ON a rather cold Friday night the Belfast Empire played host to a full on rock performance of epic proportions. As the crowd milled in anticipating a good show, little did they know what a fantastic night it was to be - minds, as they say blown...

These guys were not the usual looking rock outfit many would expect and their tight set, banter and stage presence really hit the tone. 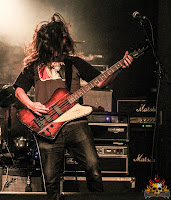 Hitting the crowd next with ‘Vince the Pince’ and finishing off with ‘She’s away’, they have an almost indifferent rock like attitude, playing for their own enjoyment, and if others want to listen, then that’s all good. They had an enjoyable Zappa jazz rock feel about them with a touch of musical experimentation about their set list. A great set to warm up the Empire Hall.

Leicester three-piece Skam, consisting of Steve Hill, Matt Gilmore, and Neal Hill, were back in Nelfast six years since their last apppearance in the city.

There were a few hardened fans in the hall and were beyond excited Skam were back. One attendee specifically there for Skam was one Cormac Neeson, lead singer of The Answer. So this promised to be an interesting affair.

Well, it wasn’t interesting. It was a hard rocking, mind blowing experience. Coming on stage, they suddenly owned it.

Firing off the Rolls Royce engines of their spitfire hard rocking set they took to the skies with ‘Between the Eyes’, ‘Iron Cross’ and ‘No Lies’. With pounding drums, rumbling bass lines, melodic hard rocking guitar riffs and superb vocals, they completely kicked ass from the first notes.

‘Fading before the Sun’, ‘Holy City’, and ‘Take it or Leave it’ entrenched their outstanding style of hard rocking with the Belfast crowd, before delivering their coup de gras with ‘’Massacre’. Each one had their own distinguishable personality with Steve on lead vocals and guitar connecting beautifully with the audience, Matt on bass strutting around like a turkey cock having a whale of a time and Neal energetically smashing the hell out of the drums.

As a singular rock unit they were supremely tight. They had a real banter and connection with the throng.

While most of the people there were awaiting Raveneye, there was a palpable disappointment Skam’s set was over. Definitely a band to catch if the opportunity ever arises. Hopefully it won’t be another six years before they are back again.

Then, almost unnoticed three unassuming likely lads nonchalantly took to the stage. For a few moments checked the equipment, and then proceeded to utterly blow the place apart with a foot stomping, uproarious gungy blues rock that had everyone’s undivided attention.

Clouting everyone round the head the night’s tour de force smashed in with ‘Hate’, ‘Come with Me’, and ‘Inside’, Raveneye just defy expectations every time they perform as they keep upping their game just when you think they did an outstanding job the last time.

Crowd favourite ‘Hey Hey Yeah’ with Oli and Aaron’s shoulder riding antics did not fail to make the hairs rise and heads bang. The crowd loved how both stalked through hall faultlessly pumping out the tuneage all the while. Next was ‘You’re a Lie’, ‘Supernova’, ‘Madeline’ and ‘Oh my Love’ continuing the amazing onslaught of superb rock that was perfectly delivered.

The interaction of Oli, Aaron and Andy showed a natural self confidence that was humble and joyful was the rock cup that spilled over into the crowd. Oli is a remarkable front man with an incredible skill as he both playfully toyed with his guitar and the audience.

‘Out of the Rain’ and ‘Breaking Out’ kept the audience on a high as they just continued the pounding beats, graceful bluesy rocked out riffs and thrumming bass before taking it down a notch to deliver ‘Eternity’, a beautifully conveyed acoustic performance.

Then, with pure and well deserved confidence, Oli just came out straight that at this time the band goes off stage only to come back on for an encore, so sod that, they would just do the extra three songs now. This led into ‘Hero’, ‘Turn the lights down’ and then to completely shake the foundations of the Empire they ended on ‘You get it’.

Overall, all the bands delivered more than was anyone could have expected. Mosmo Strange were a great warm up and Skam were utterly superb rockers. Raveneye, the absolute stars of the night, came, saw and conquered the hell out the Belfast Empire.

All the bands had an undiluted self-effacing and unpretentious attitude, even though they all had the talent to get away with being overbearingly up their own holes. They took the time with the audience on and off the stage which made the night a very special night for everyone who stayed to the end.

They got a chance to meet a number of bands that will be hitting the world recognition level in the not too distant future.

If you have an opportunity to see any of these three bands, do yourself a massive favour and do it. You will be blown away. 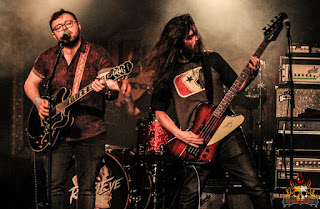 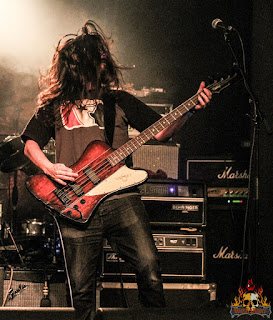 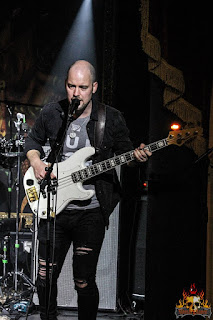 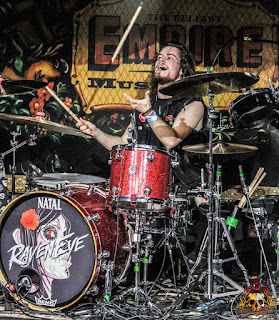 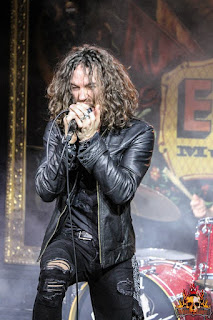 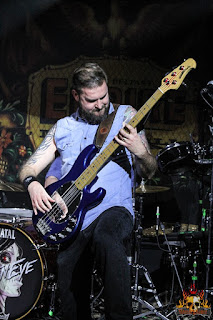