ONE wonders what the residents of Cumbria must make of Falling Red - they're not what you would expect from that rugged landscapes - instead it is a glammed up party machine that packs musical punch as all can attest to who have seen their live show.

On new release 'Lost Souls' they not only capture that but they belt it out of the park, into orbit.

Looking like escapees from Sunset Blvd taking refuge in England they may seem like just another sleaze band, but they are much, much more than that.. 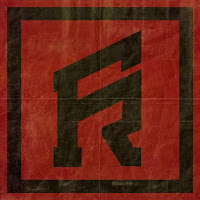 This is a diverse collection of tracks. From the pureblood sleaze, through ballads to real metallic punch.

And, there is meaning in their tracks, such as the socially aware 'Digital Disguise' and the plaintive balladic ode 'My Town, My City'.

The band says they are "post-sleaze" but sticking on the monicker 'post' does them a disservice. Instead they should be just labelled "damn-good Hard Rock!"

There is depth on this album - 'Alive' is a track many of the current rock stadium bands would be proud of.

Throughout Andrew Roze compelling vocals merge with his and Shane Kirk guitar work, melding melodies and muscle in the work-outs.

On the hard-edged - in all senses - 'Dead' Dave Sanders (drums) and Mikey Lawless (bass) propel the track on with an insistent rhythm as the gang shout-out from all snarls from the speakers to emphasise the message of the song. "We are the lost, the chosen few. The Time is now, it's waiting for you".

'Ememies' is the one-track that sounds like it was birthed in Hollywood, with its snaking guitar, anger at an individual and glorious chorus.

Looking back through many of the so-called sleaze bands in the 80s, they produced albums with real diversity, punk, metal, ballads, personal 'stuff' and Americana influences. Which is what this Cumbrian four-piece have given us here.

Falling Red have delivered a smorgasbord of sleaze on Lost Souls: they shouldn't be ashamed of the sleaze label, but take it on board, and deliver the damn fine hard rock 'n' fucking roll.

This is an album of 13 great songs that any fan of rock will greedy devour, singalong to and at the end of the 45 minutes emerge with jaw wide grin. 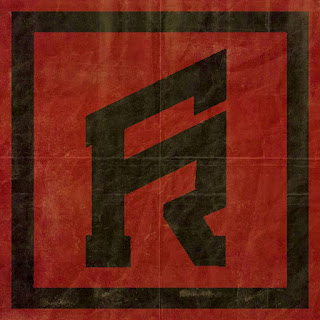