THERE are moments as a reviewer when you hear something and go "what in the name of Satan was that?" And, then you check the accompanying blurb and find it was the roar of a deer...

Yes, the roar of a deer. Sweden's Letters From The Colony don't do anything the simple way. New album 'Vignette' is an exercise in all the extremes. Death, progressive, math or whatever genre you think of, all are thrown in to produce an album packed with diverse elements. 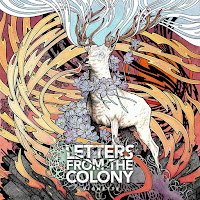 At one turn it is haunting, the next terrifyingly complex, such as on 'The Final Warning' with its shifts from intricacy to chugging along.

More than anything, however, this is a musical journey allied with a lyrical concept, that can be dug out from Alexander Backland's angered vocal lines.

That concept may be about the fragility of our planet, but apart from the instrumental interlude of 'This Creature Will Haunt Us Forever' there is nothing fragile about Letters From The Colony on 'Vignette'.

When it comes to producing such technically complex music allied to the extremities of death metal the demand for precision can sometimes compromise the 'soul' of the material. Despite the weft and weave of the songs there is soul throughout the album. Even if chief songwriter Sebastian Svalland admits that he had to write out tablature to explain the structure of the riffs...

What is evident is that they may have taken eight years of line-up changes and detailed thinking this début album packs a punch. There is a thoughtfulness that goes beyond simply making an album with loads of elements.

'Terminus' and 'Glass Houses' are perfect examples of this - fury in the music and fury in the words, but crafted to be more than howls of anger, but pointedly harnessing that anger.

The story of the album, however, are the opening weirdness of 'Galax' and the close to epic closer ''Vignette'.

'Galax' veers in its eight minute journey from full on attack through a delicate, almost trippy  interlude back to complexity, but always with a sense of space for the development of each element.

According to Letters From The Colony the purity of the deer in comparison to the vainglorious, greedy, all-consuming nature of humankind is a metaphor.

On the title track the sampled deer is there, therefore, for a reason. But more than that this track is a 12-minute monster. It could have ran out of control, but has enough elements that harken back to more traditional 70s style prog brought bang up to date with its structure and ferocity.

Within that structure is an exploration, including a lovely touch with the saxophone that contextualises the other parts of the song: rage can be expressed in many ways...

Even with its serious nature this a track to wallow in.

In fact Letters From The Colony have produced an album that you can wallow in, enjoy on many levels. However, what is most important is that is an album with real heart.

Vignette is released on Nuclear Blast on 16th February. 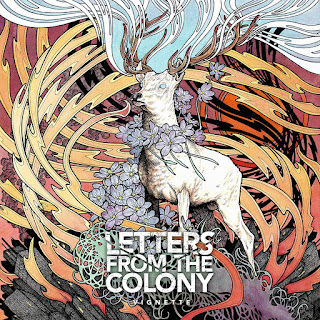