NEWS: No Hot Ashes added to Ramblin Man Fair in round of announcements including Myles Kennedy

NORTHERN Ireland's own No Hot Ashes has been added to Ramblin’ Man Fair, along with Myles Kennedy.

Also announced are Skinny Molly, Thomas Wynn And The Believers, and Second Relation.

Myles Kennedy will play the Country Stage as special guest.

As the singer/songwriter of Alterbridge and also Slash’s band Myles Kennedy And The Conspirators, Kennedy has established himself as one of the defining rock voices of his generation. 2018 saw the release of his first solo album “Year Of the Tiger”.

“I’ve always wanted to make a record where I could have the opportunity to explore and document a different element of my musical DNA,” he says, citing his love for the blues, R&B, and acoustic based music and listing such influences as Mississippi John Hurt, Chris Whitley, K.D Lang, Nick Drake and the acoustic songs on Led Zeppelin 3 and 4.

“I was trying to tap into something a little more subtle, as opposed to a big, bombastic, high gain sonic attack.”

The festival will take place in Mote Park in Maidstone, Kent. The park is one of the largest in South East England with more than 450 acres of mature parkland and a 30-acre lake. With multiple travel links via train (Ashford International, Maidstone East and Maidstone West in close proximity) and road (with three park and rides available around Maidstone). The festival site is also perfect for European festival goers with easy links to the London airports, Eurostar via Ashford Int’l and Channel Ferries to and from mainland Europe. 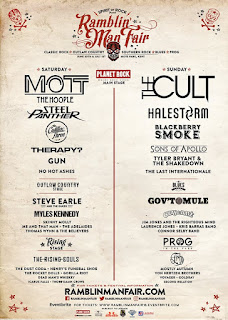