On April 21st – aka Record Store Day - Motörhead will be issuing a 7” picture disc of their runaway hit cover version of David Bowie’s “Heroes”, with the art featuring a new “sketch” take on the classic war-pig.

The flip-side features “Heroes (the Wacken Family Choir Mix)” with previously unheard audio of the crowd at 2017’s Wacken Festival singing along to the single as it was being officially launched via the festival PA, an emotional moment of celebration and tribute which can now be shared globally. 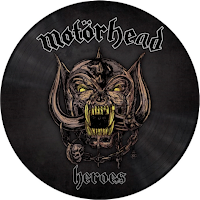 “It’s such a great Bowie song, one of his best, and I could only see great things coming from it out of us,” said guitarist Phil Campbell, whilst drummer Mikkey Dee added, “Lemmy was very, very proud of it, not only because it turned out so well, but because it was fun!”

Motörhead remain one of the true premier giants of rock’n’roll, continuing to be celebrated by fans worldwide despite the tragic passing of leader/founding member Ian “Lemmy” Kilmister in December 2015. Their last studio album, Bad Magic, reached the top 20 album charts in 17 countries worldwide, including a #1 spot in Germany. Their latest album, Under Cöver, was a top 20 album in both Germany and the UK.

Morbid Angel will be releasing a limited edition collectible vinyl in the shape of a 12” picture disc edition of their latest, rabidly-received death metal classic album Kingdoms Disdained. 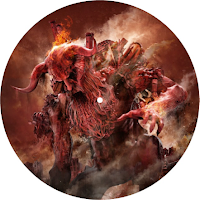 The disc - featuring the original cover art created by mixed-media artist Ken Coleman - will be housed in a clear PVC sleeve with product sticker.

Europe will release a 12”, picture-disc of their latest album Walk The Earth (which just won a Swedish Grammy for Best Album) featuring the cover art by famed Los Angeles artist Mike Sportes of Filth Mart.

The Picture Disc will be housed in a clear PVC sleeve with product sticker. 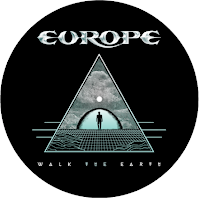