THE first time we played Tax The Heat's new album 'Change Your Position' we have to admit that the canine protector of metal mansions gave us a glower, as in what the fuck is that...

But, by the second listen his curled lips refrained from savaging the disc, with tail wagging along to the likes of 'Wearing A Disguise'. 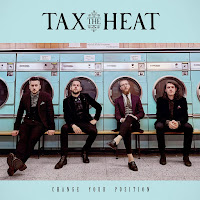 To be fair to the dog, we also had out doubts too. The album seemed a little steeped in that awful genre of 'contemporary rock' much favoured by the mainstream stations.

However, take the time with 'Change Your Position' and there is no bile rising but that certain something that just grabs your attention. Fuck it, the closer 'The Symphony Has Begun' is just a great hard rock song in this collection.

And, the album is peppered with tracks that after the first listen compels you to listen again.

The Bristolians have managed to compile an album that has allure. Set aside some of the pandering to the crowd and this is packed with wit, musical dexterity, and just the right amount of social commentary.

'Cut Your Chains' deserves a play on many a playlist, while 'On The Run' is destined to be a live classic.

To give you an insight into what a reviewer gets, as well as the album is a clatter of information about the album and quotations from the band, along with all the puff (Editor's note: we did the same for years in a non-music PR so no blame apportioned).

Even before we read the blurb it was clear that 'Change Your Position' was an album that has its roots firmly planted in 2018. Alex Vale's vocals may turn some off in the hard rock audience, but his delivery is perfect for an observational lyricist. And, from the personal to the profound he is clear in what he sees and talks about.

What became clear to us  - and the Mutt of Metal Mansions - after several listens to this Tax The Heat release is that while they nod to The Beatles, Bowie and The Bronx this is in its heart a hard rock album that we enjoy.

Change Your Position is out now on Nuclear Blast 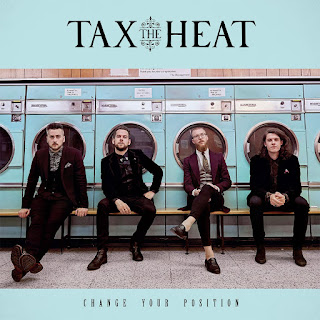