The band have released a new single 'Your Summer Sun' ahead of the SSE Arena show and an appearance at Hard Rock Hell AOR. Video is at the end of this post. 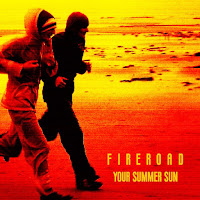 Your Summer Sun is released on Friday 9th March and will be available through all major download sites and streaming services.

Sonically they have been likened to Springsteen, Mellencamp and Welsh compatriots, Stereophonics. Lyrically Fireroad tell tales of the underdog, of life’s fighters, the stories of the everyman with heartfelt sincerity and authenticity.

The song is taken from their second album, ‘Flesh, Blood & Bone’ which received a very limited release in 2017; the album is now being repackaged as a Special Edition and will include bonus material. The album is slated for release in October 2018.

Frontman, Richard Jones said: "It's a song about wanting to see the best side of a person, about the warmth that people are capable of giving to each other. Sometimes it's not there or it's hidden for some reason. People treat each other poorly sometimes. It's about letting your best side shine. There's enough darkness in the world."