WITH each new album a band has to take a decision - to go on as before, or to challenge themselves. With 'Cold Star Dancer' Maverick have taken the decision not to re-tread past glories, but to stretch themselves to new heights.

Make no mistake - this isn't a revolution, but an evolution: a band that is comfortable in their own skins to take their sound, know what works and what will bring existing fans with them, and attract newcomers to the Maverick party. And to rock out like bastards ready to take on the world 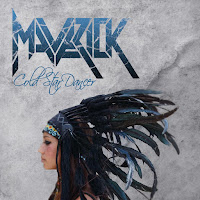 From their early days of playing á la 80s cock rock exuberance Maverick in 2018 are now a force of nature. Heavy enough to bring metalheads along for the neck aching journey, and imbued with melody to have hard rock fans palpitating.

Take, for example the title track 'Cold Star Dancer' All the elements of Maverick are present, but it has a presence - a sense of being in the moment - that sees the band rise up and stand proud.

Before any existing fan panic, don't! For all the evolutionary change Maverick can still produce tunes that etch themselves into your cerebral cortex as if 100 fisherman had hooks in your brain. 'Tonight' is such a track...the hook and melody work themselves deep into your psyche and won't let go.

But, what makes this so much better than anything that Maverick have done before is the confidence that oozes from every note. Would they have dared to take on a track such a 'Magellan Rise' before? No. But now they have taken the epic story of the Portuguese sailor who circumnavigated the world into an epic tale, and an epic song.

Equally, the warriors trained by Achilles, the 'Myrmidon' are celebrated in a song that prances and rolls with metal heart and a melody that snares you. Epic tales of ancient Greece - sign us up!

And, that rhythm section - fuck sake, it's on another level. Sure the Balfour brothers lead from the front, but the there is a sense of purpose that establishes a platform that takes the band to miles above the sea level depths plumbed by lesser beasts.

'Viper', for example will leave you gasping...When they perform this live we suggest you apply Factor 50 sunscreen because your face will be melted.

David Balfour's singing sees him stretch himself like never before. Some of the notes he reaches had all the dogs in the neighbourhood gathering around Metal Mansions in admiration.

As for the soloing - that careful balance between exuberance and matching the song is executed by Ryan.

What makes the entire album wok is that Maverick have the touchstones in their formative years; they doff their caps to that growing up, but no longer can you pick out a band fixated on their influences - now it is a band that stand loud and fucking proud in their own right.

As we chewed over each line of 'Devil's Night', analysed the arrangement, took on board their energy we realised that Maverick have created something special in the shape of 'Cold Star Dancer'.

If the world was a just place this album could propel Maverick into the major league - and we think that it might just do that.


Cold Star Dancer will be launched on Friday, March 30th at Limeligh2 in Belfast 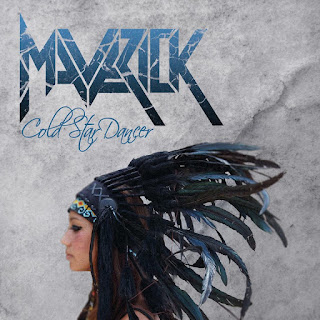