LIVE REVIEW: Cradle of Filth curdle the light in dark tales of death

CRADLE of Filth are riding high on the strength of 'Hammer of the Witches' and their current release 'Cryptoriana - The Seductiveness of Decay' - and there is no weakening in live performances as demonstrated in a stunning darkly delightful show in Belfast on the night before Halloween.

Indeed, it was a show of grit and showmanship, slick but not too overly polished that it lacked soul.

Equally tour support act, Savage Messiah, produced an eye-opening set of thrash that was tight and with enough metal groove to avoid a stilted set - with their iconic 'Hellblazer' the stand-out.

Founder, Dave Silver, delivers a confident vocal and lead performance. Tightly linked with the playing of six-string accomplice, Sam S Junior, this was a tour de force outing, only marred by not enough people making the effort to see this band, currently celebrating their tenth anniversary.

But the neighbouring bar emptied quickly before Cradle of Filth, the crowd almost rabid in expectation.

To hear an audience yelling along to 'Gilded Cunt' is an aural treat that was but an appetiser for what was at times a jaw-dropping set.

What is most striking about the set is how well the material from the last two releases sits so well with the older material. 'Heartbreak and Seance' and 'Achingly Beautiful' demonstrate that this is a band re-vitalised in 2017, and seemingly determined to drive ever forward.

Dani Filth as always is the twisted ringmaster at this black circus. Energetic, with charisma oozing like murk from his pores.

The gothic metal schtick may be over-emphasised at times as a descriptive term but tonight in the Limelight the theme of gothic darkness was equally matched by the metal weight.

Lindsay Schoolcraft's searing, beautiful vocals are the foil for Dani's guttural lows and high-pitched shrieks. However, the twin attack of Richard and Marek provide a soundscape that allows each song the breath it deserves, while Martin (drums) and Daniel (bass) are the beating, diseased heart of the set.

Cradle of Filth have an established fan base, but on what was on display in Belfast there is no complacency, no diminishing of effort.

What light there was on the eve of Halloween was curdled, crushed into a nightmare that nevertheless left those in attendances grinning. For the casual revellers outside it may have seemed a death mask on the faces of those emerging, but it was only a deathly delight for the fans of Filth. 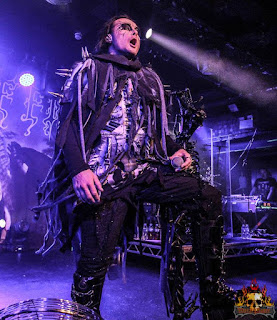 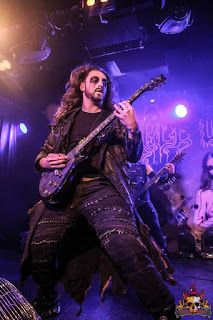 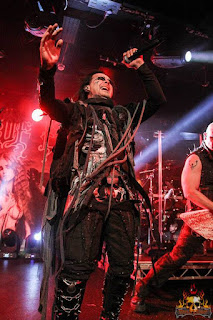 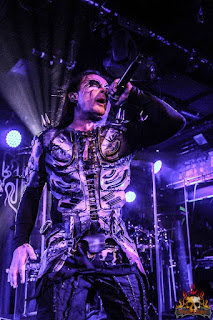 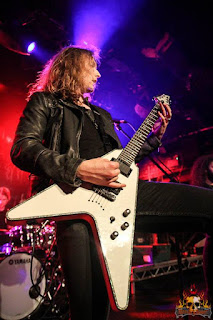 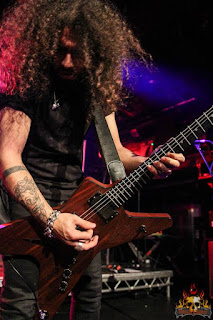 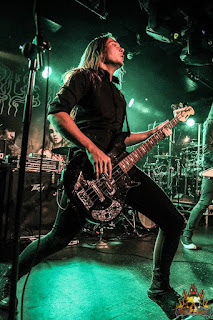 Email ThisBlogThis!Share to TwitterShare to FacebookShare to Pinterest
Labels: Cradle of Filth, Cryptoriana, Hammer of The Witches, Limelight 1, Savage Messiah, The Distortion Project