ALBUM REVIEW: Re-kindling the past - Ram transport us on Rod

FOR a band called RAM releasing an album called 'Rod' is surely a recipe for disaster...and no we won't call you Shirley again...

That rather obscure reference to Airplane for the uninitiated touches upon why RAM touched something in our collective consciousness here at Metal Mansions. We can glory, or not, in the past - it's all history. 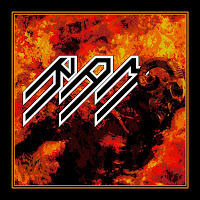 But this is metal. We revel in our roots. We don't just look back fondly at the part. We seize the roots and influences with mailed fists, and yell thanks to Odin and all his offspring.

At first when we played Rod, we feared that this was a bit too far on the re-enactment spectrum, but after a couple of spins, a few quaffs of mead and a visit from Huginn and Muninn we 'got it'.

What RAM have done is produce an album that deserves acclaim. It recalls the moment we first put 2112 on the turntable, listened the concept side and then flipped over to the 'song' side.

Don't fret metal people - RAM haven't suddenly turned into a prog rock parody. They have stayed true to their belief in 'true metal' and keep to the vision they have had since Harry Granroth picked up his axe in 1999.

This is an album, literally of two halves. Four traditional RAM tracks and six parts telling the tale of 'Ramrod - The Destroyer'.

Of the first four songs they have a familiar sound and resonance from past RAM tracks, but this time given a little more time to musically explore - the seven-minute plus 'Gulag' in particulars stands out, with some neat arrangements and well executed pieces of work.

Then 'flip' it over to the six-piece story of Ramrod. Stop sniggering...it's not as if some of the metal in the 80s could ever be accused of being serious literary works. The story is ridiculous, but as we should have learned at school the suspension of disbelief is key to the enjoyment of any art.

It is a section that should be taken with large pinches of salt by the more furrowed brow critics, but for the rest of us it is glorious. Gloriously daft, but still glorious. Hell, 'Ignitor' is simply a great song.

Remember, rock 'n' roll doesn't have to be po-faced. It is a narrative that just works, whether it is a post-modern construct or just something to enjoy. And, we enjoyed RAM's latest release.


Rod by RAM is out now on Metal Blade 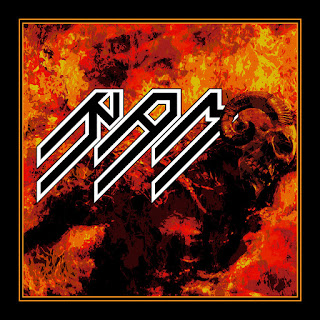