NEWS: Halloween rocks out to The Raven Age

IT was Halloween night in Belfast's Limelight 2 but all the tricks were in the music and the whole thing was definitely a superb treat.

The Raven Age were playing the Limelight with Safire in support and what a show they both put on. 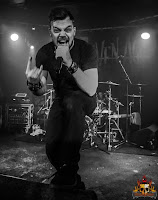 Safire blasted onto the stage with 'Skin'. The band never fails to impress with their tight partnership and Saffron’s vocals blend beautifully with the Tim Torrens’ dedicated guitar work.

Cozy’s drums were outstanding and Dean’s bass playwork, as always, perfectly entertaining. They looked like they loved being on stage making music and the audience felt it.

Rocking through 'Cross', 'Miracles' and Sunshine Saffron belted out 'Save You' with pure, raw emotion. 'Outta’ Town' led on to 'Heartbreaker' to finish off an absolutely cracking set.

The Raven Age blew out what little cobwebs were left in the place and sent the ghosties scurrying as they primed the audience for what was to come with 'Darkness will Rise'.

Ploughing with their heavy driving rhythm, the band led the audience to the 'Promised Land' and 'into The Merciful One'.

Appropriately on this most evil of evenings then came 'Salem’s Fate' and the ponderously great 'The Death March'.

Michael Burrough’s vocals blended in perfectly with the heavy riffs that were churned out. His voice would fleet from a pure, clean tone to a hard, heavy rawness. Feet were stomped and heads were banged. 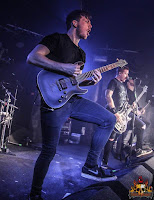 'Uprising' and 'Eye among the Blind' continued the blitz on Belfast with a perfect heavy rock combo.

Jai Patel’s drums were loud, proud and made the whole place jump to every beat. Matt Cox on Bass was a joy to behold and of course George Harris on lead was tight with all his work.

'Age of the Raven' continued to exemplify the whole band’s stage presence. Michael is a superb frontman with a mischievous banter that was well received.

Coming into the audience, picking attendees out and having perfectly timed chats. This was an interactive gig and it felt the whole place just had a great big grin on its face.

'Dying Embers of Life' and 'Trapped within the Shadows' just kept the whole place pumped.
'My Revenge' reflected Halloween with its slow creepy intro before guitarist’s Tony Maue guttural utterings pulled the audience into a fast heavy thrash pommelling until the whole song settled into its own groove. 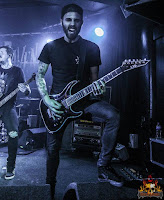 The finale was 'Angel in Disgrace'. And what a finale! Sore necks were the order of the day as resistance to head banging was futile.

At any other time Limelight 2 would have been filled for this perfect storm of rock, and while the quantity may not have been there the quality of enjoyment and enthusiasm made up for it.

From hardened grizzled rockers to the young wolves of metal everyone left with a smile on their face. Both bands are well worth checking out and seeing live is a must. 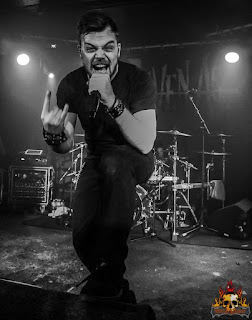 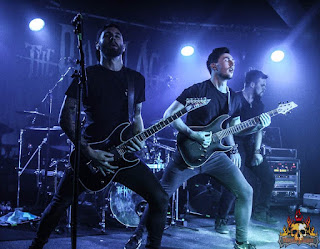 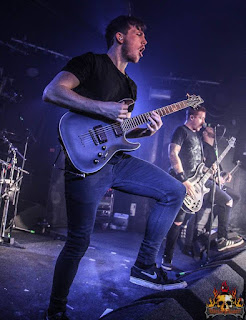 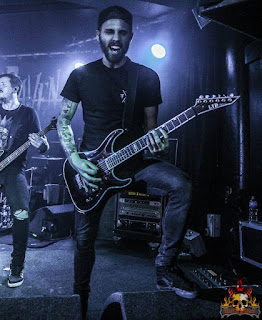 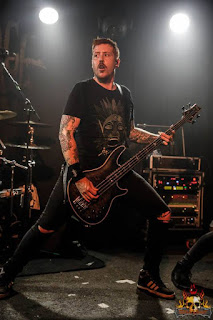