AS a form of music the extreme ends of metal - and death metal in particular has the power to frighten the pets and mystify the uninitiated. But aficionados in Belfast at the April 18th Warzone Centre bash saw Yank rockers Skinned roar, ably supported by The Crawling, Wardomized and Zombified.

With a single recently out on Grindscene Records The Crawling are a welcome breath of fetid death as they pour out slowed down death, with groove brought in only when needed - the rest of the time the three-piece grind down listeners with intent to injure the aural tracts of all in attendance.

Warzdomized, on the other hand fall to pieces halfway through their set. Normally they manage to retain some semblance of structure on their blackened thrash, but this time they were two songs in and arrangements and playing fell apart.

Perhaps they were thrown off kilter by the over-enthusiastic crowd response that saw many of the younger participants join the band on stage.

By contrast Zombified are always on their death metal game. From the moment the unearthly voice of Pete Clarke shatters the Belfast air you know Zombified are here to slay.

Cruelly robbed recently of a semi-final slot in a Metal To The Masses heat they are undeterred as the dual guitar attack left many stunned by the ferocity, especially with Jamie and Adrien on top form.

For the majority Skinned were an unknown quantity - but within minutes the band had acolytes across most at the Warzone.

The four-piece (Travis, Erik, Dale and Jonathan) play with a poise that makes their metallic attack all that more deadly.

There is a real sense that as well as immaculate playing the arrangements within each track help enhance the experience.

It was a perfect conclusion to an evening that saw three bands blast apart any preconceptions about the ability of death metal to entertain and engage, and another band fail to realise their potential. 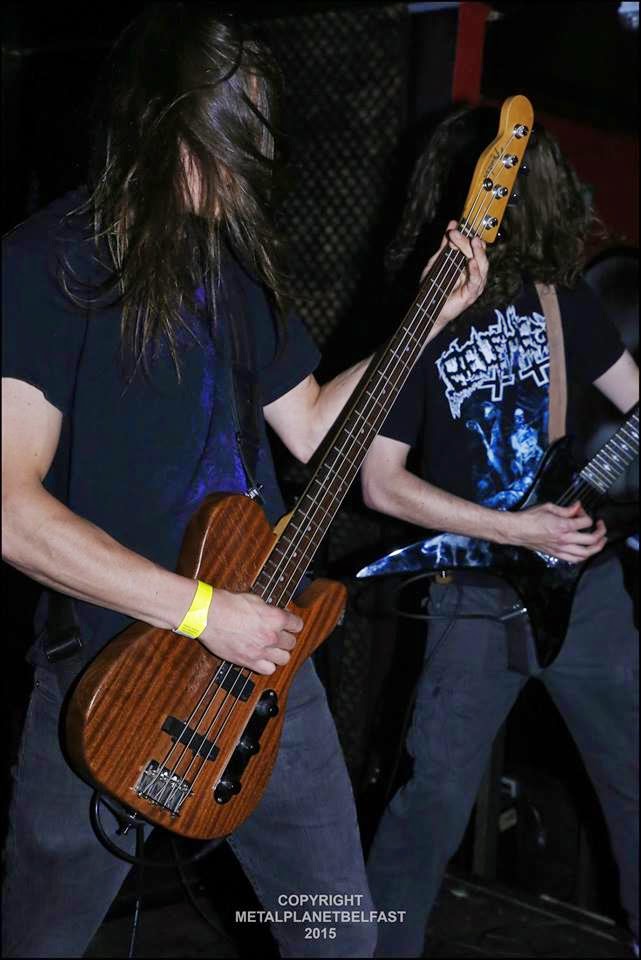 Abosulute bollox sound at this sort it out warzone!
Zombified and Skinned good - woeful sound didn't help though. Audience left before headliners played too.....
Baggy