LIVE REVIEW: Ironheart and Sinocence pound the Diamond with a glorious metal assault

THERE is an art and craft in playing heavy metal. No matter what genre or sub genre it requires discipline and devotion to deliver the art form. It may seem too pretentious to refer to the riff-laden music of metal as an art form, but when it is done right it is worthy of the title of art.

When Sinocence and Ironheart played the Diamond Rock Club on June 4th both bands put on a show that was nothing short of metal art; songs crafted and honed; each lick, riff and drumbeat precise; and, each movement the result of dedicated rehearsal.

Ironheart have developed and continue to develop as a force, their music a clarion call for all those disenchanted

with the world around us.

Stevie commands from the front, his visage alternating between grins and pain as he sings about a world where 'Revolution Calls'.

Flanked by Shaun and Davey delivering a range of axe excellence, complementing each other's calculated crescendos. Both are top notch players and have the chops to make sure that the tunes are allowed the natural exuberance to flow through.

Tom and Andrew keep the whole thing flowing as the likes of 'Industrial Slaves' and 'Heroes Of The Lost World' roll forth. Stand-out track for many, especially with its singalong chorus, is 'Fight The Oppressor'. Power metal and classic metal all rolled into on.

Many great things lie ahead for Ironheart.

As is the case for Sinocence. Of course they have a wealth of experience, but the introduction of new sticksman Ben seems to have reinvigorated the band in recent performances, as was the case at the Diamond.

Despite some early issues with the sound, the four piece quickly settled in. By the time 'Long Way Down' erupted they were in full flow. Anto was assured and fluent on the lead breaks, and Jim and Moro gelled in a furious rhythm combination, as Ben added pounding out emphasis on each fill.

Moro gave an at times spine-chilling vocal demonstration, with 'Making Monsters' and 'Metal Box' showcase tunes on the night.

With work underway on Vol 3 of their ep trilogy, it is clear that the Sinners are reaching the next level on their journey. The past year has been bumpy for the band for a variety of reasons, but based on their last three shows they are evolving to new metallic heights.

We can't wait to see the show when they play all three volumes one after another.

Review by Jonny - Pics by Jonny. Reproduction by explicit written permission only.

Footnote - Unfortunately the show was not well attended. As a result of a clash with other shows and the imminent run of festivals across Europe this may be understandable. 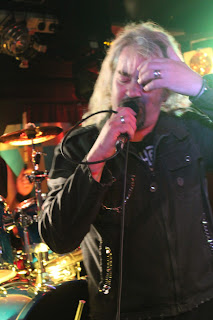 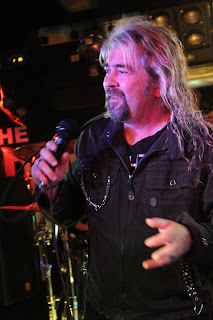 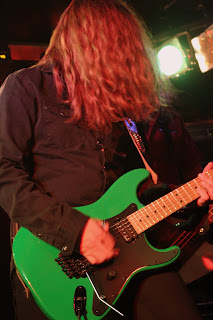 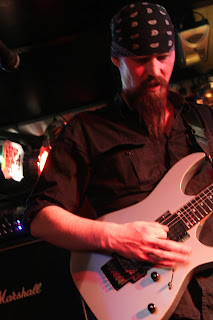 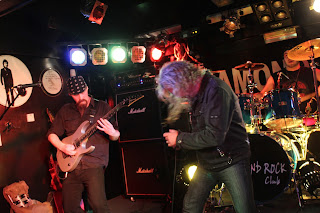 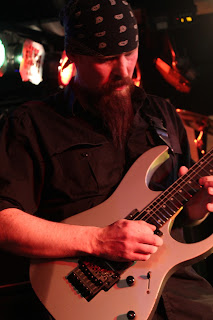 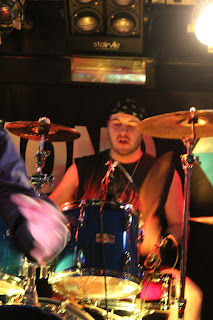 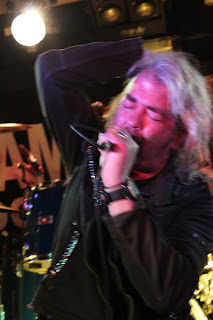 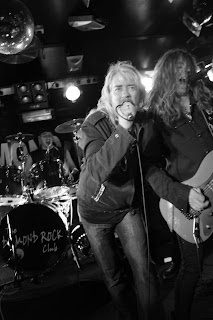 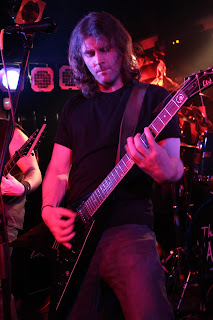 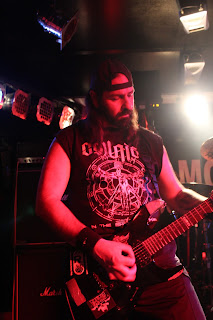 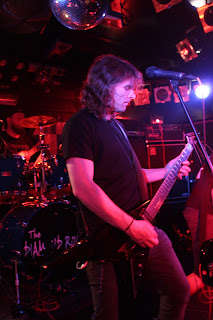 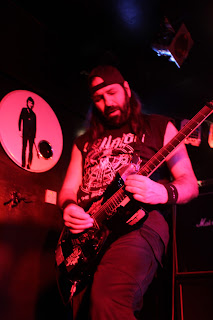 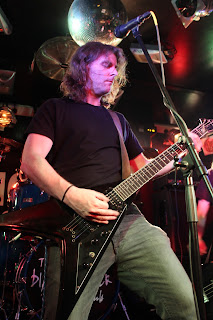 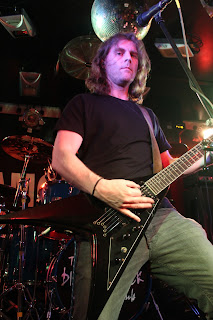 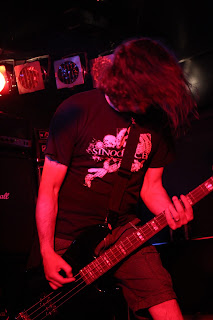 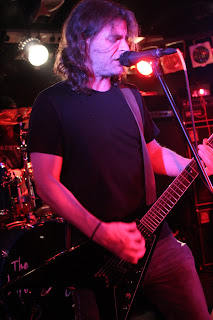 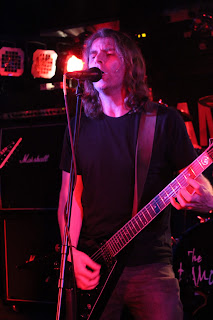