RIGHT now there is football to distract us from the crucial issues of the day such as how will the EU Referendum result affect the price of a pint.

Until such weighty matters are resolved there was little else to do destroy your senses and sensibilities with a Saturday evening of super metal chaos, as hosted by The Distortion Project in the shadowy depths of Limelight2, where from five to nine pm triple metal terror descended.

Two Tales of Woe, Bad Boat and Erosion brought a diverse, yet brilliant sets of excellence, performed with vigour, wit and no shortage of banter - but most of all a superb collection of riffs.

It would be easy for any of the three acts to be complacent in front of what was an audience familiar with their sound, but they all played as if in front of a much larger crowd.

Openers, Erosion use the word 'alt' to describe one element of their sound, yet, with the prog elements to their song arrangements if it is 'alt' it is 'alt prog metal groove', which to be sure is stretching the sub-genres of metal to breaking point.

Whatever they choose to describe them there is no doubt that in a few short months they have grown in stature and confidence. Songs such as 'Gunslinger' and the cover of 'Deth's 'Train of Consequence' have sharp aural focus.

In terms of focus, what was an initial issue in terms of Mark Stewart singing and drumming has dissipated, and Stephen, Gavin and Martin look less uncomfortable.


The only downside was a slighty muddy sound, diluting some of the more subtle sounds from the band. Nevertheless, 'Medicate My Head' and 'Cast My Shadow' were songs to celebrate their development.

The muddy sound continued as Bad Boat took to the stage, but with great gusto and bravura the band bounded into each track with smiles, before battering all present into blissful submission.

They were even daring enough to air a new song - 'Acid Dice'. Since getting back into gig formation Bad Boat have proved how badly they have been missed, and how they deserve more attention.

Tom towers over most in terms of presence and vocal delivery, at ease yet professional, pummelling out tracks like 'The World is Yours' and 'Lonely Doom'.

BB play as a cohesive unit: anchored by Stephen's drumming, Niall, John and Andy bring solid groove, with grace and grandiosity as 'Beyond the Deadline and Uphill Struggle' showcase songs that have been allowed to develop over time.

Dubliner's Two Tales of Woe are no strangers to Belfast, frequently making the journey to bring their own brand of metal sludge to the stage.

Smooth doom, crushing, yet fun, Carl and co, did have their set slightly reduced (closer, City of Doom was dropped) but they still slammed the Limelight into submission.

While the sound was 'less muddy' they managed to bring the tone down, yet maintain a precision that belied their doom roots.

'Visions' and single 'Burning Lands' were excellent as Dan and Justin's guitars interweaved and delighted.

However, on the likes of 'The Oak of Memory' and 'Not Ready to Die' it is Dave (bass) and Kelvin (drums) that keep the momentum as a rhythm section that never errs from its mission.

TTOW provide what can only be described as their own take on what could - but doesn't - descend into cliché. Instead they manage to display a nicely nuanced take on this brand of metal. Please return soon.

In all, these three bands metaphorically shook the hands of each and every person present, got them shaking and provided a brief respite from the mundanities of daily life with delightful metal. 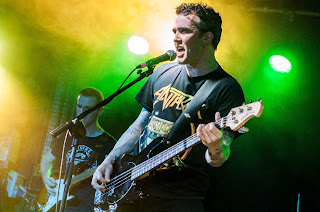 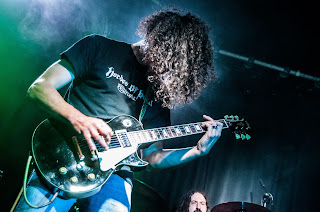 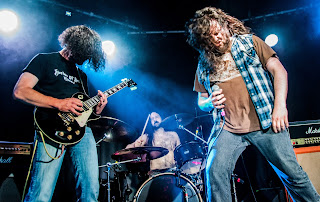 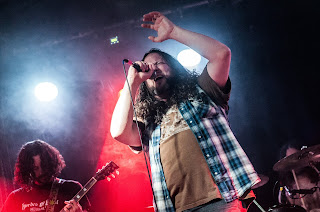 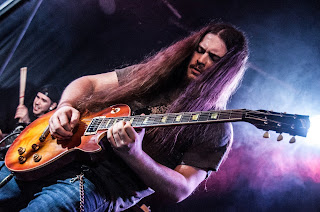 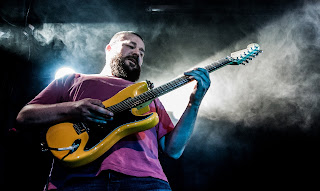 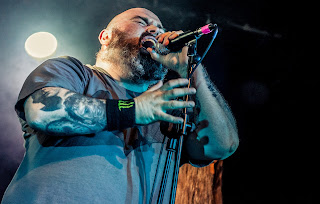 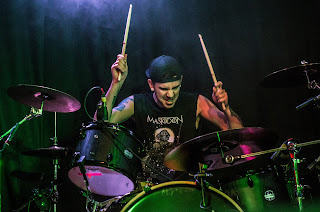