Yep, arriving at the auspicious age of 13 in the fickle world of heavy metal is no mean achievement, and Sinocence deserved to bask in this celebration as they move on to their next chapter with 'No Gods, No Masters Vol 2' moving closer to completion.

After Friday night's blast with Maverick, Conjuring Fate and Villanova Junction (review here) this was further evidence of the diversity of styles and sheer talent on evidence in Northern Ireland.

Despite Thomas Marshall's twisted ankle he maintained his presence, playing a rhythm foil for Stuart McLoughlin's lead, and matching the melodic runs.

Growing with every performance the next stage is to make each track more distinctive by altering their set's pacing and considering at times varying guitar tones. However, overall Donum Dei's performance once again screamed potential.

Cutter's stoner metal is performed with aplomb and with a straightforward attitude to their style, and a real focus on delivering.

Featuring songs from the 'No Light' ep Cutter were worthy of a close listen - but why the hats?

Ritalin - even triple doses -  couldn't keep Chris (CC) from By Any Means calm on stage or off stage...from the start he's rampaging on the floor, calling his hymns of hysterical anger as he runs and stamps throughout the venue - or at least as far as his mic cable will allow.

But while many focus on CC's roaming and charismatic energy it is By Any Means total output that deserves recognition and utmost respect.

To have metalheads, hardcore fans, rockers and almost everyone joining in with "Built On, Respect" reflects the acclaim and the respect that By Any Means have earned that respect; and in true hardcore style Steve Martin and hard core chanter Wayne Donaldson (from Defyed) joined in on vocals...as well as anyone else who knew the words.... Earned with honesty, earned with basically true hardcore attitude.

Is it wrong to have such fun when By Any Means batter their hardcore hymns? No, because with that honesty comes devotion. (And everyone enjoyed the moment when CC tapped the mobile phone of someone not paying sufficient attention...)

Collapse travelled all the way from Engerland for the Sinocence celebrations...and what a surprise they turned out to be...a fucking loud surprise!

Fronted by the huge unit that is Harry Watson, Collapse delivered a huge noise. Not familiar with their output previously, suffice to say the commitment, the modern thrash, the pounding was enough to convince almost all who attended to check out more Collapse tunes.

Guitarists Andy Ongley and Christain Stevens laid down some awe inspiring riffing and soloing. Fuck they were the right type of loud.

Ahh Sinocence...13 years and still thrashing out the metal the right way. 'Long Way Down'? Great song, but fuck no, they're on the up not going down!

This was proof that making a long journey can result in a destination that is a mere waypoint towards yet more excellence. (Read an interview with Anto here.)

New song from 'No Gods, No Master Vol 2' 'Ascension Code' slots seamlessly into a set that reached back through their back catalogue with 'Perfect Denial' and 'Metal Box'. Too many great songs to mention...

Anto's soloing, Moro's riffing, Jim's bass attack and Davy's drums meld into a tuneful brutality that reaches down to the core of all true devotees of 'The Metal'.

Still going strong - 13 years is just a date on the journey, a date that was marked in style, marked with a Distortion Project RockD show that deserves to be noted as a benchmark for all that follows.

We all should hail Sinocence, groove with Cutter, get down with By Any Means, and thrash it all out with Collapse and Donum Dei. 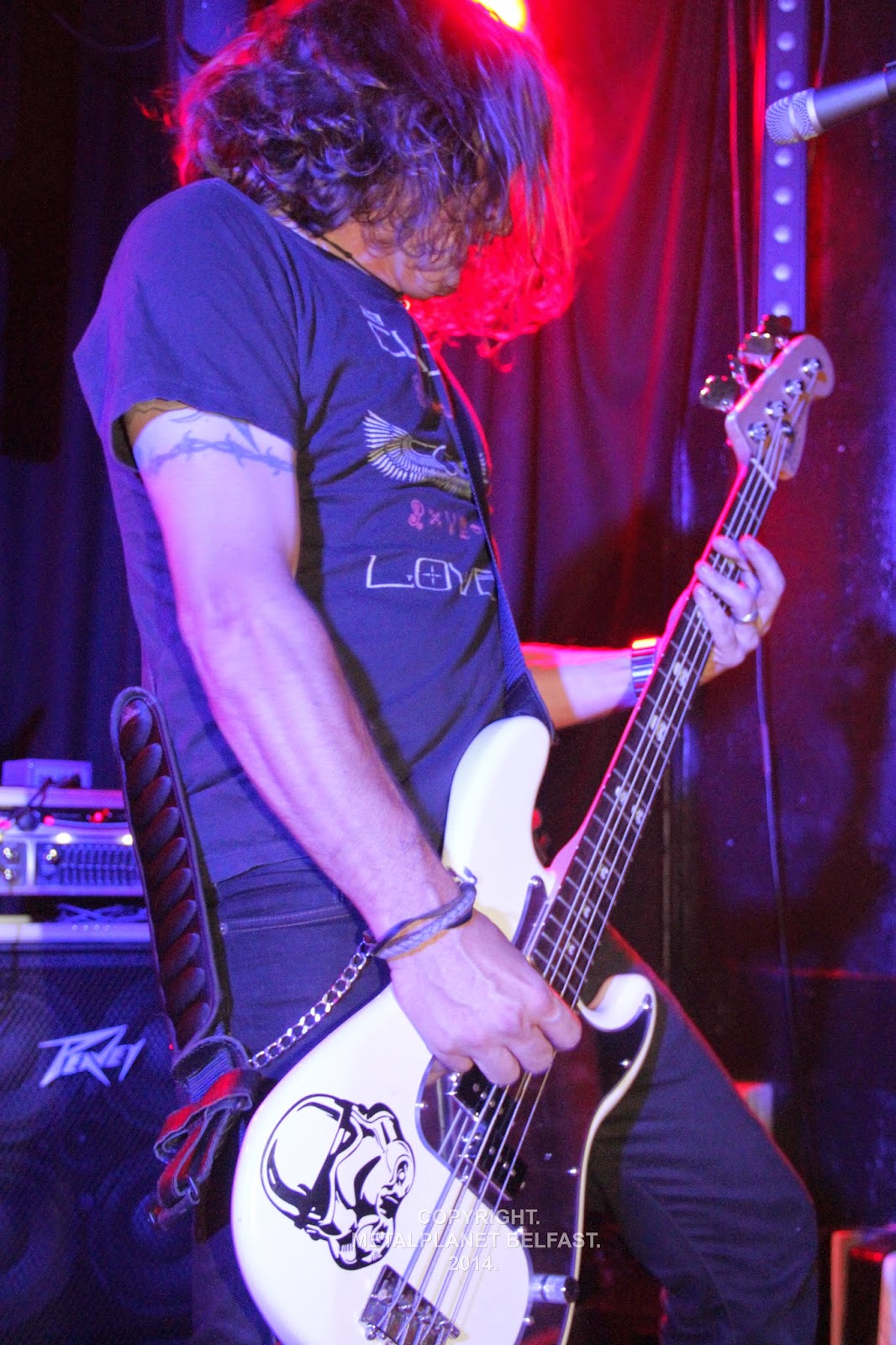 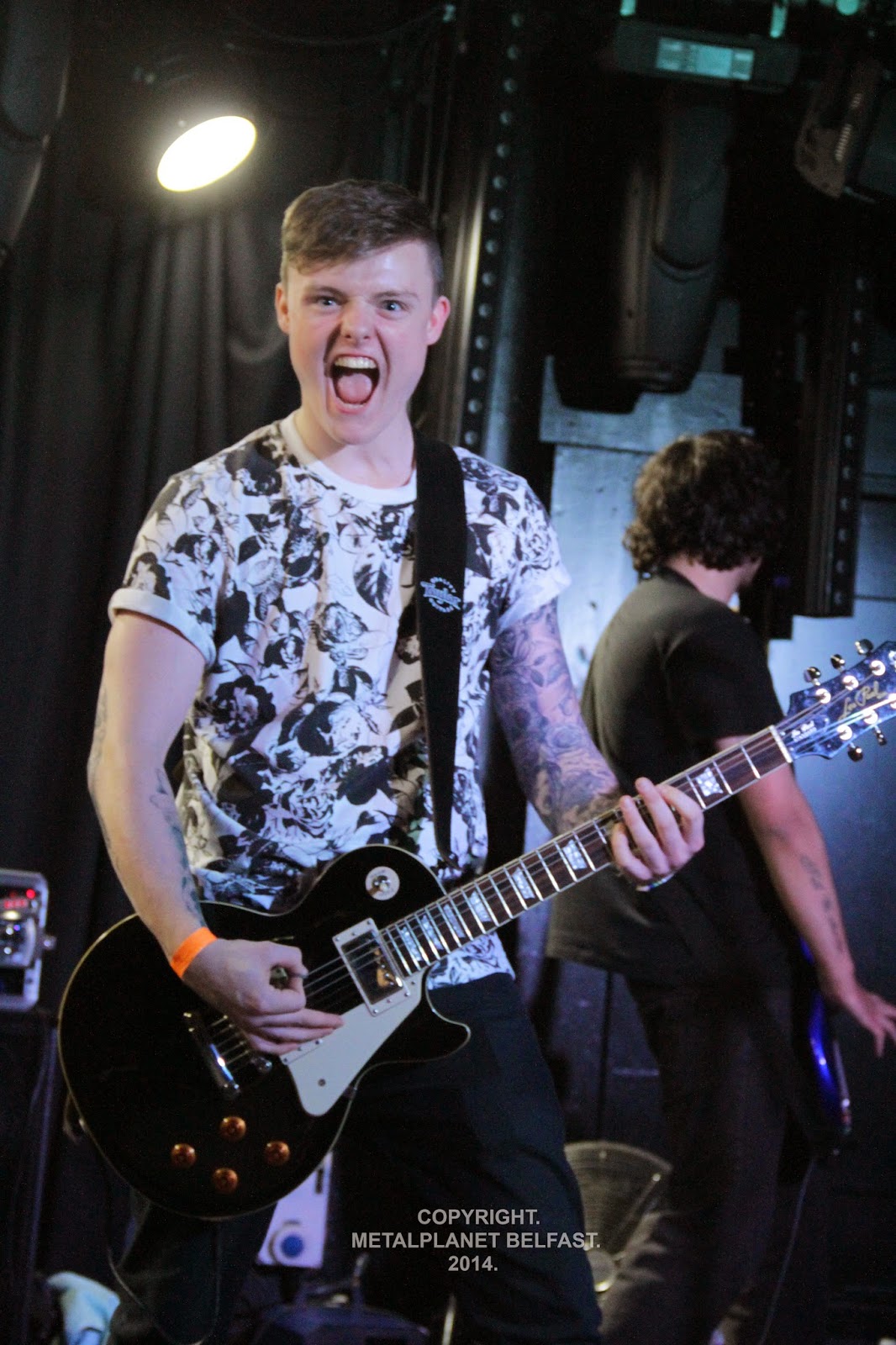 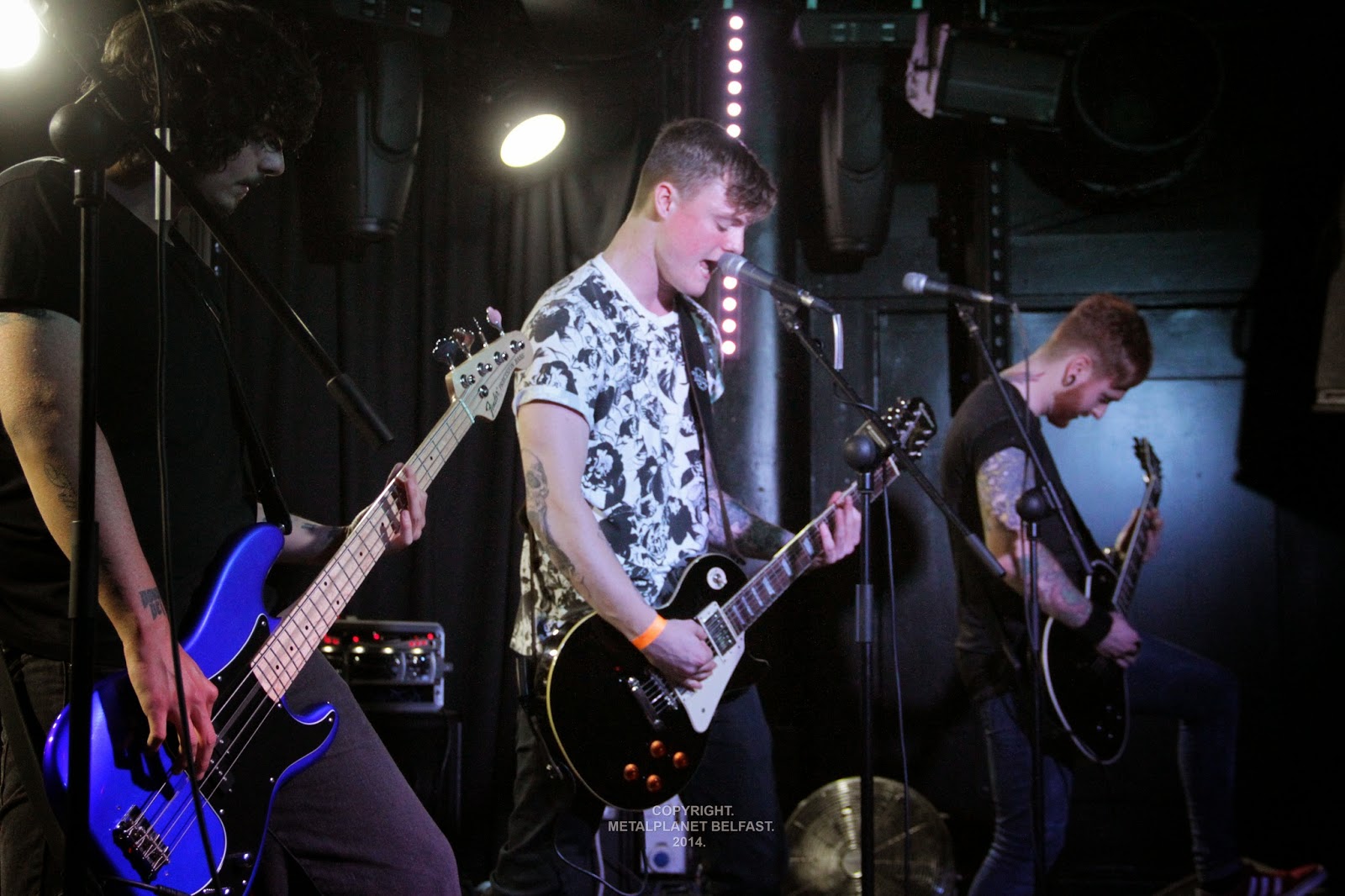 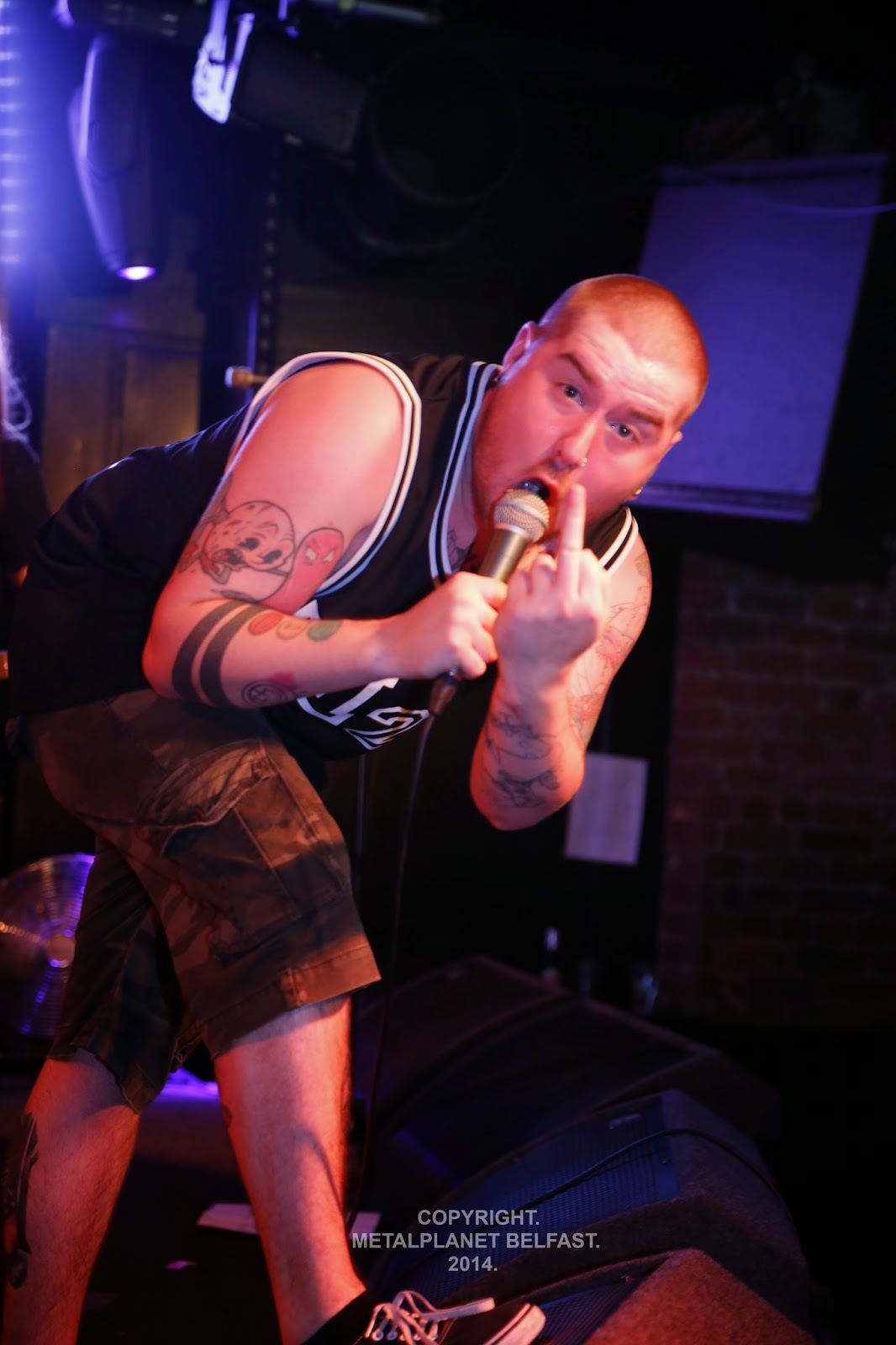 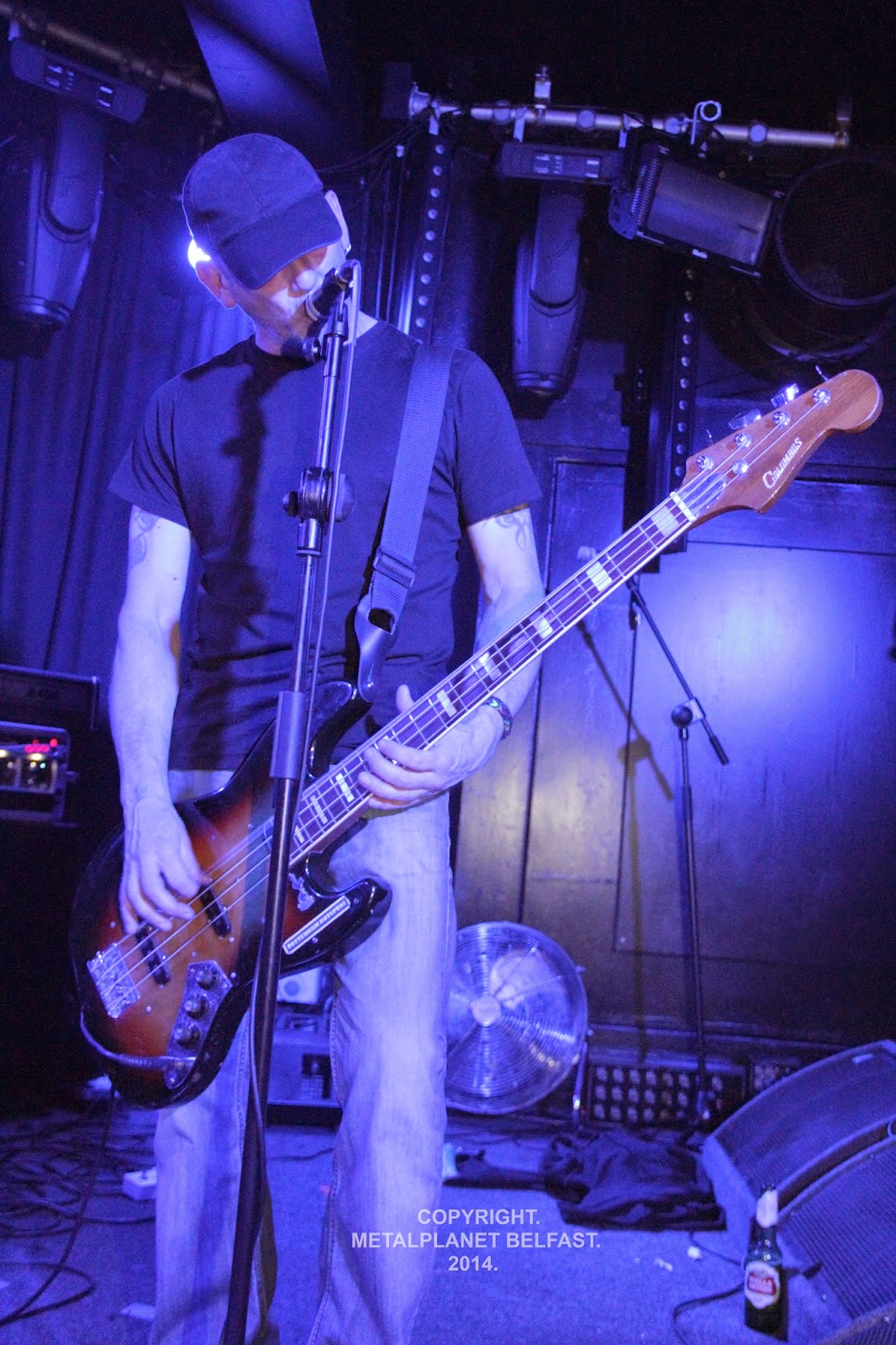 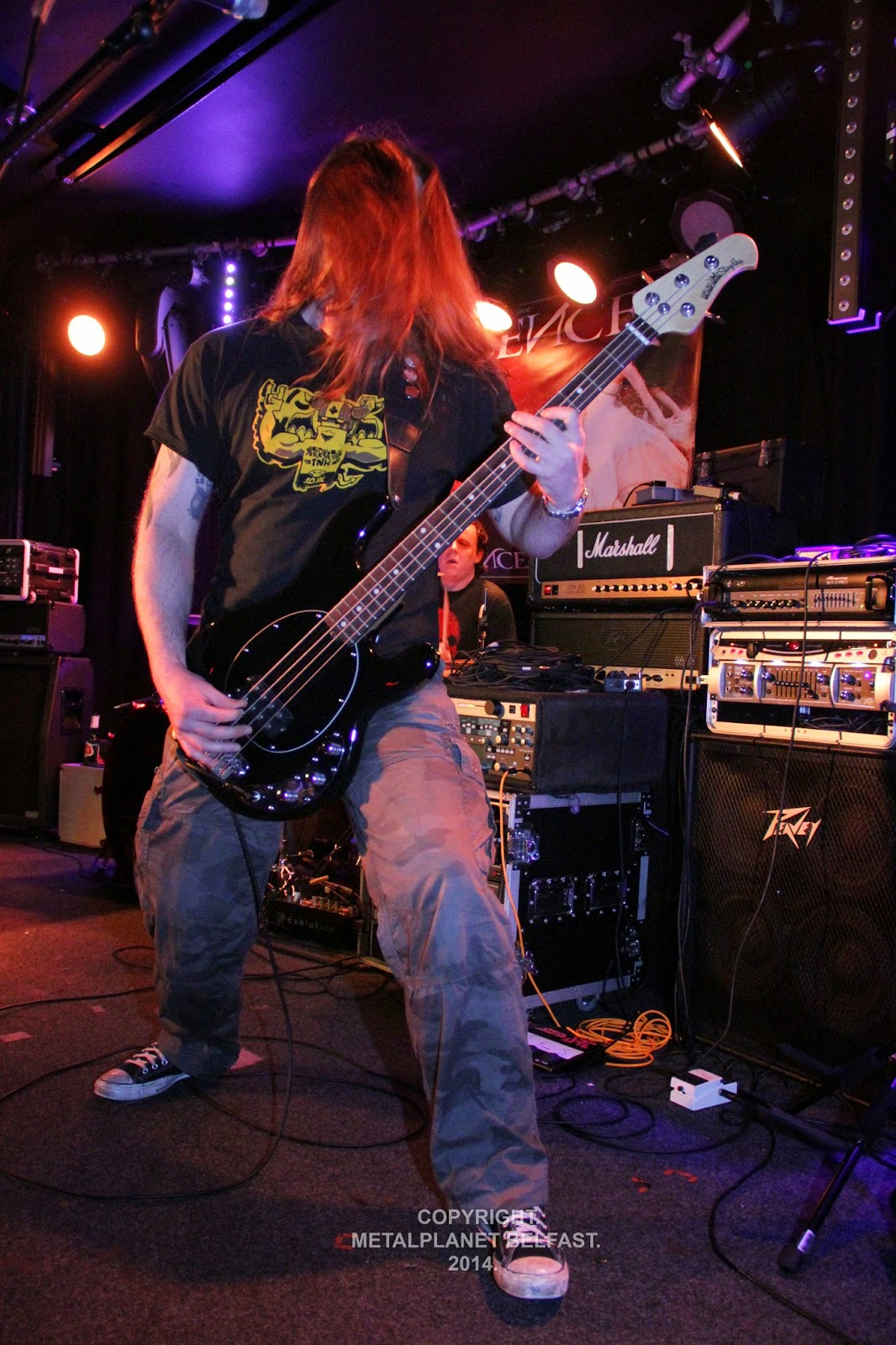 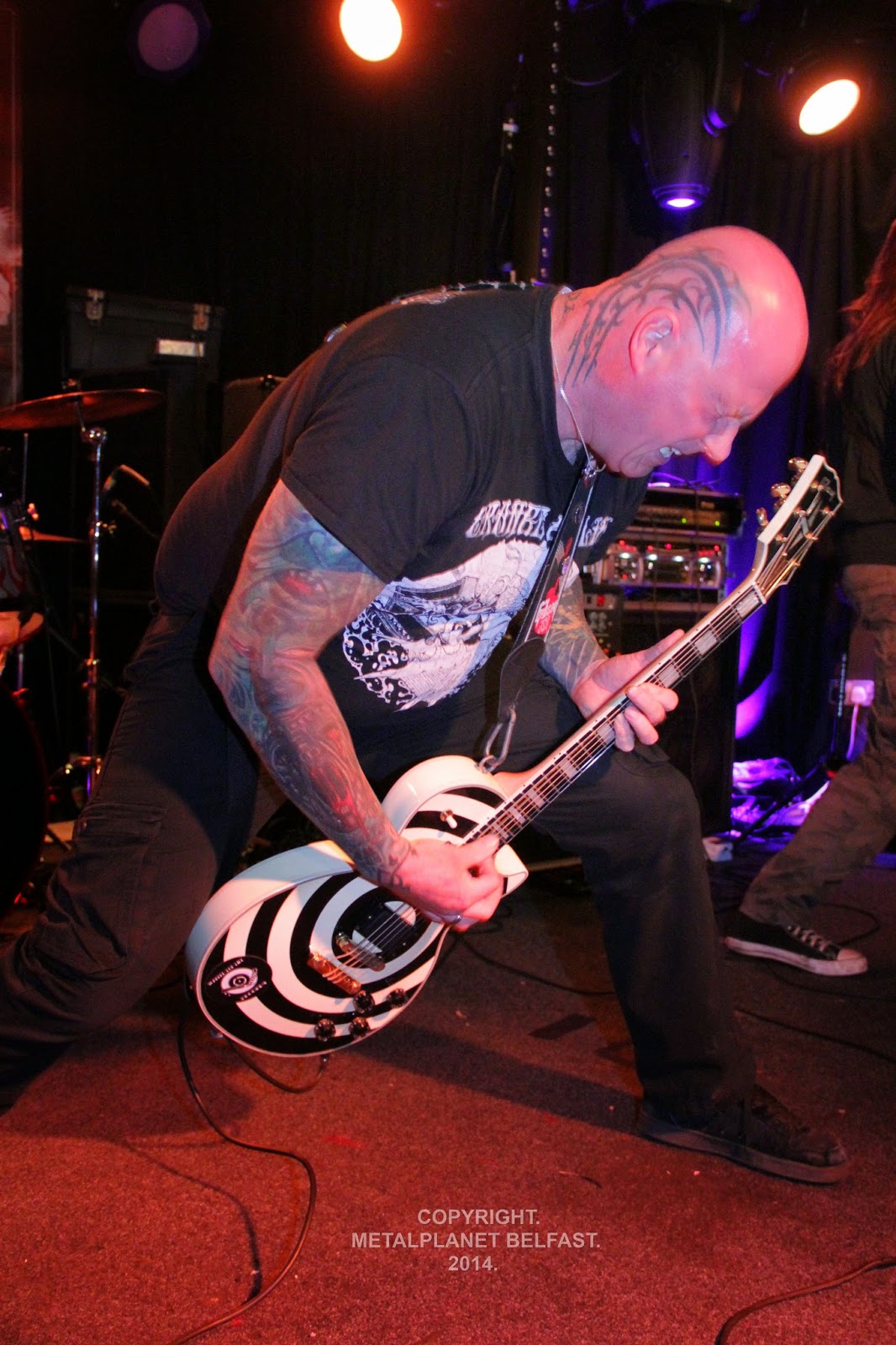 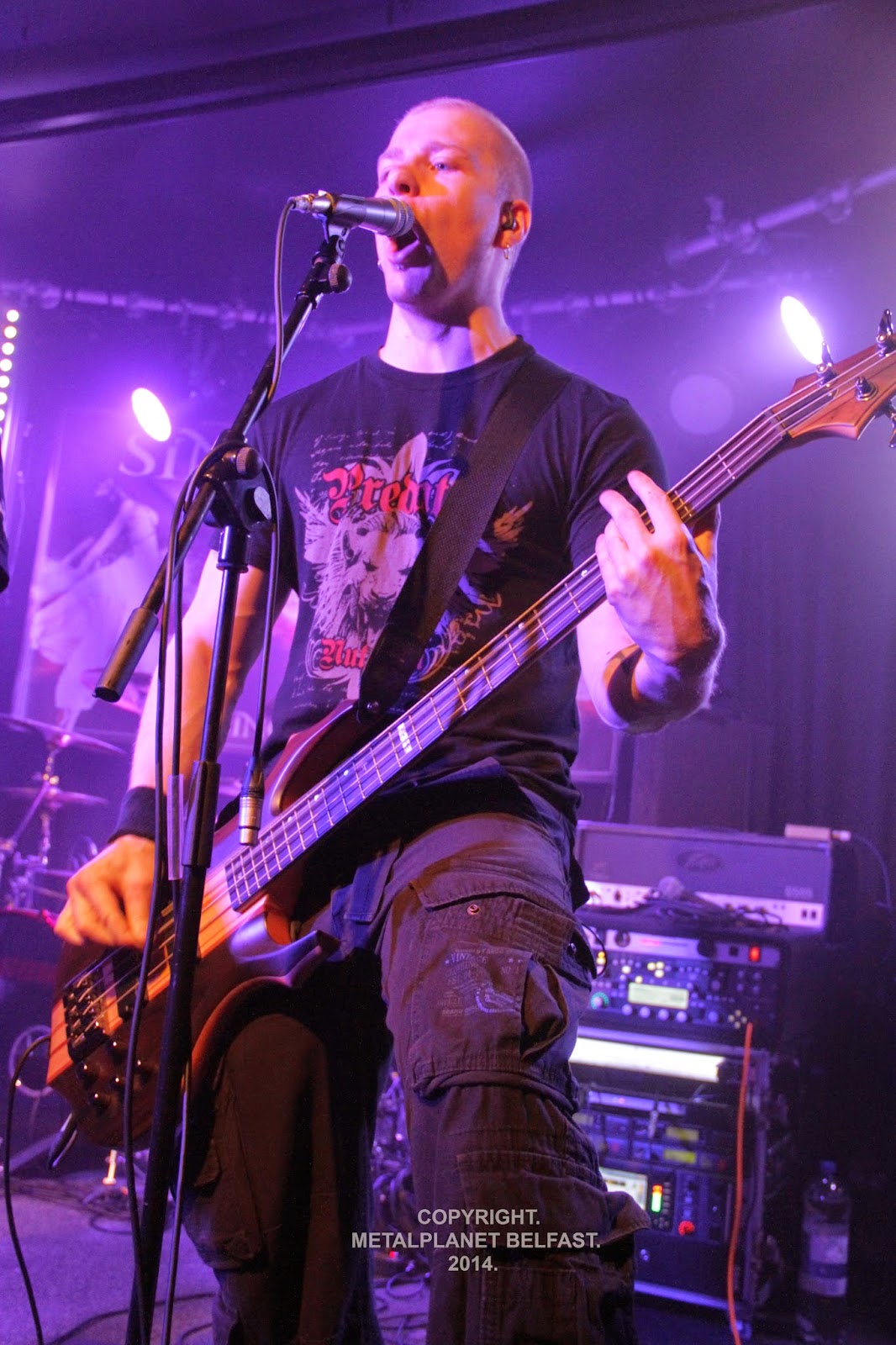 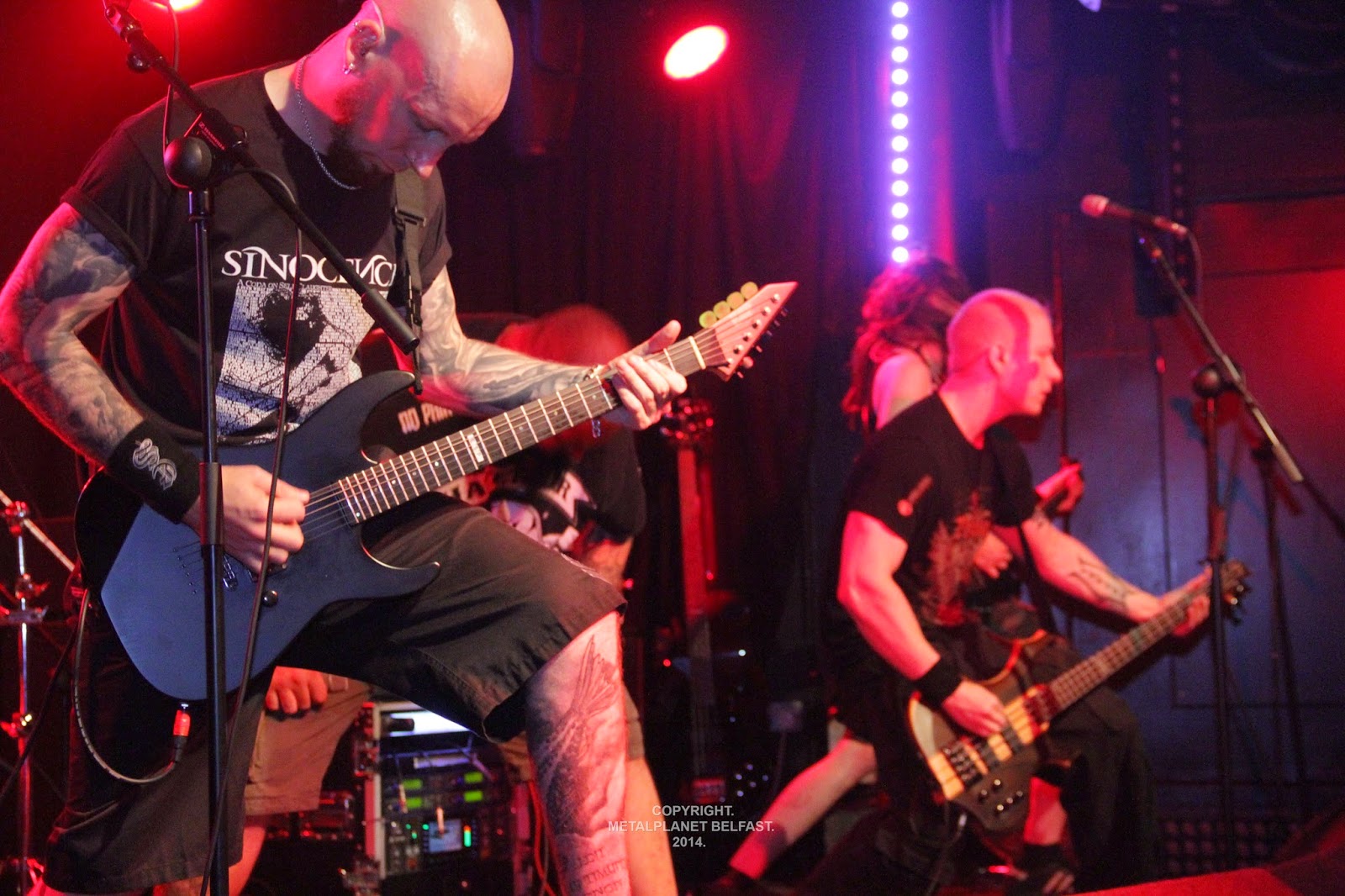 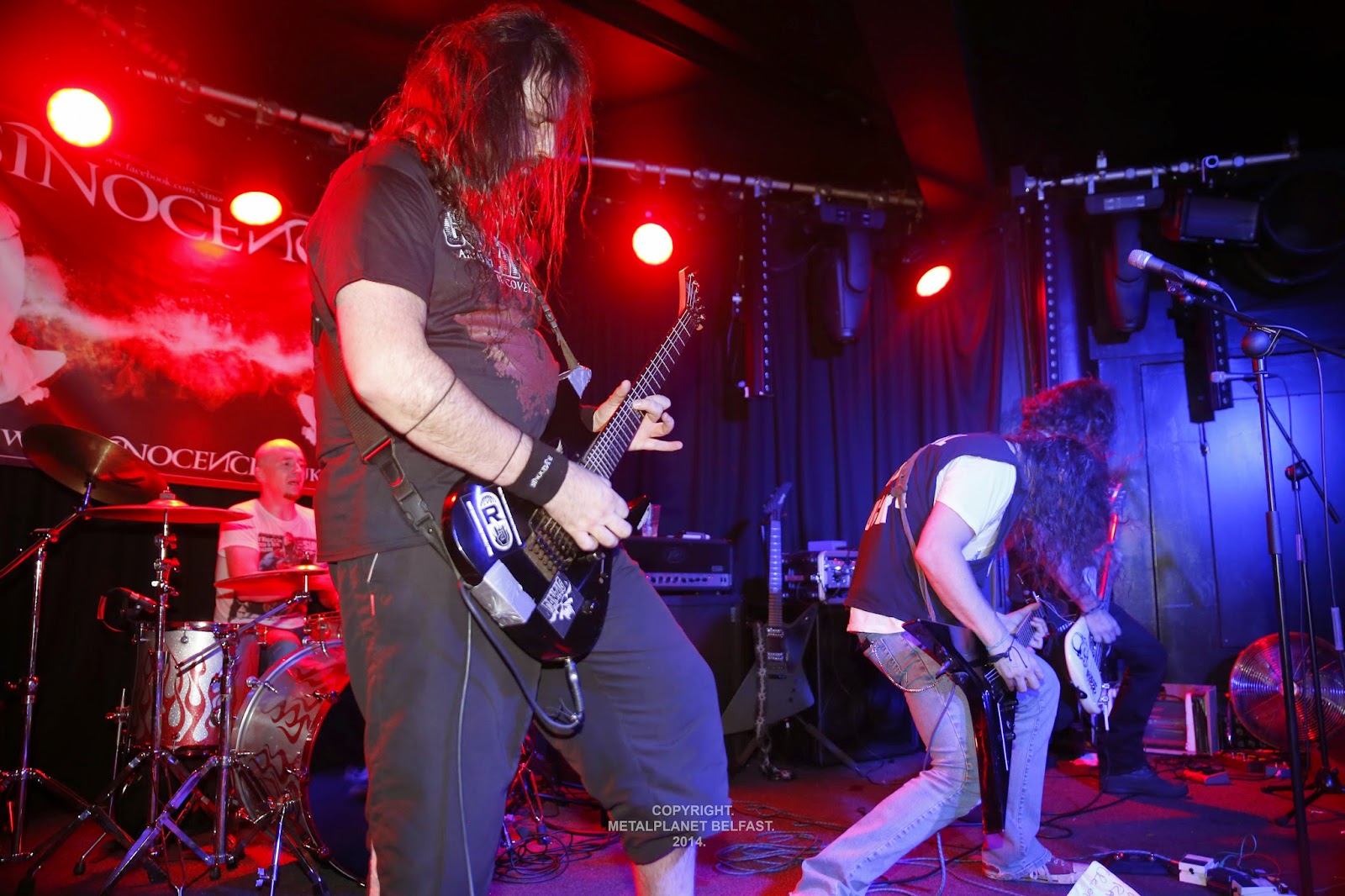 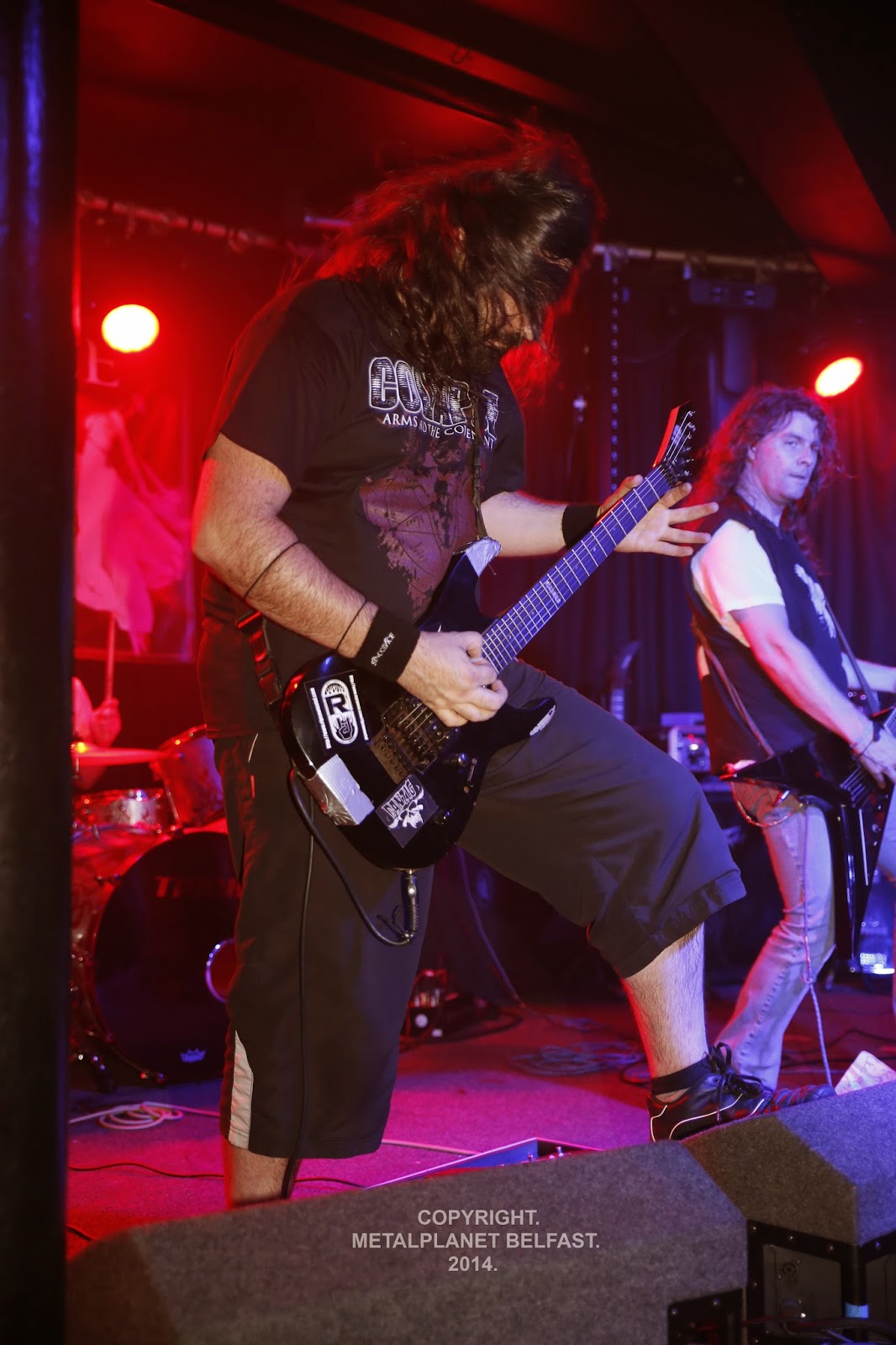 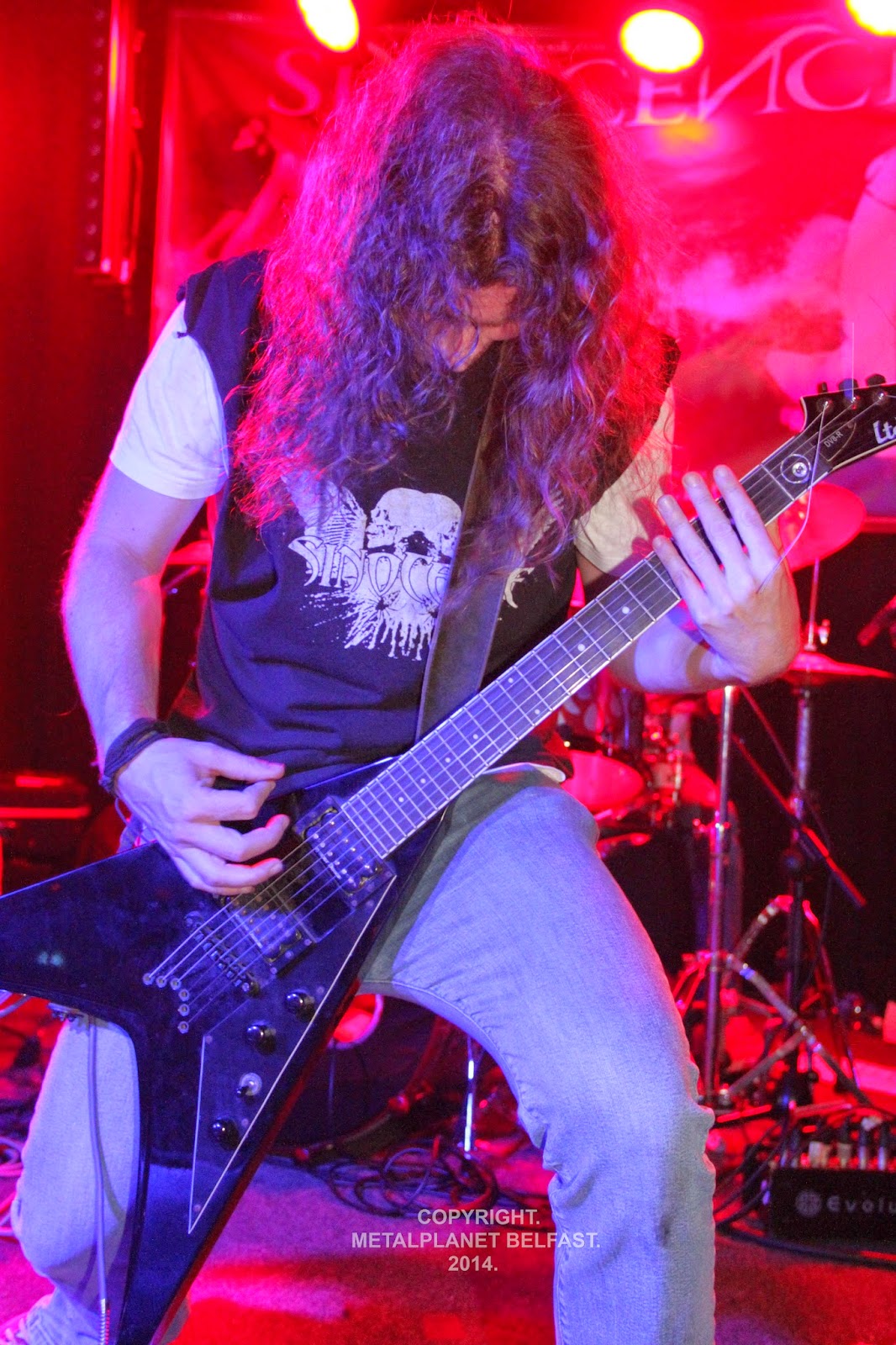 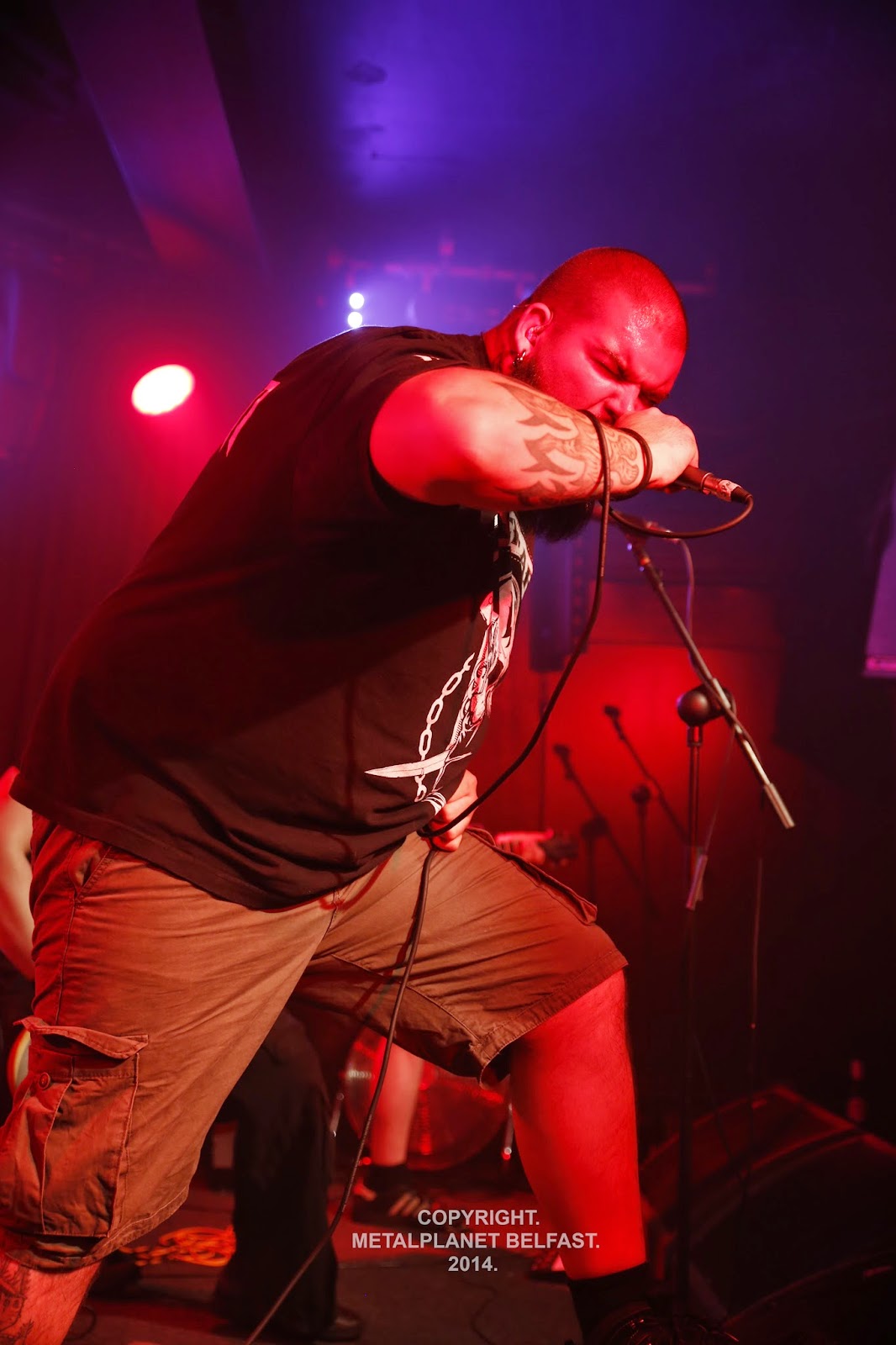