WHILE we always contend that Black Sabbath killed the Age of Aquarius many people forget that the inventors of Heavy Metal had a lot of psychedelic songs and moods - Metallica left out the "hippie" bit in 'Sabbra Cadabra' and used a piece of 'National Acrobat' to bridge the gap.

And, Brimstone Coven are all about bridging the gap between the hippie, drug inspired musings á la Woodstock and proto-metal such as Iron Butterfly.

This self-titled release - their third album - certainly earns them the spot of being a "retro-hard rock/doom" band as it is put in the blurb.

At times the music within is almost hypnotic such as at the conclusion 'Blood On The Wall'.

While the trance like psychedelic mood is firmly established throughout this album, it works with heavy groove from Corey Roth (guitar) and Andrew D'Cagna (bass). D'Cagna's role is very much like that of Geezer Butler in early (and on 13) Sabbath material; holding on to the whole thing.

This is particularly evident on 'The Grave' which also sees Justin Woods drums echo a certain Mr Bill Ward.

That is not to say that Brimstone Coven are mere Sabs copyists. Within the retro sound there is a reach for the late 60s and early 70s era of music, before genres and scenes became "de rigeur". 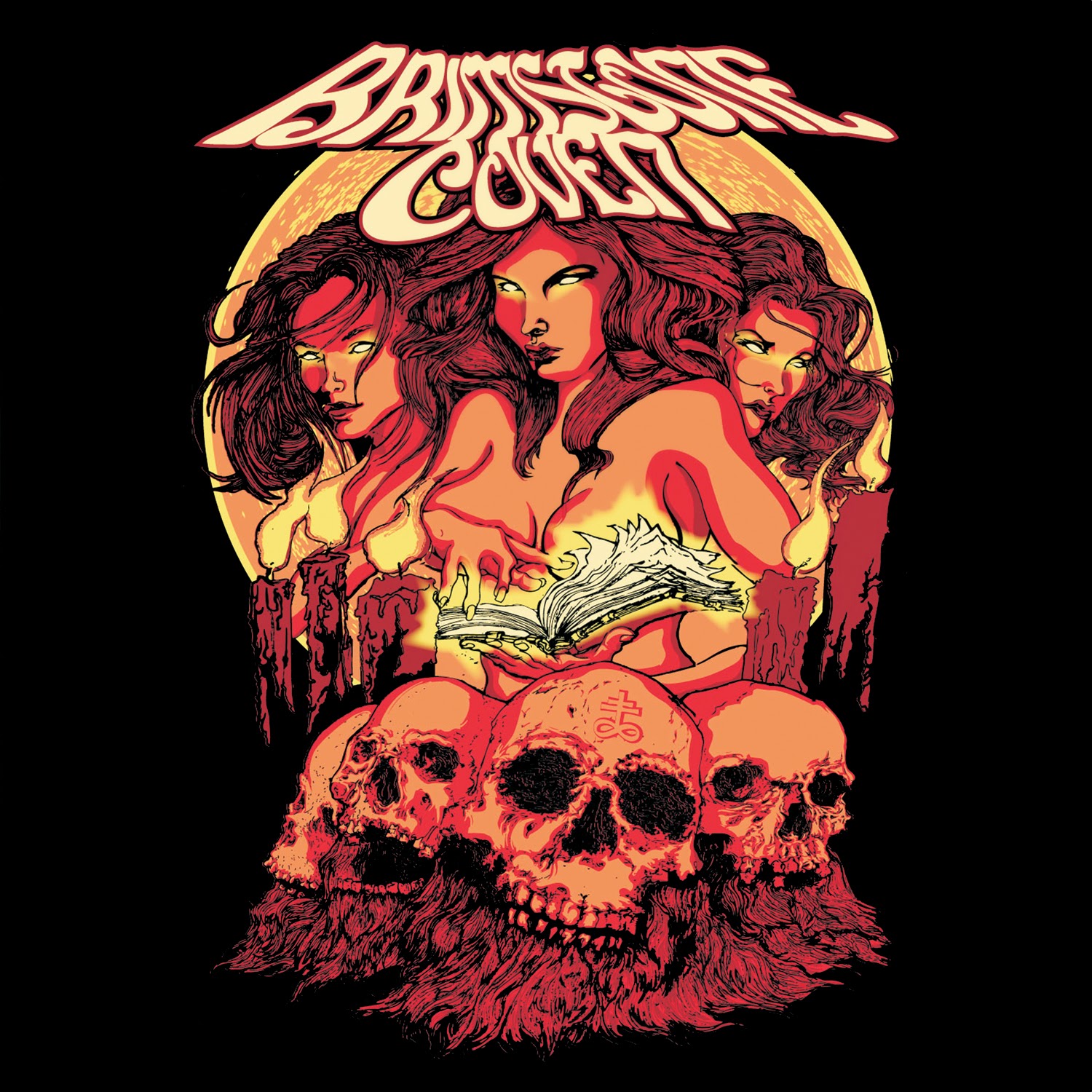 John Williams vocals in particular merge real resonance with an ominous take on that sound; sounding particularly haunted on 'Lord and Master', which could be a narrative for a Hammer Horror film, or a Dennis Wheatley. When this track speeds up  just before four minutes in suddenly the album's strength kicks in. It is almost the defining moment. Roth delivers a well measured and speedy solo, while D'Cagna and Wood tear through. Then at the five minute mark they wend the tempo down for Roth to echo the earlier menace of Williams. These are four musicians confident in their inspirations and re-imagining their sounds for the 21st Century.

'The Grave' and opener 'Cosmic Communion' are among the stand-out tracks on this release. But the band - and their label Metal Blade - have gone the extra mile in unveiling Brimstone Coven.

When they were first emerging from the Western Virgina scene they recorded an ep, which has been re-mastered to give the package a more rounded introduction for those unfamiliar to Brimstone Coven.

"Creighton" is the man behind the artwork, which is a clear nod to the glorious early 70s album sleeves, and serves to give it a 'feel' that places the music right at the heart of a vision of flower children seeking out more enlightenment in the dark arts than the peace and love of the Age Of Aquarius.

Taking the album as a whole, Brimstone Coven have produced a slightly off-the-wall recording for many modern listeners, but after a spin or two the glory of it emerges - especially on the wonderful 'Folly of Faust'.

Yes, there is Sabbath, Pentagram, early Floyd and a smidgeon of Zeppelin contained within, but Brimstone Coven have managed to produce something worthwhile from that mix. Just one word of warning: don't take hallucinogens while listening to this...could end up with a very weird trip.