EP REVIEW: Dead Daisies rockin' out with a set of good old fever pitch on Face I Love

CAST your mind back some time and you'll remember that the 'supergroup' that is Dead Daisies wowed audiences when they supported Black Star Riders in a Christmas show in Limelight1.

They proved that they were not just another band of geezers intent on lapping up the cash, but were a bunch of musos having a good time, and playing some killer rock tunes. [Review of that gig is here.]

After achieving critical acclaim and hooking up some stellar tour spots (they toured with Kiss and Def Leppard last month) the band have released their 'Face I Love' ep, a collection of four tracks.

And, they've even released an app to go along with the release...  More on that later.

Powered by the stunning vocalist, Jon Stevens (Noiseworks/INXS) and co-founder David Lowry, the combination of these two with bassist and showman Marco Mendoza (Thin Lizzy/Whitesnake), Guns 'n' Roses guitarist Richard Fortus and key tinkler Dizzy Reed and recent drum addition of Brian Tichy (Ozzy/Billy Idol) this is a group that knows its chops.

Released yesterday (September 8th), this is a collection of three original tracks and a cover of the band's favourite Beatles song, 'Helter Skelter'. 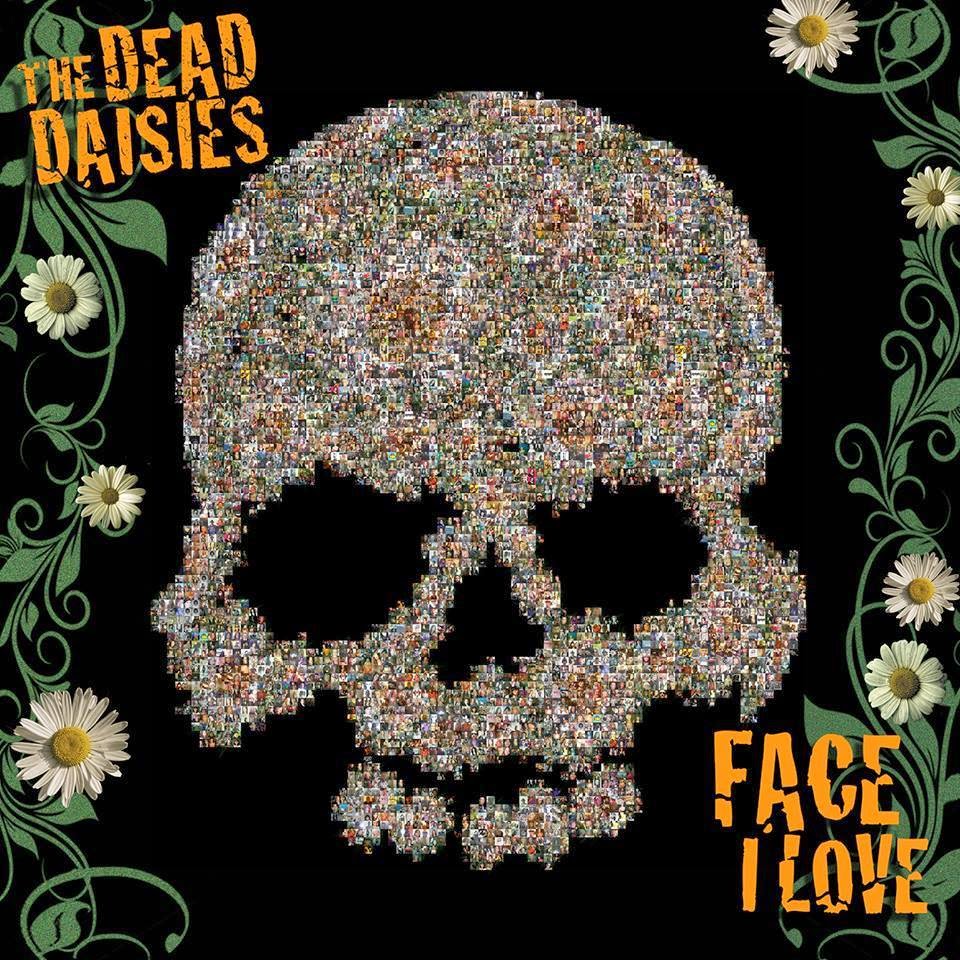 'Angel Eyes' is a track with a dirty drive and Stevens vocals roll out as if his vocal chords have been coated with the best bourbon. The pace is picked up for 'Your Karma', with a real honky tonk groove, as all the band step up to get it down.

The cover of 'Helter Skelter' is pure rock nectar, although has an echo of Gillan's version, albeit with super solo snatches from Fortus that may owe a little to Bernie Tormé.

Overall this four-track is an enjoyable placeholder for a band that can bridge the classic rock/Radio2 gap, yet can sit in playlists of hard rock and classic metal.

And - as mentioned earlier - there is a 'Face I Love' app enabling Facebook users to upload a picture of the "face they love" on to Dead Daisies skull and watch it bloom...old fogeys may no truck with this witchcraft, but we're sure plenty will have a dabble with the app...and groove out to all the tracks on Face I Love.