ALBUM REVIEW: Getting the Horn(e) with Pure Heavy from Audrey Horne

BOOM! From slow burning small town players Audrey Horne exploded into the consciousness of the rock cognoscenti with the 2012 release of Youngblood, a hard rock album that refined hard rock, defined its future and gradually snowballed to more and more success.

Now, in 2014, the Norwegians have pumped up their chests, slung the axes around their necks, sat behind the kit, raised the microphone to their lips and produced a beast of a rock album; mature, balanced and packed with tunes that would have a deaf baboon dancing... 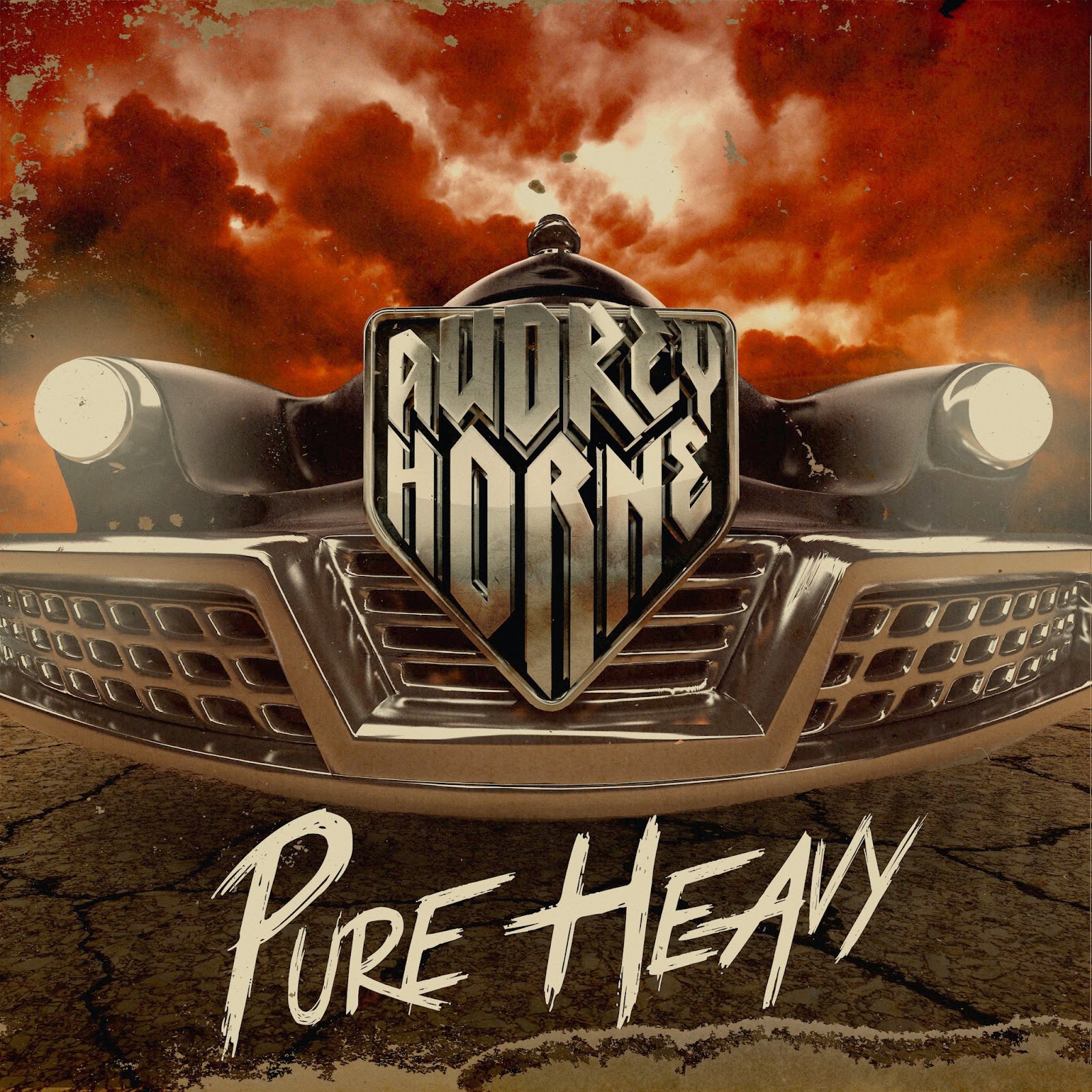 'Pure Heavy' stands alongside the best rock albums of the decade so far; punching it out pound for pound with better known artists and exceeding many of the 'name' acts.

From the off, with 'Wolf In My Heart', this is a clear statement that Audrey Horne have taken every lesson from the two years touring 'Youngblood' on board, but also allowed themselves to soak up the experience.

While not having the 'raw' live session sound of 'Youngblood' the members have not over-produced the album, and instead allowed the songs to breathe.

Album closer 'Boy Wonder' could have easily been diluted by heavy handed production and mixing, but instead maintains a sense of urgency.

All the usual doffs of the cap to their predecessors; the bands that the members all loved as they earned their musical stripes. This is evident on 'Into the Wild' which is a clear homage to Motley Crue, and on 'Takes From The Crypt' vocalist Toschie says they'll be painting it up with "bright colours like Mr Sixx back in '86".

Throughout Ice Dale and Thomas Tofthagen's guitars weave and wander with delicious precision and a relaxed feel. From the urgent riffing of the opening of 'Holy Roller' to the delicacy of lead track 'Out Of The City' and the brief 90 second balladic interlude of 'Diamond'.

The tapestries they lay down on 'Pure Heavy' are jaw dropping - with the breakdown solos from the aforementioned 'Holy Roller' capturing the tone and style of Schenker era UFO before blistering playing á la Thin Lizzy on steroids.

And if 'Out Of The City' owes a lot to Lizzy, so what. It is a fucking excellent take on the narrative style of Lynott and co.

Kjetil Greve's drumming and Espen Lien's bass are solid throughout, pacey when needed and filled with delicate flourishes as required - everything a rock rhythm section should be, and too few manage.

'Tales From The Crypt' matches the dark lyricism of 'Youngblood' with a stomp and attitude that casts a knowing eye back to the Sunset Strip, when all the popular young dudes were lonely despite all their glory.

'Into The Wild's Crue inflected opening quickly merges to a distinctive Audrey Horne, with a melancholic glory, while the mid-paced 'Gravity' touches on the more cynical aspirations of the big haired rockers of yesteryear with an allegorical twist about staying centred: "Until we hit the ground"

The solo even has a touch of classic era Whitesnake/Brian Robertson-Lizzy to it, while Toschie's harmonies put the Audrey Horne stamp clearly on it all

We've struggled to find a bad track on 'Pure Heavy'. There aren't any.  Fast and furious 'High and Dry' is perhaps closest to Youngblood's 'feel' with a romping tempo, fantastical lyrics and breakdowns with sweeps off the headstock before harmony soloing.

'Waiting For The Night' is the song almost every band in the late 80s wished they had written... 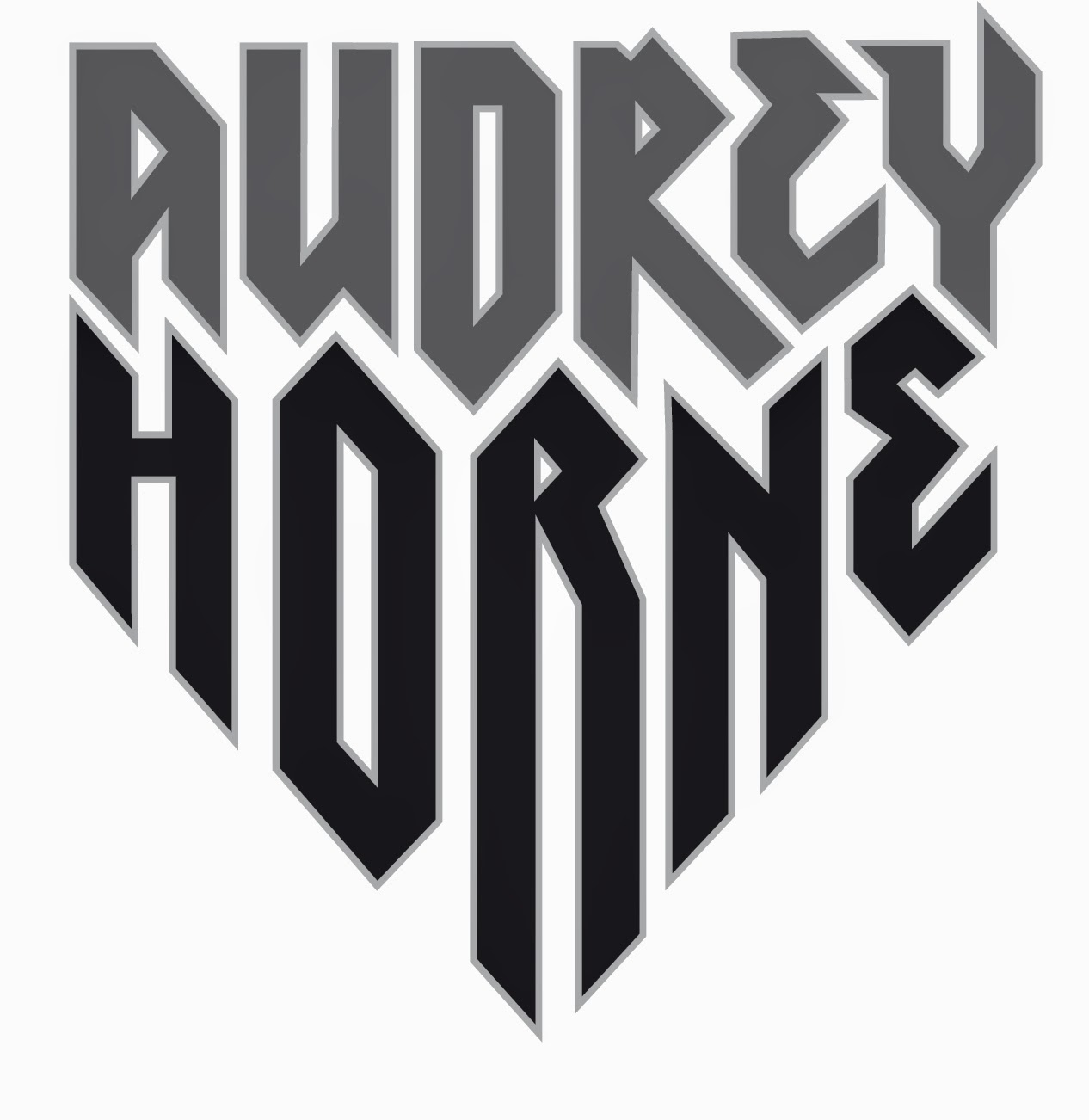 Overall 'Pure Heavy' (the title is an in-joke amongst the Bergen metal and rock community) is the perfect follow-up to Youngblood, consolidating the gains Audrey Horne have made, building upon them, stretching the song-writing, adding ingredient 'x' of sheer talent while paying their dues to what has gone before. Besides if you can get Johan Hegg of Amon Amarth to be in your video you know you are doing something right...

There is no such thing as a perfect rock album, no real 10 out of 10 albums, but 'Pure Heavy' comes as close as possible. Damn we want to see Audrey Horne play this live in Belfast. Make it so Mr Promoter and tour managers.

Review by Jonny
Pure Heavy is out on Napalm Records on 29th September - just fucking buy it!

Out of The City promo video: