OKAY children, gather round the comfort of the fire, settle back and listen to a tale of way back; when denim and leather were the only fashion statement worth making, when bringing on the heartbreak was a source of joy and when we were running free to the sound of heavy metal.

As the winters of discontent and economic hardship merged into Thatcherite austerity for the poor and champagne lunches for the rich punk had become a statement rather than rebellious, and many of the originators of metal and hard rock were disappearing up their own arses with verbose shows that seemed to last decades.

But, before the fashionistas had even began to don frilly shirts and declare themselves as 'new wave' musicians, something stirred in the belly of the beast: punk attitude mind melded with the musicianship of rockers and metal heads.

Thus before it was even given a title, across the land the New Wave of British Heavy Metal (NWOBHM), was born and spread like a musical plague across the globe, delivering millions of teenagers the music they wanted to hear. A middle finger was extended to the mainstream, and BBC1 and ITV were forced to include theses hairy type loud bands on to their shows. 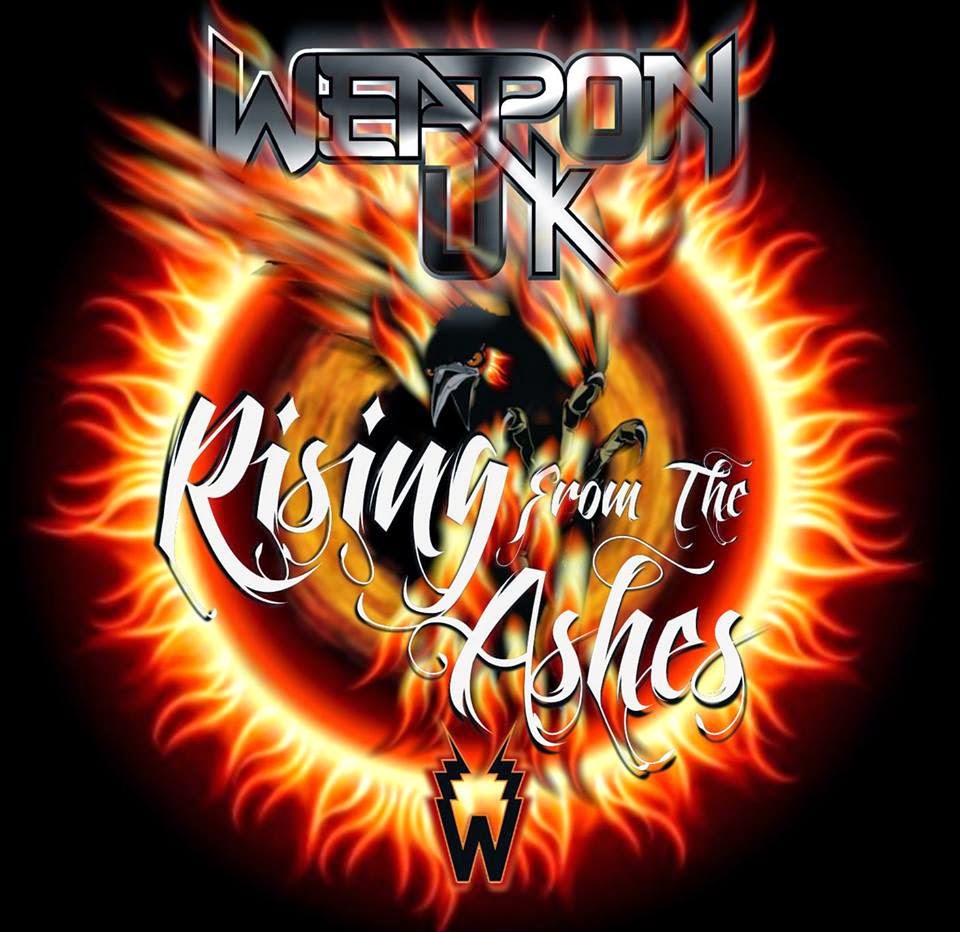 However, while tapes were traded across the Atlantic to influence the birth of thrash here in the UK and Ireland the coveted hours were deep on a Friday night when the late, great Tommy Vance presented the Friday Rock Show, sharing classics and the new sounds of the NWOBHM.

If kiddies, you are expecting to check into the deep bowels of the NWOBHM cellar and find sounds that echo through to 'modern' metal and its scenes, you will disappointed. In 2014 many of the bands from those halcyon days seem 'lighter'.

But whether it was Sweet Savage, Praying Mantis, Tygers of Pan Tang, White Spirit, Girlschool and many more they provided something vibrant, something combining the visceral with tunefulness.

Among those knighted warriors of metal were Weapon, now named Weapon (UK) to avoid confusion with a US act, who recorded a double 'A' sided single, and toured extensively with Motorhead.

Alas, they faded away in the heady days of the 80s. But you can't keep a good band down [Even Hetfield adorns his cut-off with a Weapon patch...although whether that is payback for using sections of the Weapon song 'Set The Stage Alight' on 'Hit The Lights remains undetermined....] Earlier this year Weapon (UK) released their 'Rising From The Ashes' album.

Why are we taking you on this little musical history lesson, and reviewing the album?

For a start it is a great album. Secondly Weapon (UK) will be appearing at Limelight2 on November 8th in a line up that includes Donum Dei, Conjuring Fate, Midnight Transmission and Rabid Bitch of the North.

As you settle down to consider how great this line-up is we are more than a little excited to see Weapon (UK) play tracks from 'Rising From The Ashes'.

This is an album that includes great hard rock melodies such as on 'Bad Reputation' and 'Wonderland', classic NWOBHM riffing ('Ride the Moriah!' and Burning Skies') and considered, well structured rockers such as 'Warrior' and 'Alamein'.

But the question is always when a band returns, are they stuck in the past? As Black Sabbath proved on 13 (apart from Rick Rubin's production) you can still keep the 'soul' of the band without being stuck in yesteryear.

And Weapon (UK) have achieved that balancing act. There are a few moments when they disappear back into the past; but they are few and far between.

Keeping the intrinsic 'sound' of NWOBHM without sounding like a parody of the era Jeff Summers guitar work sounds fresh, while Ian Sweeting (drums) and PJ Philips (bass) play under-stated rhythms that belie the devilish patterns.

Dublin-born Danny Hynes vocals are sweet, ('Bad Reputation') and impassioned ('Bloodsoaked Rock'), but the whole essence of each element of the band is summed up on closer 'Killer Instinct', a super exemplar or how to make NWOBHM songs contemporary.

What is exciting about this release is that it is not just a re-tread of the NWOBHM sound, it is a fresh interpretation without the band trying to fit in with what is 'expected' of metal in 2014.

From the ashes arises a phoenix, spreading wings through re-birth: Weapon (UK) have not lost their roots...nor their edge.


Review by Jonny
Rise From The Ashes is available now
Weapon (UK)'s November 8th appearance is a Distortion Project promotion.
Tickets on the door, doors open at 4pm