Slough Feg - the mystery and the glory of American Celtic Rock

SLOUGH Feg, formerly known as The Lord Weird Slough Feg, are an enigma. After listening to their latest release on Metal Blade we weren't sure whether to send them Primordial, Darkest Era, Mael Mordha and Thin Lizzy albums, or forcibly take them away from Slough Feg.

The sheer concept of a metal band from USA playing Celtic tinged songs with dashes of New Wave of British Heavy Metal is on the surface too weird. But where previous releases have struggled, at times, to nail the balance in that sound, on the album Digital Resistance it comes together in way that plain and simply works.

Taking its cue from the unending and potentially degrading advance of technology this is an album that takes a listen or two to get the 'message' but its worth persisting with.

Lead song and title track 'Digital Resistance' kicks off with a weird groove and works out, and leaving aside the opener 'Analogue Avengers/Bertrand Russell's Sex Den' the rest of the album plays out as an intriguing romp through Celtic rock.

'Habaes Corpus' and 'Magical Hooligan' are a duo that sit perched as perfect pair of exemplars of why this album works so well. When the Celtic theme gives way to the straight forward dual guitar rock and metal.

However, there is a lyrical consistency on the album as singer and guitarist Mike Scalzi explains: "The more we indulge in technology and allow it to do everything for us, especially allowing it to think for us (as in the case of looking everything up on your phone or computer rather than trying to remember and retain information), the more physically and mentally "flabby" we become. So there is somewhat of an urgent message, or complaint about this increasingly human tendency." 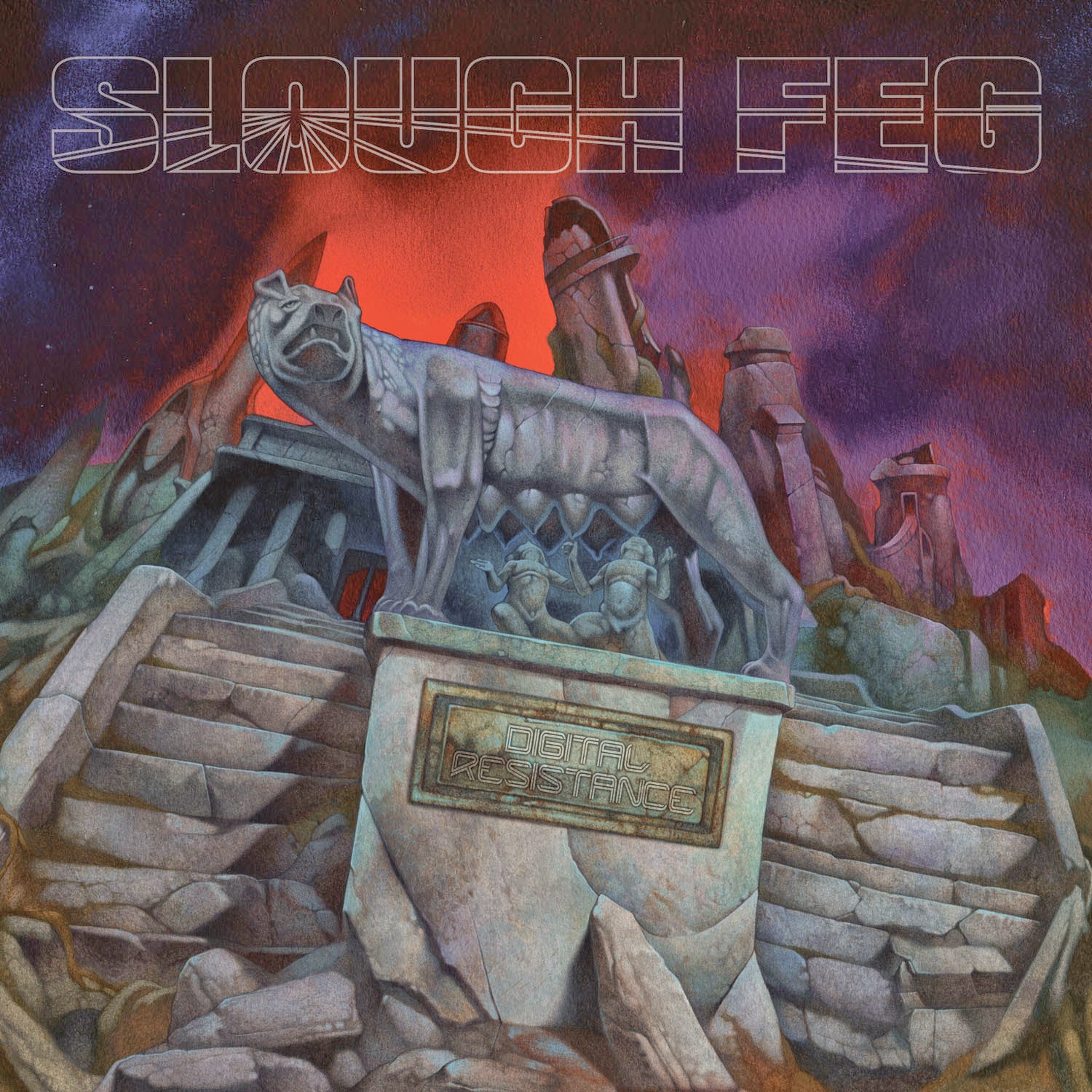 Flabbiness is not something the band indulge in throughout this recording; it is tight and worth all efforts to really listen to it. The closing pair of songs, The Luddite and Warrior's Dusk are a massive testimony to the band's ability and their song writing.

Somehow what they do shouldn't work, but it always has done, and even more so on this release. The press release accompanying the album points to Grand Magus and Cirith Ungol as points of reference and we wouldn't disagree.

And to sit in such company as these bands is surely their well-earned dues. And, despite the need for expediency in naming a band, we vote they return to their name The Lord Weird Slough Feg, read some more graphic novels about the character Slaíne (from 200AD...you might get that comic fans) and come over to Ireland north and sough and discover just how they can take the next step towards worldwide warp spasm...

And, if you're not up to speed with that story, suffice to say Slough Feg are worth the effort to listen to.