ONCE known only as the guitarist standing beside Bon Jovi Richie Sambora has grown in stature over the past few years...and now he's set to play Belfast's Ulster Hall as part of a run of dates across Europe.

Sambora now has three solo albums under his belt, to add to the 130m album sales accumulated as part of Bon Jovi, with the latest release Aftermath of the Lowdown receiving both critical acclaim and fan backing.

The date for Sambora's Ulster Hall date is July 1st - the same day thrash icons Anthrax - lay waste to Limelight1. It has some resonance that these two ends of the rock and metal spectrum are still going strong so long after the 80s. 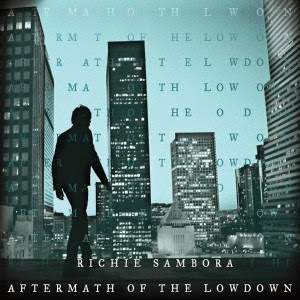 The venues may be smaller than the tours of that decade which saw Bon Jovi and Anthrax play Belfast, but the audience age range is greater; and arguably more devoted. How many of today's so-called stars will still be touring in 30 years time...

The soft rock hero Sambora will be backed by six-string wunder-kid, Orianthi, who was last spotted wielding her axe with the venerable Alice Cooper.

Tickets for Sambora go on sale this coming Thursday, April 17th (the same day as Cheap Thrill with members of Cinderella and White Lion play the Diamond Rock Club (yet more stars of the 80s still touring!).

The fee to gain access to see Richie Sambora is £36 including booking fee, which you can proffer via www.ticketmaster.ie, at the Waterfront and Ulster Hall ticket desks and at Ticketmaster outlets across the country.

We are currently deciding which members of our review crew will be at each venue on July 1st...we may convene on April 17th...in the meantime "Oh, Oh, We're Living On A Prayer".
Posted by Jonny at 9:00 am