TWENTY six years since their formation, twenty years since their much maligned Infernal Love album was released, and just over a year since their last Belfast gig (where they scooped the Oh Yeah Centre's 'Legend' award), Northern Irish alt-metal heroes Therapy? return to the Limelight to perform said album in its entirety. How will they do, playing to a local crowd?

As Limelight 1 began filling up, English punk rockers The Membranes were given the task of warming the crowd up. The influential Eighties post-punks recently reformed and have seemingly regained the fire of their youth as they steam their way through their half hour set of soaring and expansive post punk.

Although at times their sound is rather floaty/dreamy they're also quite capable of throwing out some spiky, sawing riffs, too. The result is quite textured and interesting (and a touch self indulgent in places). The crowd respond to both the music and hammy, eccentric vocalist/guitarist John Robb with equal measures of bafflement and enthusiasm – a successful set for this capricious lot then.

After a protracted interval, during which the audience is subjected to several rather drab Sixties tunes (with the exception of Dusty Springfield), the burgeoning crowd are finally rewarded by the sight of their home town heroes casually striding onstage. The lights dim, vocalist Andy Cairns opens his mouth, and the angular strains of Infernal Love opener 'Epilepsy' wash over the adoring sea of people.

They barely pause for breath, firing on all cylinders as they power through the album from start to finish, from the straight up thundering rock of 'Stories' to the grungy 'Bad Mother' and a battering 'Loose' complete with flashy guitar solo. In between, Cairns chats amiably, reminiscing about the band's first time playing this venue, encouraging the already ramped up audience ("You got more fucking noise, Belfast?!") and bouncing around like a guitar-clad Tigger – in fact, the whole band look like they're having a blast.

The crowd (and boy, is it crowded by now) respond with adoration and faithful singalongs, with many singing every single word. This album may have marked a fairly drastic change in the band's musical direction and left many fans baffled, but none of them appear to be here tonight: such is the love and sheer number of bodies in here that it's all but impossible to throw any shapes (although some are trying!).

After a brisk, galloping rendition of album closer '30 Seconds' the band briefly leave the stage before returning to play the second half of their set, opening with 'Still Hurts' which simply bursts with pith and energy. The indie-flavoured 'Die Laughing' follows, with its shades of nuance and depth. Far from being simply an encore, this is essentially a full set; what with the album and this second half, fans are very lucky indeed tonight.

They beautifully demonstrate the breadth of their career by veering from the slow sludge of 'On My Own' to the loud bombast of 'Insecurity', turning on a dime effortlessly. It's not all earnest, po-faced rock though: from an impromptu 'happy birthday to you' from the crowd to drummer Neil Cooper to a biting rendition of 'Potato Junkie' with it's refrain of "James Joyce is fucking my sister!", and clear crowd favourite 'Screamager', there are beaming faces as far as the eye can see.

They wrap up their dynamic set with the punky 'Nowhere' and thank the room, leaving on a drawn out chug of riffs and hail of drumbeats, all to huge (like, HUGE) applause. Local boys done good? Hell yes.
Review by Melanie Brehaut
Pix by Darren McVeigh 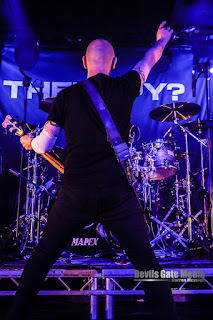 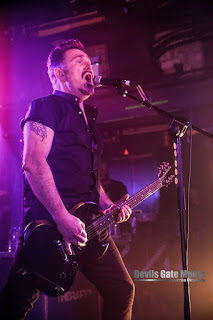 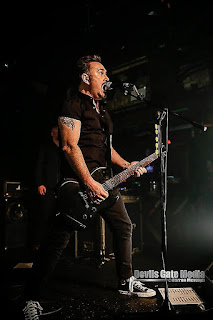 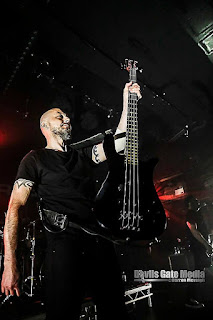 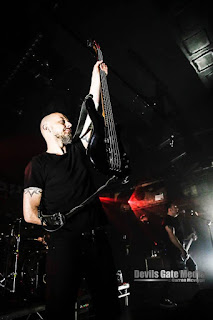 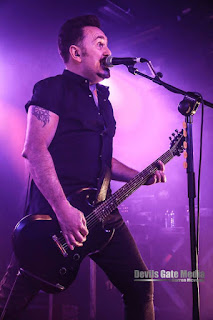 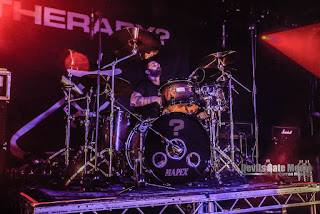 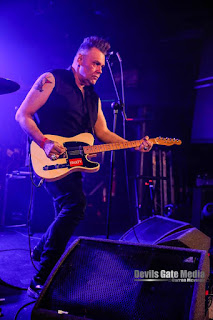 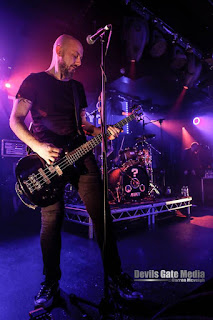 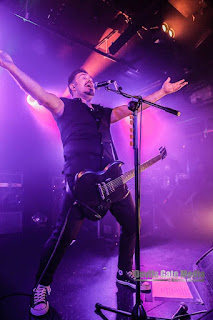 Email ThisBlogThis!Share to TwitterShare to FacebookShare to Pinterest
Labels: Therapy?