LIVE REVIEW: Metal2TheMasses launched in style as By Any Means, Rabid Bitch of the North and Overoth pound the Limelight

BLOODSTOCK Open Air - one of the finest festivals and a gathering of like-minded souls. And, it has long been a champion of the unsigned artists, a dedicated group determined to expose audiences to new acts.

One of the initiatives that the festival organisers undertake is Metal2TheMasses, an annual competition across the UK and further afield that sees the winners given a slot at the festival; invaluable exposure and a chance to network and play.

Last year the Northern Ireland regional winners were Overoth, so it was fitting that they headlined the launch party for the 2016. And, what a fucking loud party it was.

Openers By Any Means - who were guests at Bloodstock last year - shook the fillings of the audience with their unique brand of metallic tinged hardcore. Paul, as energetic as ever coerced ever ounce of energy from his frame, with Gavin beating the living daylights out of his kit.

Chris' bass was locked in and monstrous, but Paul was suffering...Despite a huge dose of the flu and confession later that he almost passed out the guitarist manned up and kept going to the bitter end. 'Built on Respect' - damn right.

Rabid Bitch of the North played Bloodstock in 2014 and have consistently honed their contemporary metal/NWOBHM blend to a potent level. Opening with 'Trapped in 1999' Joe's vocals had dogs flocking to the Ormeau Road thinking a new frequency had attuned to their aural tracts.

But underlying that was the rumbling bass lines as the likes of 'Us Against Them' and 'Defending Two Castles' attacked with their usual ferocity with Gerry laying down crafted solos while Chris delivered drum beats to shake castle walls.

And, like By Any Means we were treated to a new track!

There is a sense of drama every time Overoth take to the stage. Blackened death metal, deliberately scruffy make up portray a band who understand it is a show, albeit an intense metal show.

Andy towers over the audience, the bass like a weapon of mass metal destruction, his growls and gritty vocals bringing terror and keeping the heads banging.

Flanked by Andrew and Daniel's guitars this is a full-on sound, rich in its dark menace.

Taking tracks from 'Kingdom of Shadows', throwing them in the face of the audience, as Jay laid down drum doom this is a band who not only played Bloodstock, but owned the unsigned stage with their dark metal in the same way as BAM harangued the BOA attendees with hardcore hell.

As we look to the closing of 2015 bands are already tuning up their instruments, re-arranging live songs and getting ready for the Metal2TheMasses challenge.

The final is set for May, and the dates for the heats will be announced soon. Details of how to apply rest with James of The Distortion Project - and if you don't know who James is you really are not in the game right now.

Several bands have already taken the leap. Will you? 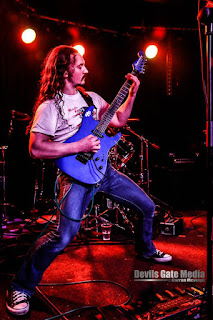 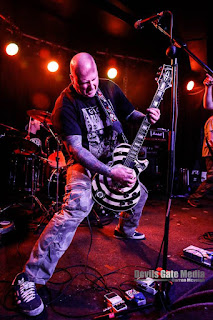 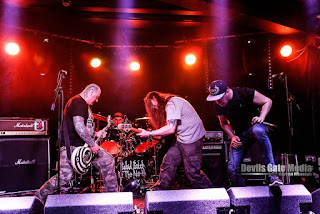 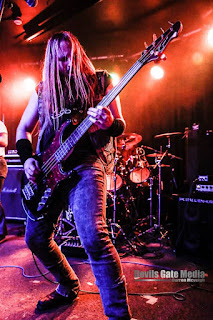 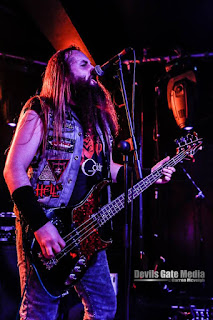 Email ThisBlogThis!Share to TwitterShare to FacebookShare to Pinterest
Labels: Bloodstock Open Air, By Any Means, Limelight2, Metal2TheMasses, Overoth, Rabid Bitch of the North