WE'RE going to go out on a limb here...the five tracks on Sinocence's latest release are the best set of songs they've ever laid down.

Yes, Sinocence have written some outstanding material in the past, but 'No Gods, No Masters Vol 2' is a peerless collection of modern metal; measured, majestic and mayhem all combined with the shading and subtlety that enables all band members to showcase their abilities.

Less of an ep, more a mini-album it plunges the listener into a series of masterpieces that show a band that is mature, without losing the sense of creative adventure that keeps music fresh. 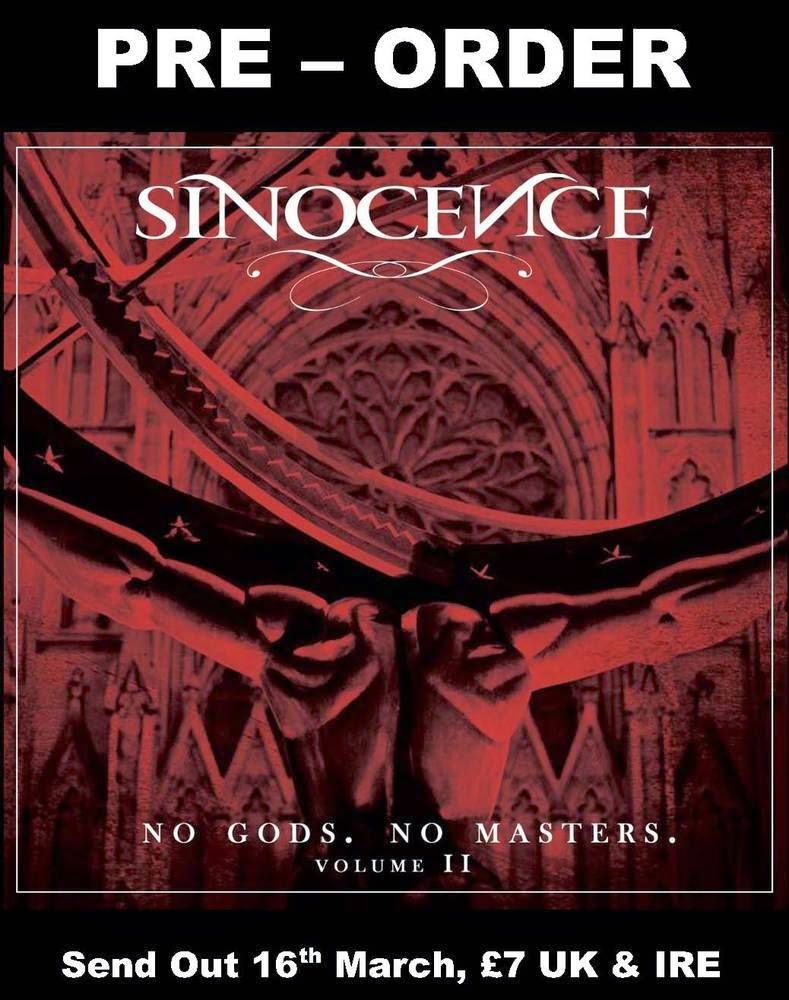 Moros's voice holds the listener, while Anto delivers controlled fury on lead breaks, with Jim and Davy's rhythm section laying a solid foundation while playing with a flourish.

What makes it an ep that deserves repeated listening is the separation in the production, with each instrument given the space at the right time; indeed the job that Frankie McClay does is reminiscent of the early 80s work of Martin Birch on the likes of Maiden and Marillion.

'In Kymatica' is the sort of song that could have been lost with poor production and mixing; while the closing minute delicacies 'Covert Messiah' could have sounded wrong without the dexterous playing and the sensitive fingers at the desk.

We'll leave you to explore the lyrics yourselves as throughout the sense is clear, even if the interpretation isn't always - plenty to mull over on each song.

What must be said about this release is that it is a platform for Sinocence to push to the next level on stage. The back catalogue may be over shadowed by some of these songs, but it will enable a set list that has no downside.

Volume Two - perfect score all round, and sets the proverbial bar very high for Volume Three.

Sinocence launch the ep in Dublin on March 14th, and in Belfast on March 28th with four  bands lined up for support (Conjuring Fate, Maverick, Donum Dei and Gasoline Outlaws) all for a measly five of your pounds.