Ramblin Man 2017 Day One: Rocking through the wind and the rain

CLASS music by class bands was enough to fortify the Friday audience at Ramblin Man Fair 2017 against the vagaries of wind and rain at Mote Park, Maidstone.

With the expansion of the festival opening day to the main arena the organisers made sure the line-up was a rabble-rousing bands that all could be defined under the banner of classic rock. However, that does the four bands no justice.

The acts' music was the soundtrack of the youth for many of the thousands gathered, and for others it was a look back to the history of hard rock and metal - songs that defined the musical landscape of today.

And none better to showcase the historical context than Graham Bonnet - a man who was the vocalist on many definitive albums. 'All Night Long', 'Night Games' and 'God Blessed Video' were among the many songs that had voices raised to the heavens.

His stamina on stage and the tight arrangements of Bonnet's band set the tone for the evening - music that no matter the subject makes the heart beat a little bit faster.

Last in Line also had the songs that have enough passion to power through any vagaries of the weather. Make no mistake, this band isn't some re-tread of Dio. They have their own identity.

Sure 'Stand Up And Shout', 'Holy Diver' 'Rainbow in the Dark', and 'We Rock' drew most response, but there is so much more to the set.

Andy Freeman does not slavishly ape Ronnie James' vocals, rather interprets them for his own style and the band dynamic. Vivian Campbell's solos have not only the distinctive stamp of the albums but are given a live flourish.

The fact that the band are now a recording entity in their own right will ensure their longevity - and at Ramblin Man 'Devil in Me' received an airing - and the dedication of 'Starmaker' to the late Jimmy Bain was an appropriate marking of the great man's passing.

For Y&T their recent travails was added to with the absence of Jonny Nymann due to a serious illness. However, the band's determination to play the date was clear and while at times it wasn't as tight this was not something that affected the mood and atmosphere.

With more than 40 years of experience and a catalogue of songs to chose from they served up a balanced set filled with songs that were instantly recognisable from the first couple of notes.

'Hurricane' as the opener perhaps suited the prevailing weather conditions but the wind and rain was ignored by an audience that revelled in ''Winds of Change'.

And, as many were making a return to Ramblin Man 'I'm Coming Home' was an appropriate choice. 'Mean Streak' and 'Rescue Me' were some of the more outstanding songs delivered.

With the strains of DC's 'It's a Long Way To The Top' reverberating across the arena the stage was quite literally set for Saxon, who arrived with a 'Battering Ram'.

Their blue collar metal, born before NWOBHM was defined, has a pure honesty running through it. Each track has a sentiment that has, in 2017, still remains fresh.

'Motorcycle Man', to coin a phrase, revved up proceedings and the audience sang along, buzzed with an electric feeling as each successive track saw the roars raised into the Kent night.

Biff is a consummate frontman, congenial, humorous and self-deprecating as he egged on the crowd and conducted the crowd like a metal ringmaster.

There may have been a sense of nostalgia, but that didn't mean there was any less enthusiasm. '20,000 Feet', 'Princess of the Night' and 'Wheels of Steel' turned the night bright with their familiarity.

Saxon power on and like the crowd they will 'Never Surrender'. 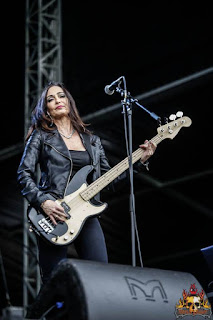 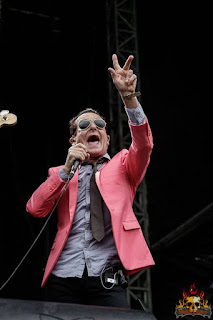 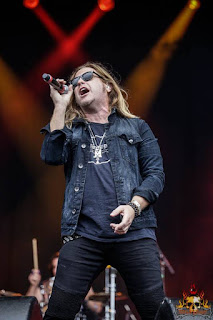 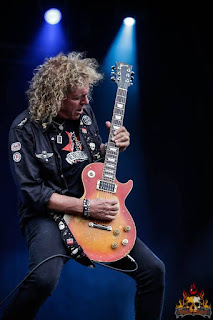 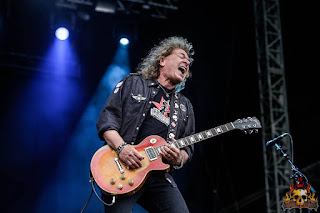 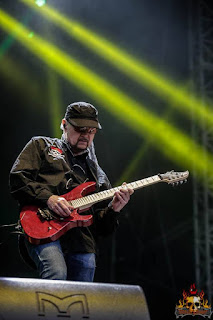 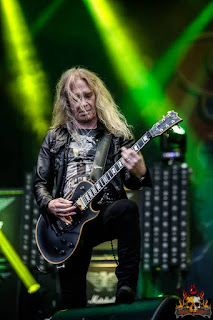 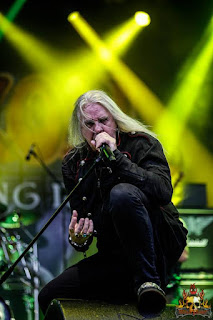