LIVE REVIEW: Spectacle and power from Muse and Biffy Clyro at Vital 2017

IT'S been an annual fixture for several years - the 'rock' night of Vital. With so many other burgeoning festival style events around Belfast in the summer months Vital still has an even feel, especially at the Boucher Playing Fields venue.

However, in contrast to many other festivals on the mainland there appears to be many who attend because it is an event, rather than a music festival. To give one example, where we were ensconced three young men in their late teens or early 20s chatted throughout every single band, their gaze never once upon the stage...

And, to a certain extent there is a Radio One Roadshow element about the first two bands. Fanglcub and Nothing But Thieves are competent 'alt' rock acts. 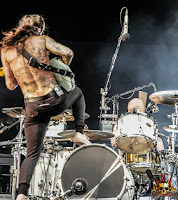 Apart from a devoted few hundred down the front who were familiar with the songs. While the Southend 'Thieves brought the first mass singalong of the evening with their closer 'Amsterdam'.

However, the night belonged to the headline acts, both of whom showed that you can be 'alternative' and still have true rock running through your veins.

Biffy Clyro have proved themselves loyal to Belfast, trying to include the city as much as possible on tours, schedules and logistics allowing - perhaps it is the early reception they received, or perhaps it is just a natural affinity between the Scots and us lot over here.

What is sure is that Simon, James and Ben lay all on the line every time they mount a stage in the city. True they may have had much bigger stages and audiences (headlining Download), but they approach each show with the same vim and vigour.

There is a compulsive energy about everything the band undertakes, as was evident from the moment 'Wolves of Winter' opening chords it was obvious that most were reciprocating that energy.

What sometimes is beguiling about Biffy Clyro is that beneath the seemingly radio friendly tunes there are arrangements that strike an almost prog element and lyrics that touch a nerve.

'Living is a Problem Because Everything Dies', 'Bubbles' and 'Mountain' have that rare mix of pomp and poignancy that is an elixir for the soul.

The easy banter of Simon - remarking about the strange site of blue skies in Belfast and saying it felt like he was in Westeros maintained the flow of the show, with 'Biblical' and 'Animal Style' the real stand-outs. 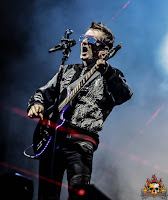 Arriving slightly late on stage Muse delivered both musical prowess and a light show that dazzled. Songs dripping with fx they still have something of power in everything they do.

Yes, the lights, the codology of Matt's Sparx-style glasses, and the samples may showcase the extravagance of the band's vision - spaced out rock that is perhaps where Hawkwind would be had they been formed in the 90s.

As darkness fell the SFX opener merged into 'Dig Down', that ended with the intro of 'Psycho's 'Drill Sergeant' sample.

For all the stage show lights, pyro, ticker tape, confetti, massive white beach balls and trickery it was the core of the familiar songs that kept the majority in rapt attention.

And, there was a sense of mischief in parts - was that a few chords of AC/DC dropped in at the conclusion of one track?

With a glint in his eye Matt announced that he'd used Ancestry.com and discovered he was 53% Irish - and said that this was no wonder as his mother was born in Belfast - sure most already knew his roots are somewhere about here, but it still drew a cheer.

'Assassin' was an awesome rendition, and 'Hysteria' was sublime, but it was the cohesion of the set that struck the right note. For all the flamboyance this had the feel of an intimate show rather than a massive festival machine.

Vital 2017's rock night will be remembered by many for the powerful sets of Muse and Biffy, but the reality is that for all the might on show the undercard needs strengthening for future years - and with it being on a 'school night' it can never compete with the weekend 'dance' night in terms of attendance.

However, that being said next year's rock night at Vital will have a lot to live up to after Biffy Clyro  and Muse's sets. 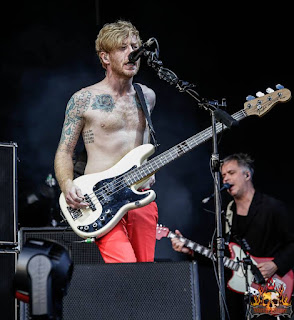 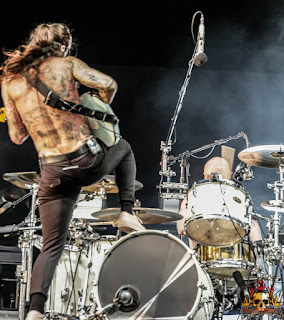 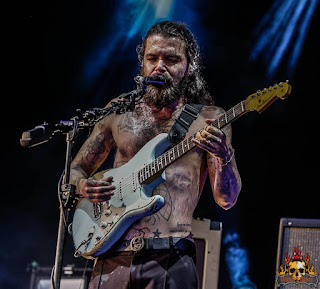 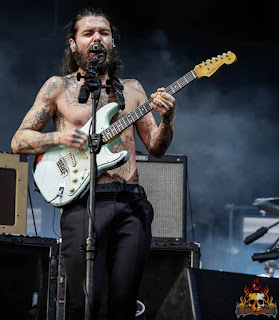 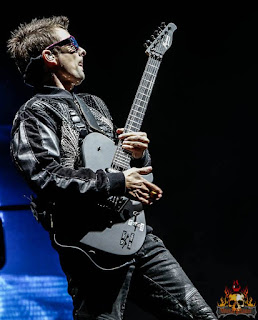 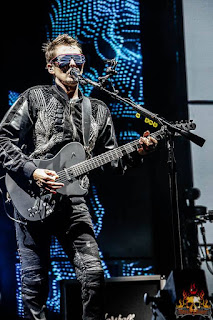 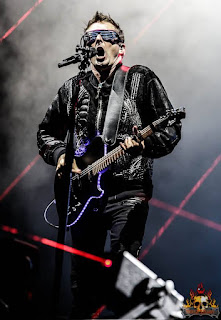 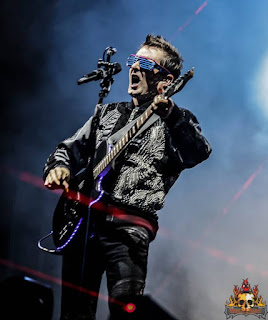