WHEN the term 'heyday' is thrown around willy nilly, usually by those who choose not to stay up-to-date with a groups current status. But fans know that strong bands are always in their heyday; and when it comes to Stiff Little Fingers today they are more relevant than ever.

When SLF and a mighty clatter of supporting acts blasted a balmy night at Custom House Square, Belfast (Saturday, 26th August) the mix of nostalgia and inflammatory music proved that the counter-culture labelled punk still packs a punch.

Young and old packed a sold out square, and those lucky to have apartments over-looking the stage, rocked, sang and partied.

True - the bands have noticeably aged, but the music still sounds fresh. 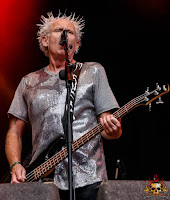 Opening where local snarlsters The Outcasts, who delivered wit with a wry grin as they pounded out 'classics' with verve. There were few who could claim they were 'Just Another Teenage Rebel' but that mattered not.

Closing with 'The Cops Are Comin' and 'You're A Disease' this was a set that had the entire place singing, and smiling.

Relaxed, but still packing a punch, Ruts DC rallied the counter-culture refugees showcasing tracks that have been stuck in the collective consciousness. Yes, 'Music Must Destroy' and it did on Saturday night.

The evocative 'In A Rut' and singalong 'Babylon's Burning' may have been the best known, but Ruts DC had no fillers in their set.

The Stranglers have also a catalogue of songs that are guaranteed to be greeted by people greedy for the melody, and they didn't disappoint.

Sure, 'Always The Sun' and 'Golden Brown' were the tracks best known, along with 'Nice 'n' Sleazy', but the likes of 'Bear Cage'  and 'Relentless were beasts live.

If the line-up of The Outcasts, Ruts DC and The Stranglers were to play Belfast it would be enough to attract a healthy crowd. To have them opening for Stiff Little Fingers was an added bonus for what is a special occasion in its own right.

40 years ago a legend was born, a legend that has resonated for decades, spoken to the hearts of people, rallied against injustice, and fought for what is right both in music and in words.

Still proving the doubters wrong at every turn Stiff Little Fingers electrify every time they take to the stage, but this homecoming gig exceeded all.

As the strains of 'Go For It' had the venue humming and yelling before a fast and furious 'Wasted Life' struck Belfast like a hurricane.

Jake was in fine form between tracks, but he could have remained mute between each song and it would have been no less impressive. There is such a wealth of material that the range of emotions are taken for a roller coaster.

Tackling the issue of depression on 'My Dark Places', the futility of violence on 'Johnny Was' and stifling domesticity on 'Safe As Houses', the messages have not been weakened by the familiarity of the songs.

The angst of youth as expressed by' At The Edge' and 'Gotta Getaway' may be messages penned yonks ago, but for every teenager still feeling that way there were thousands of middle-aged people in Custom House Square who still reflect on that period and reflect on their lives right now.

And, to a certain extent that was displayed on 'When We Were Young', a cry to keep pushing, never stop striving for our dreams, and never mind those who doubt us.

This wasn't just a Belfast audience - the momentousness of a 40th Anniversary show in the birthplace of SLF drew fans from across the UK, all dedicated to raise their rigid digits aloft.

To hear songs like 'Breakout' and 'Straw Dogs' on stage was a treat for all, but every SLF knows that the trio of 'Nobody's Hero', Tin Soldiers' and 'Suspect Device' close the main set at such a pace that the break for the encore is needed for a few minutes by band and audience.

Exhausted, but delighted...And, then the closing songs. 'Johnny Was', Gotta Getaway', and the national anthem of the disaffected populace of Northern Ireland, 'Alternative Ulster'.

While mainstream media largely looks on punk, hard rock and metal with a patronising wee pat on the head, indulgence before turned to auto-tuned shite and praising people playing their lap tops the cadre who gathered at Custom House Square still scream their disaffection to the skies.

Yes, punk is still relevant. A little older and a lot more cynical, but the ethos still holds true.

Stiff Little Fingers may be 40, but they still speak for many, and their songs are as relevant as ever; and may be more relevant than ever in this post-reality life. SLF is the antidote to complacency, the antibiotic for the bacteria of bastards in power.

Fuck the 'Fake News' narrative and join the legions of the angry - and "Question everything you're told". 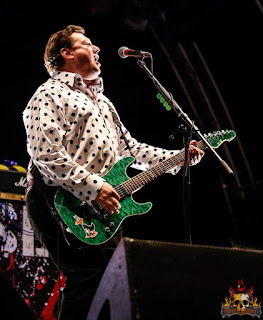 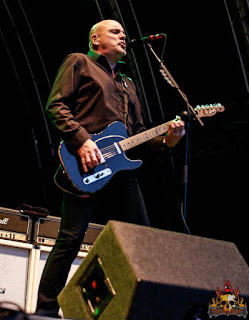 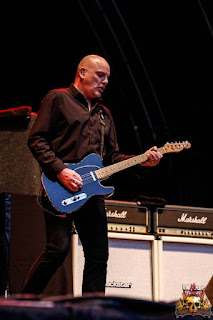 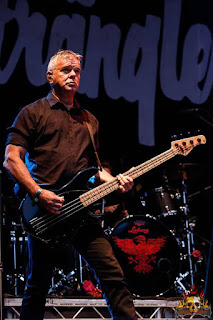 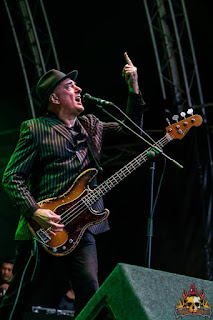 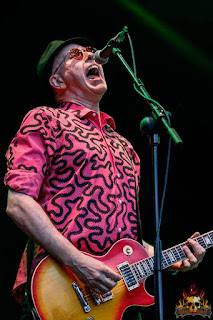 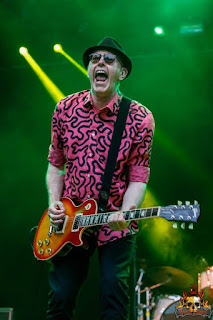 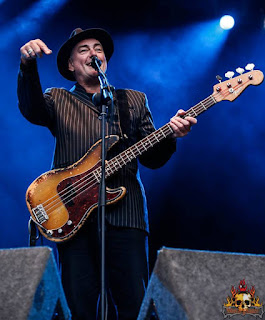 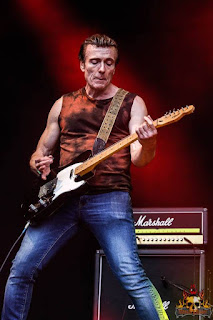 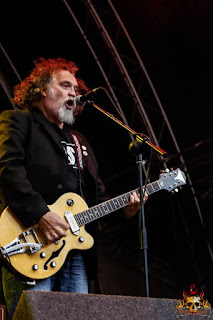 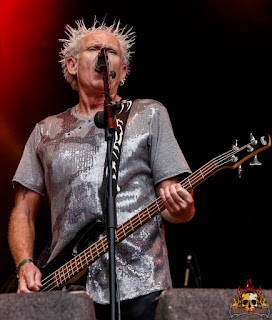 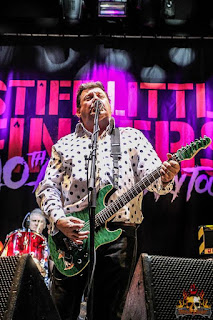 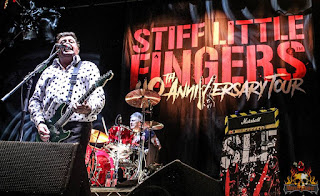 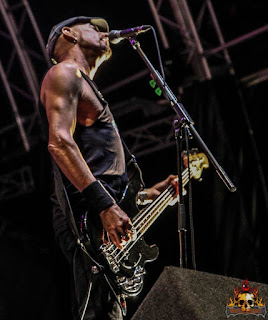 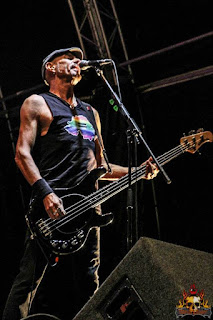 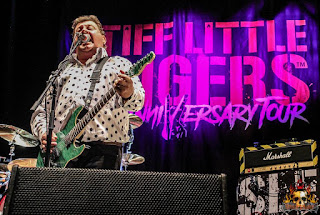