FOR their fourth full-length album Portrait have pulled out all the stops on a set of tracks that reflect just how heavy metal can be delivered when done right.

'Burn The World' pummels you with only brief respite in a lesson for many who doubt that metal has a tendency to disappear up its own arse at times.

This is a release that showcases how to keep everything in balance. From the sharp blasts of 'The Sower's Cross' and 'To Die For' it also explores lengthier structures.

'Martyrs' opens with a riff reminiscent of Maiden or Helloween, but rapidly develops into a song that has the Portrait stamp. Like closer 'Pure of Heart' it has enough space to allow development of the song; its musical and lyrical themes given space to develop. 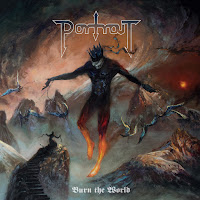 Christian and Robin trade licks and at times it is almost like they have tapped into the soul of Lizzy, UFO and early Maiden in an evolutionary step forward. Twin melody lines traded off against each other, solos that meld seamlessly...

True there are times when some of Per's vocals stray into King Diamond territory, but for fuck sake don't many modern vocalists. What is perhaps more relevant is the variety in his singing.

The use of a more contemporary structure for the title track is impressive, which is something that is perhaps revealing about 'Burn The World'.

The band have always promised much and been deservedly recognised for their progress since the series of releases that eventually saw them signed to Metal Blade in 2011, but this seems like the realisation of everything they have been working towards.

The lyrical lashing of the forces threatening the world, the tight structuring of each song (with the exception of the unnecessary instrumental 'Further She Rode') means 'Burn The World' is an album that shows Portrait are ready for the next step.

Burn The World is available now on Metal Blade 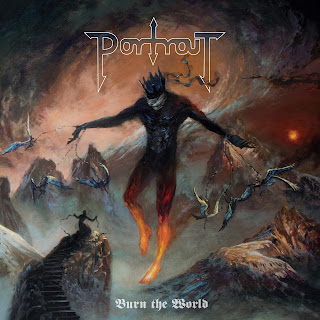