LIVE REVIEW: Masses of metal bringing the might of Belfast to bear for Metal2TheMasses final

SIX bands emerged from five heats and three semis to take to the stage in Belfast's Voodoo for the Northern Ireland final of Metal2TheMasses and a chance to play Bloodstock Open Air.

The sheer weight of talent on display throughout the weeks and months leading up to the final on Friday, 6th May. And, in Belfast it is appropriate to call the fight for Bloodstock it a titanic battle.

The prize was enough to see all on display push themselves further, cranking up the power and letting loose riffs and shredding.

With the running order chosen at random Sinocence took to the stage first. The bar was set high early with songs honed to razor sharp edge. New stricksman Ben has helped transform their melodic metal into a brooding monster.

It was like a Vulcan mind meld between the four members as they pounded through their half-hour slot.

Then the swords were held aloft as Scimitar brought thrash to the party. Bringing back their codology with plastic Scimitars handed out to the crowd. The band rose to a new level on the stage with recent shows helping them to have ever more positive stage presence.

As with all the acts they took hold of the opportunity presented by the scruff of the neck and produced a performance worthy of the final.

Brooding and menacing The Crawling emerged on to the stage like a snake uncoiling ready to strike a deadly blow. Well-paced, the three-piece manage to take slowed down death and when the time was right amp the speed up with a deadly blow to the senses.

Death was in the house as Drakonis brought their blackened death metal to the stage with the right balance of drama in visuals and music. With the mic stand adorned by a skull and appropriate make-up it would be easy to let the music slip into second place, but that has never been the case with this incarnation of Drakonis.

They are now brimming with potential, poised to reach the next level.

For all their schlock rock schtick So Long Until The Séance (SLUTS) produce an edgy performance, with fun and metal in equal measures. Keetars, make-up and the sensibility of 80s metal merged with mock 90s horror rock.

The stage presence is infectious and brings grins and movement throughout the audience. SLUTS know how to work a crowd.

With a bang Cursed Sun bounce on to stage, with a well thought out exercise in contemporary metal, taking the sounds of noughties metal, and adding a Northern Ireland take on the sound. Twin guitars bringing a distinctive sounds that builds and builds through each song.

It is fair to say that Cursed Son can hammer out metal and melody in the right dose as they end the evening's music to a close with the audience baying to hear who would lift the prize.

After a raffle for a weekend pass to Bloodstock the man charged with making the decision, Mr Bloodstock Simon Hall - after a no doubt agonising decision took the mic and proclaimed The Crawling as winners; a decision he said was tough giving the quality on display. 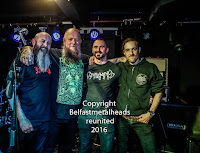 Worthy winners, and equally worthy were all who took to the stage. For the bands it was a serious matter, but the audience were enthralled by six acts showing why Northern Ireland produces a diverse set of quality metal week in and week out. 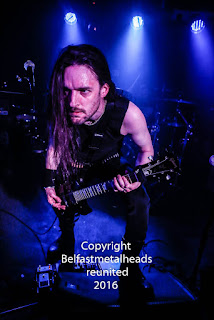 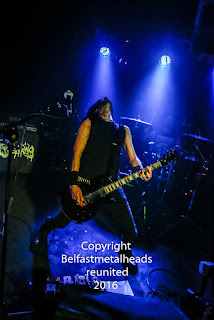 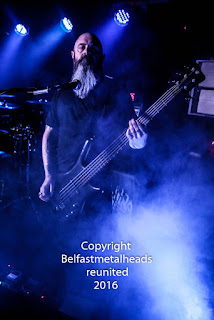 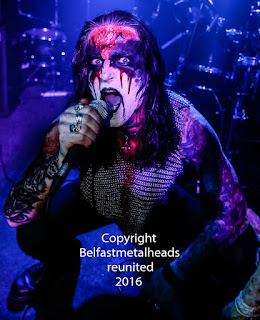 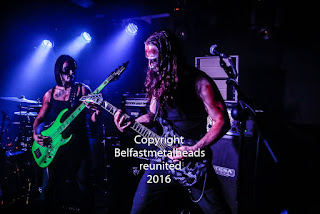 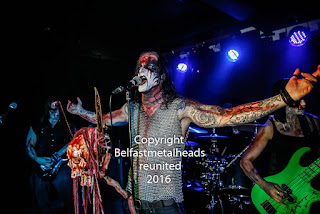 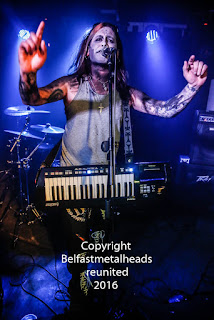 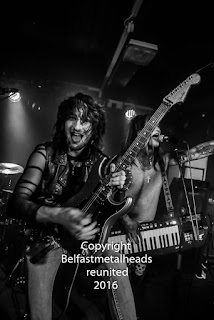 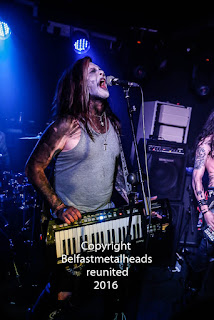 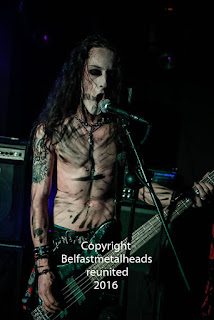 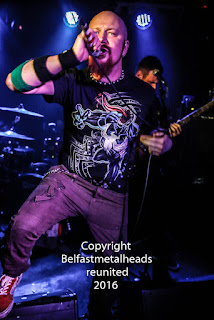 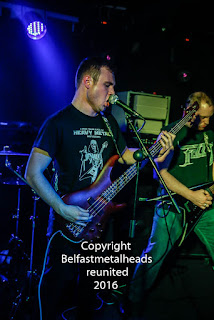 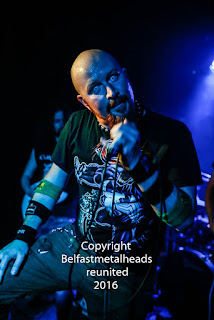 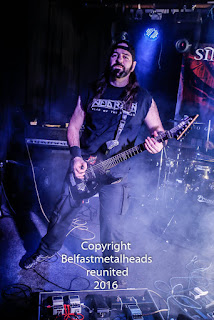 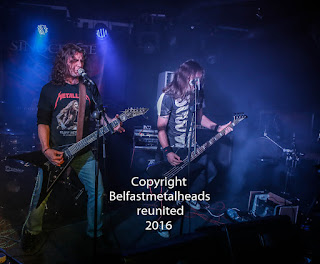 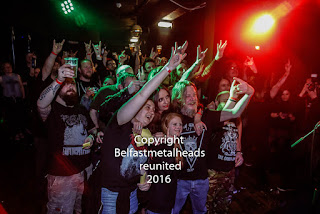 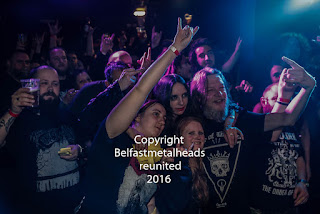 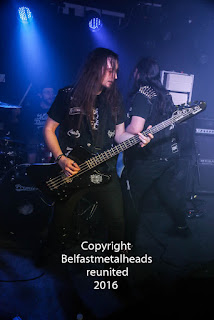 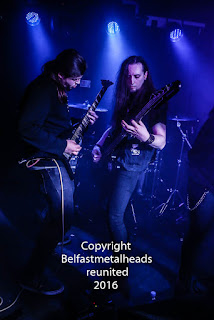 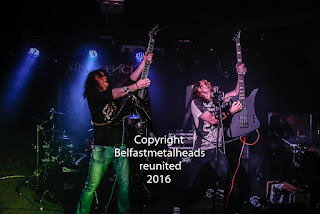 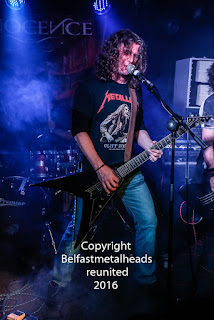 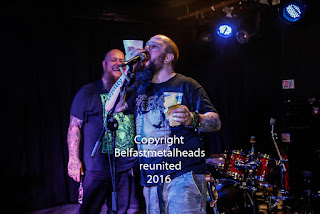