LIVE REVIEW: All the groove as Corrosion of Conformity land in Belfast again with local heroes Zlatanera

IT seems they like it in Belfast, because Corrosion of Conformity rolled up on Sunday May 1st for the second time in the city in less than a year. And, they delivered a set as if they were young pups rather than seasoned, tried and tested NOLA veterans.

In a lesson that could be learned by many a band the members of Corrosion of Conformity mingle with the audience before doors, sip pints and have their pictures taken. Simple courtesy to the fans and good manners.

Before they bring their southern groove Satan was in the house, as Zlatanera bring their devilish sound to a venue that was filling up for Sunday's service at the Church of Metal. They are a band that has been building and growing at a steady rate; sure-footed and wily as a serpent instilled with metal blood.

The collective experience in other bands have been telling as they have emerged from the local pack. The excellent 'Legerdemain' album is the cumulative song writing that encapsulates everything the band have been striving for, but live the tracks develop their own intensity.

Despite being cramped on stage this was one of Zlatanera's best sets to date. There is a sense of purpose, a clear sighted vision of what they want to achieve, as tracks such as 'Idle Hand Sataniser' and 'Holy Man's Crook' have the live breath that many try and fail to achieve.

Sure, some of the backing tracks used to introduce tracks may seem a little silly to those without a sense of humour, but they are carefully deployed and are well observed by the audience.

And, big is a good way to describe Corrosion of Conformity's sound. As was the case in June 2015 they have a fuck off, honestly ear busting grooves, no doubt aided by an old school big back line. Digital compression, overly complicated pre-amps? Nah, stick a big stack up there, plug in and play.

Foundations rumbled, the crowd roared and CoC played. Pepper and Woody wield their axes with deceptive ease, while Mike and Reid anchor everything together.

With a set list that includes most fans it is almost impossible to credit one track over another.

'Wiseblood', 'Stonebreaker', and 'Vote With A Bullet' are worthy of mentions in dispatches, but in truth all the songs stand as equals in this set.

And, it is a sign of the class of the band that rather than the usual schtick of going off stage expecting the crowd to bay for an encore they dander off with Pepper saying they're taking five minutes to have a beer and relax before the final set of songs.

In a world beset by bands bigger than their own boots, with mouths bigger than their talents Corrosion understand the simple things. Their job is to play music, and they do it well. They don't think that they are anything different from the fans who come to their shows.

Which makes the adoration they receive all the more understandable.

Review by Jonny
Pictures by Darren
Reproduction of words and images by explicit written permission only. 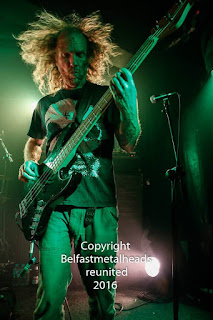 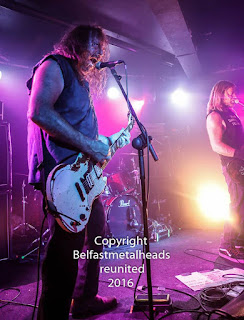 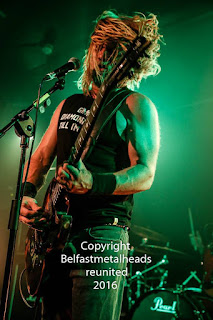 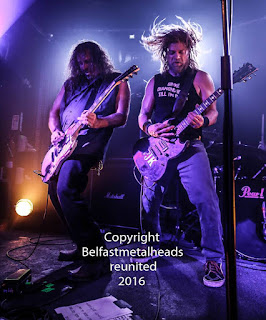 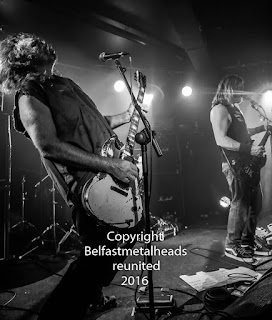 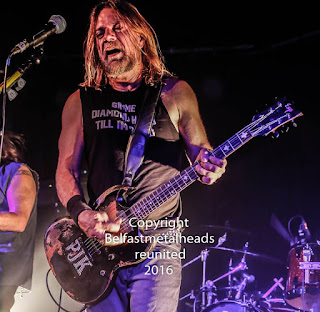 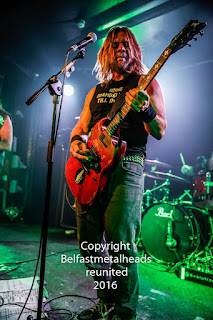 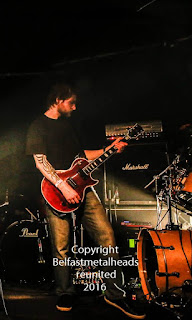 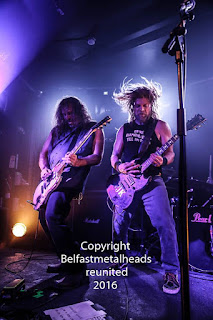 Thanks for you kind words!