NEWS: 40 years on and Motorhead are still releasing albums as Bad Magic set for August release


IT's 40 years since Lemmy took blues based rock 'n' roll, melded it with punk and metal and unleashed Motörhead unto an unsuspecting world and re-defined the path metal would take - true harbingers of what was to become the New Wave Of British Heavy Metal.


'Bad Magic' is amongst the few Motörhead albums where Lemmy, Phil and Mickey have recorded together in the studio at the same time. As Lemmy gleefully admitted in the past, previously he would leave Phil and Mickey to lay down some tracks and he would arrive, write some lyrics and lay down the bass parts. 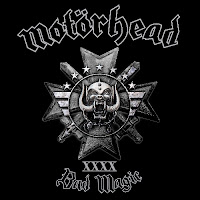 Phil has marveled in the past at Mr Kilmister's ability to do this, but it seems to have been a much more organic process this time.

With track titles like 'Choking On Your Screams' and 'Teach 'Em How to Bleed' you know that this is another Motörhead that is not compromising in any way.

What many fairweather fans may have forgotten is that this Motörhead line-up is the most stable in the band's 40 years, and have been consistently putting out good albums, not least last outing 'Aftershock'.

Produced at NRG Studios with long-time producer Cameron Webb, Bad Magic came together after a couple of years which saw Motörhead enjoy their most successful international era in over two decades.

Lemmy has also finally decided to face the fact he is flesh, blood and mortal like all of us, adjusting his lifestyle to kick the ass of health-issues.


More dates will be announced soon, so keep checking the band’s official website www.imotorhead.com as well as the following social media platforms for details.