IF the first day of Ramblin' Man Fair concluded with a warm evening following a sun-soaked Mote Park then those ill-prepared awoke to find Kent under a blanket of cloud and rainfall ranging from drizzle to complete downpours.

But, undaunted the crowd gathered, the mud underfoot and the water falling from the sky failing to dampen the enthusiasm.

Opening a festival day under such conditions is no easy task, but when the name of the band is Blues Pills then it is a fair bet that grim faces quickly turned to smiles as punters shuffled, and in some cases ran to the front.

A cynical man may say that the red-blooded males were there to 'admire' Elin Larsson, but that would only be a small few amidst the majority captivated by the band's performance.

Dorrian Sorriaux's guitar work has a pure sense of feel for the era of music the band's sound harkens back to.  By the time second song 'Ain't No Change' rolled across Mote Park Sorriaux and Larsson's musical partnership left many in awe; and by the time closer 'Black Smoke' came around most were in agreement that Blues Pills should have been higher up the bill.

﻿ Unknown to many Sólstafir were appearing in the UK for the first time, and the Icelandic band won new fans with their down-to-earth brand of atmospheric rock.

The set was all-to-brief in terms of songs played, but there was a sense of mischief from opener 'Dagmál' and the 2014 single 'Ótta' drew more people to the front.

With a banjo played for a while (and then breaking!) Sólstafir concluded with 'Goddess of the Ages' and even the rain seemed a little warmer.

Despite the weather the party really got going when The Quireboys brought their own unique brand of rock 'n' roll to the festival - and Spike knows how to throw a party. If you were to try and mould the perfect rock 'n' roll singer, who has swagger and style then you only need to think of Spike.

Backed by guitarists Guy and Paul the good times came song after song, as 'There She Goes Again' and 'This Is Rock 'n' Roll' kept the party vibe rolling along.

The closing trio of 'Hey You', Sweet Mary Ann' and '7 O'Clock' transformed the soggy Mote Park into everybody's favourite rock venue as Keith grinned from behind his keyboard as the ivories added the bar room boogie across Mote Park.

The Temperance Movement have been working hard to earn the plaudits for their straight forward no bullshit take on heavy rock, and more praise will be on its way if they keep up the standards they achieved at Ramblin' Man.

Glaswegian singer Phil Campbell's blues rock jester role in between songs was engaging and all of the band swung as guitarists Luke and Paul traded licks and smiles from opener '3 Bullets' through 'Smouldering' and 'Battle Lines' to set closer 'Take It Back'.

Many were wondering why comedian Vic Reeves had been wandering around the VIP area in the early afternoon, and it became clear when he appeared on stage to introduce Californian rockers Rival Sons. Reeves would have made the perfect MC for all the bands, but he gave only a few words for the Long Beach band.

The hype that has surrounded the band drew a significant crowd away from the shelter of the beer tents and by the time the second song, 'Electric Man' rolled across the rain drenched field that hype seemed justified as Jay Buchanan serenaded the soaked and Scott Holliday seared through his guitar work.

However, as the set wound on some of the arrangements seemed laboured in places; what works on an album could do with some trimming before airing at a festival. By the time 'Pressure and Time' came along the intensity of the support was waning a little.

It is a shame that some songs did feel overlong as Rival Sons have superb chops. Having said that the closer 'Open My Eyes' redeemed what could have felt a little too much complexity.
﻿
Exactly why Seasick Steve appears on so many rock stages with his downtrodden hobo blues is only apparent when you see the man lay it down with so much passion, a twinkle in his eye and some playing that could leave shredders weeping.

Humble, funny and smiling between songs Seasick Steve's opener 'Thunderbird' had pure passion in the guitar work. And yes throughout the set we saw him play 'The Three String Trance Wonder' and hubcap guitars - unique and beautiful.

Drummer Dan Magnusson exchanged so many grins it was infectious for all gathered. 'Walkin' Man' at Ramblin' Man - synchronicity embodied.

'Summertime Boy' 'Barracuda '68' and a mean sounding ode to life 'Keep on Keepin' On' had the Oakland, Ca. man drawing the crowd ever nearer into his life story. Concluding with 'Back in the Doghouse' Seasick Steve was the highlight of the day for many. And, it stopped raining just before Seasick Steve came on stage...

The same could not be said of Gregg Allman. Headliner status perhaps granted given his legendary work, but that felt so long ago, especially with reports of him being physically sick at previous shows.

A set that had covers of Blind Willie McTaggart, Muddy Waters and T-Bone songs kept the hardcore of Allman fans seemed happy, but from early on many were drifting away from the Classic Rock stage to the Prog and Blues stages via the beer tents.

It's not that Allman was not playing well - he was - it just seemed that the tunes adored by many from his own band and The Allman Brothers Band felt a little flat.

Surrounded by a fine set of musos 'Done Somebody Wrong' 'Soulshine', 'Melissa' and closer 'Whipping Post' were all delivered well but the magic dust was absent.

Not that bothered many that were gathered - whether sticking it out with Allman or revelling in the prog rock of Marillion it was a second great day for Ramblin' Man Fair. 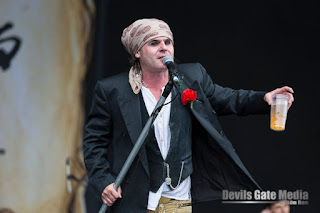 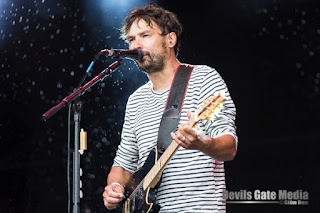 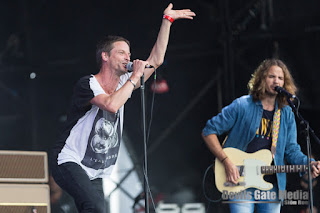 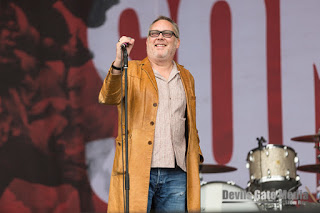 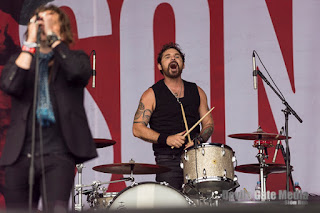 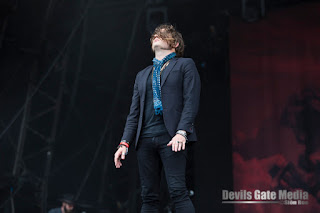 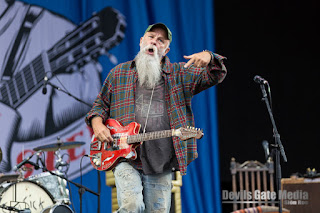 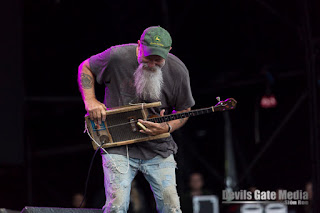 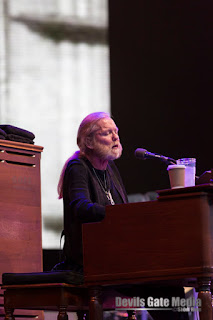 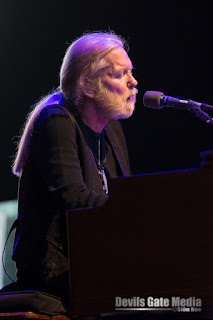 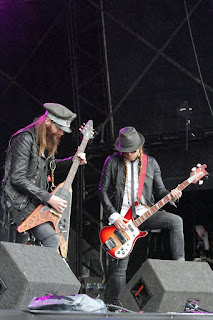 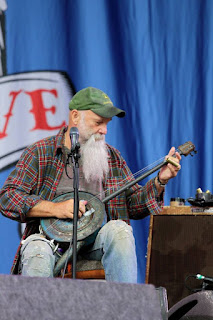 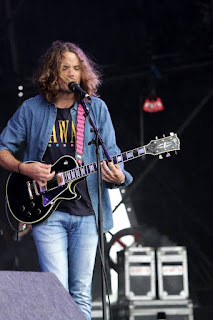 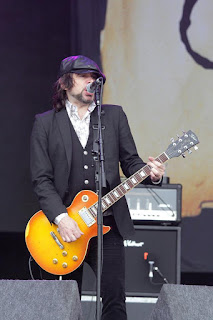 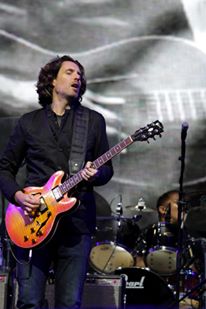 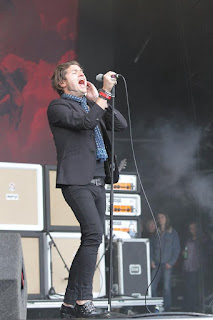 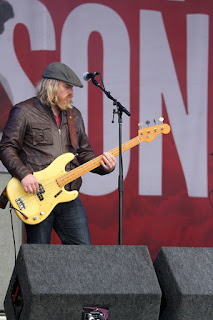 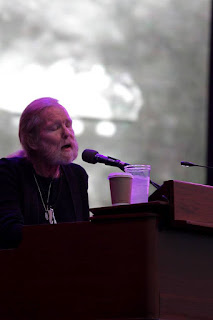 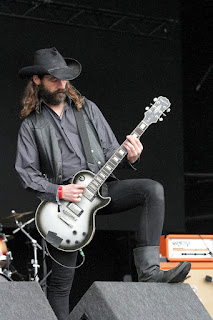 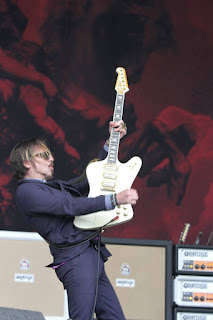