What have Madonna, Sophie Ellis-Baxter, Mel C and Prong got in common? Monte Pittman!

HE'S the most heard and most seen rock guitarist you've probably never heard of. He's appeared to global audiences, played at Slane, been on a Super Bowl half time show, recorded with a galaxy of Hollywood 'A' listers and now he's released a stunner of an album on Metal Blade Records.

He is Monte Pittman, and following giving guitar lessons to Guy Ritchie he ended up playing with Madonna, on albums and in stadia across the world.

But on The Power of Three it seems that the inner guitar god and full steam rockin' metal head has been let loose again, with Kane Ritchotte (drums) and Max Whipple (bass) complementing the Pittman fierce riffing, solos and strangely engaging melodic vocals.

It is apparent from the off that the time with the mainstream-media proclaimed 'Queen of Pop' and American Idol winner Adam Lambert has not dulled Pittman's metal tendencies.

Album opener on The Power of Three and lead single, A Dark Horse, has every thing fans could want from melodic metal.

Stand-out track Blood, Hunger, Thirst has all the elements of hard rock and metal wrapped in a tasty package that will have new fans begging for more and existing adherents joining in on the closing chant of "Strength in the Power of Three".

The mid-paced On My Mind is the ideal metal radio song, infectious without sacrificing its rock roots.

There is little to fault on this album - although at times there is a same-iness about the sound, despite the legendary Flemming Rasmussen being the knob-twiddler. 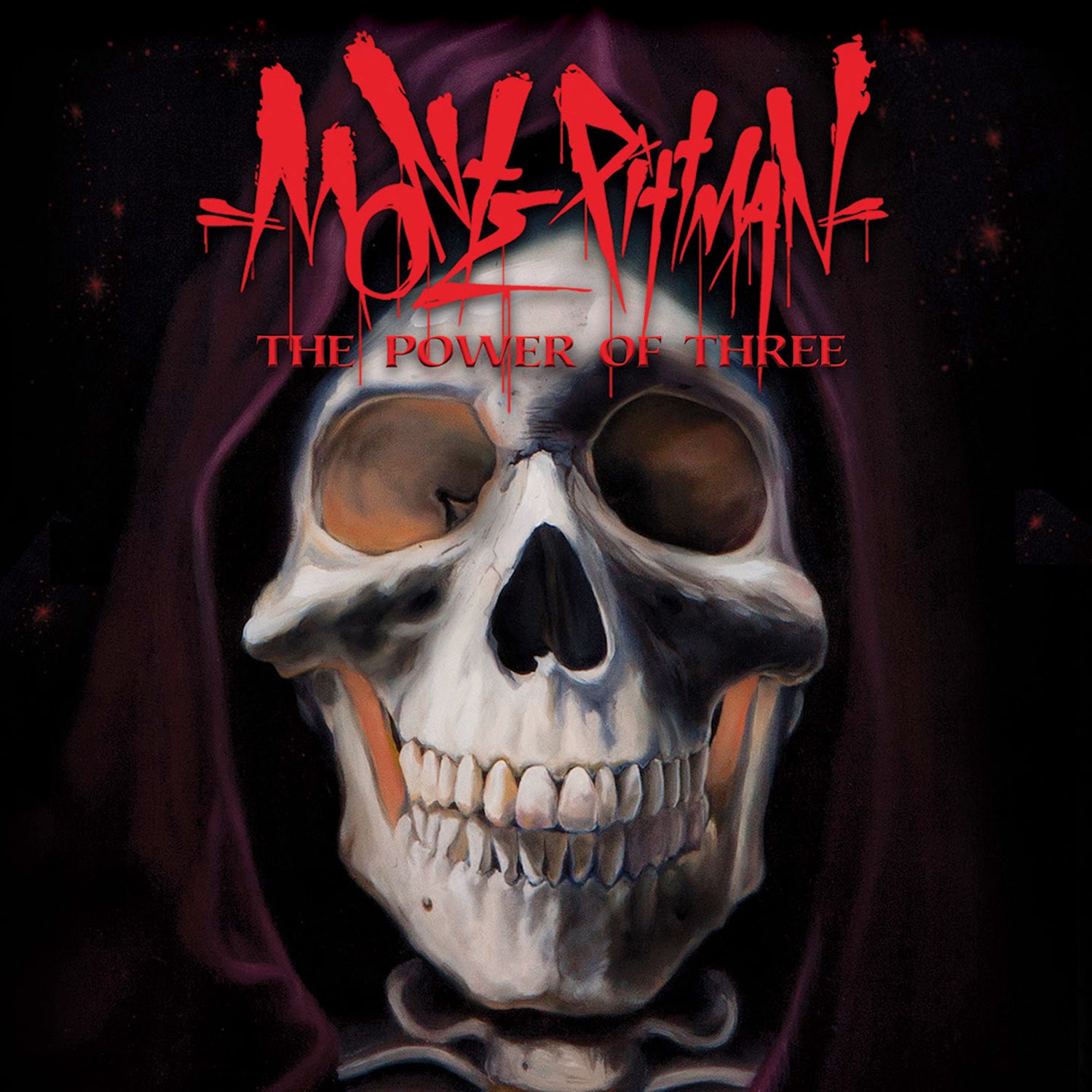 Of course, the contra argument is that the consistency lends a coherence to the album. Up until the album closer, All Is Fair In Love And War, the argument could go either way.

But the closer is a 13-minute plus epic that doffs the riff cap to Metallica, lends its solo sensibilities to the likes of a mellow Steve Vai and has a structure not a million-miles away from Prong on acid.

Strip away all the associations with pop, put away the great song writing and metal from the rest of the album and this is a track to wallow in. The structure is intriguing, almost as if Syd Barrett and Roger Waters had been caught listening to Metallica and Tool...

Some of the guitar passages are superb, but this isn't a wank-fest of widdly, widdly showing off. The playing displays a sense that the six-string attack is part of the greater whole that is the song, with Testament's Alex Skolnick adding to the solos and ex-Cannibal Corpse Chris Barnes lending some vocal menace.

If you don't think you have the stamina for a 13-minute epic (and why would you now!) the second single off The Power of Three,  Before The Mourning Son is a goods starting place for Pittman newbies.

Across this album there is exemplary playing on show, and well-structured songwriting that is worthy of much greater exposure.

But wrap it all together and the question is was Brian Slagel right to sign Monte Pittman to Metal Blade, given all the pop trappings of Pittman's past? Is this just a guitarist using his CV to get a deal?

Of course Slagel was right to sign a man who can turn in an album filled with metallic power and great songwriting. And, you can rip up Pittman's CV and concentrate on a guitarist who has written such a stunning five star album.

This is both classic metal and contemporary playing wrapped up in a ball of rock joy!

The Power of Three is out now on Metal Blade records.

PS - if you don't watch Madonna, the Super Bowl or other pop thingys yet wonder where you have seen Pittman before - he was one of those paying bass when Hetfield, Hammet and co jammed at Live Earth.

Email ThisBlogThis!Share to TwitterShare to FacebookShare to Pinterest
Labels: Alex Skolnick, Alll is Fair in Love and War, Before the Mourning Son, Brian Slagel, Madonna, Metal Blade, Monte Pittman, The Power of Three