THE metal snobs sometimes dismiss European power metal, but they do so without realising the sheer majesty in the unrestrained, unconstrained joy - and right now there are few better examples on the scene than the Nuclear Blast release from Sonata Arctica.

Out now, Pariah's Child, is a product of the Finnish band, and it is a product that will earn a place in people's hearts, if they give it a chance.

It is also a dichotomy. On the same album there is the relentless attack of willing silliness, such as on the track 'Running Lights' and the magisterial track 'What Did You Do In The War, Dad'.

Self-produced by the whole band the album shows Sonata Arctica at their best, and the mix by bassist Pasi Kauppinen allows all the band's talent an appropriate share of the sound.

Tony Kakko's vocals are particularly strong, without being over-bearing, such as on opener 'The Wolves Die Young' and the tremendously catchy 'Half A Marathon Man'.

However, there is one horrible track on this release - 'X-Marks The Spot', replete with Jim Steinman like half singing, half rants. Without these it would have been a half-decent song, but fails badly compared to the rest of Pariah's Child.

But, when Sonata Arctica settle down to what they do best - Euro-power metal they produce some great tracks. The nine-minute plus of album closer 'Larger Than Life' showcases what they are capable of. Elias Viljanen guitars weave around Henrik Klingenberg's keyboards, allowing Pasi's bass and Tommy Portimo's drums to roam freely through a range of rhythm textures.

Taken as a whole Pariah's Child marks a return to the power metal roots of the band; putting behind them what was slightly lost on the last two albums. This return to form is something that the band reflects in the artwork. 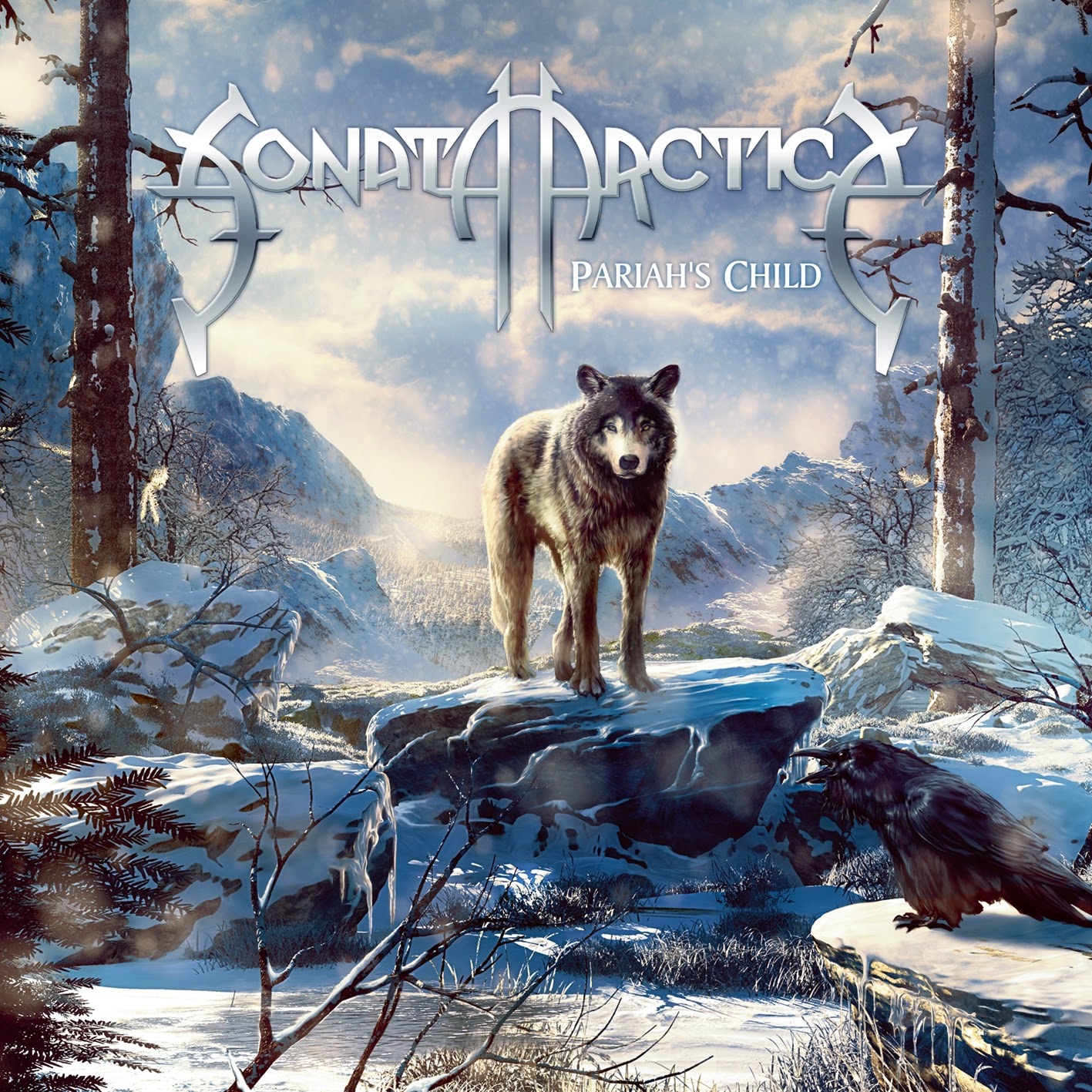 Tony Kakko outlined this when talking about the concept behind the cover art.

“As always it's pretty hard coming up with a name for the new baby.," he said. "I tried to approach it from many angles; how this is our 8th album and how easy it would be to abuse that fact. All the symbolism of figure eight, eternity and so on.

"But that just did not feel right as it's been done so many times. Then I started to think how we'd in ways abandoned our "totem animal", the wolf and all what comes with the territory. As the music on the album is bowing more towards the "old" Sonata, meaning more power metal style elements and wolves in many of the songs in one form or another, it was clear we need a wolf on the cover. An abandoned wolf. A pariah. Or Pariah's child, actually. The new generation to bring the old logo back.”

Perhaps this development of a 'concept' is lost in some of the lyrical themes, but when you take the likes of the song 'Cloud Factory' on face value as a sci-fi song played in a totally straight-faced manner.

Pariah's Child is an exemplar of both what power metal can be, and a realisation of Sonata Arctica as a band. It is also an album that you can stick in the car and race through in joyous abandon, or sit back at home soaking up the exuberance. Either way, metal snobs may even one day put aside their pretensions and just enjoy Sonata Arctica's eight release.
Posted by Jonny at 9:21 pm