Symphonies of the Night, Shakespeare and female power - Liv of Leaves Eyes tells all

FOR many younger fans of rock and metal, the experience of watching the music rock channels on the TV meant they may have thought that metal with a front woman was a strange and weird place where only the semi-laughable Amy Lee was present.


Yet had they expanded their horizons beyond what the trend magazines told them to listen to they would have discovered a wealth of strong female singers, role models and trailblazers in a gothic melodrama that piled layers of metal with lyrical excellence and a mood and atmosphere that appealed to male and female alike.
Among the first to set the metal world alight with this ‘new’ breed of confident front women was Theatre of Tragedy, with Liv Kristine singing poignant and powerful tunes.
When Liv parted ways with Theatre of Tragedy in 2003 her and husband Alexander Krull and Thorsten Bauer formed the ever-present core of Leaves Eyes, a band which has been gradually gnawing its way towards ever greater success and ever more fans. We caught up with Liv to hear about how the latest album Symphonies of the Night emerged, her Shakespearian influences and how the core of the band continues to grow and evolve in this extensive and wide reaching interview. 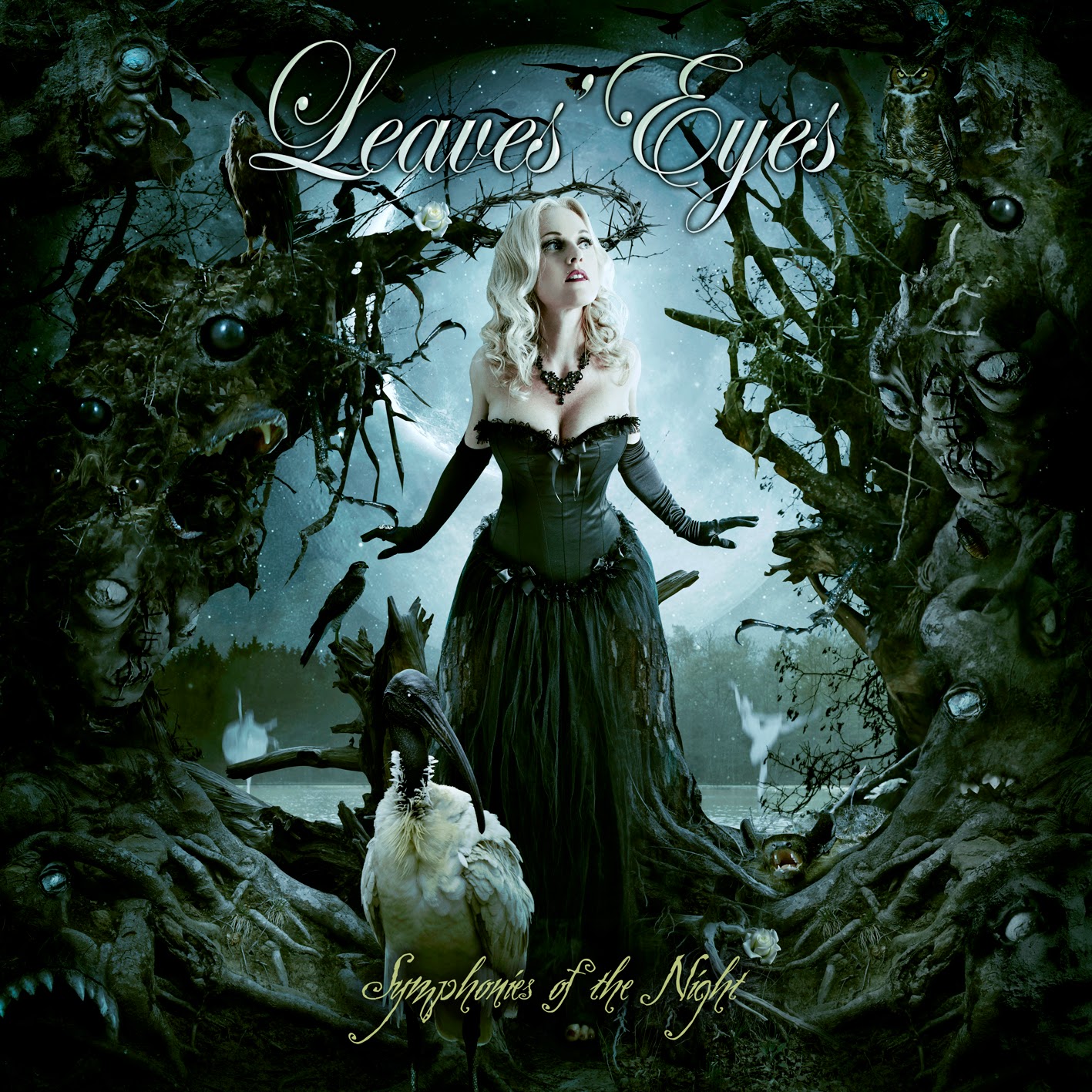 But first we wanted to know the genesis that drove Symphonies of the Night.
“It is truly a very powerful album with an incredibly great, heavy sound as well as fine, amazing details to discover for the lovers of gothic and folk-inspired metal,” said Liv. “ Alex, my husband, singer and producer is a true mastermind.
“This has certainly also brought us a big step forward sound-wise. The sound is the best we've ever had, which is due to Alex hard work and many, many sleepless nights in the studio.”


The band was also able to capitalise on recording on ‘home turf’.
“We are really lucky to have our own Mastersound studio, which makes such a progress possible. Going more into details when it comes to our last album, I would like to mention that most of the songs have a very clear structure next to the fact that we have improved and perfected the guitar sound, for example through changing the amplifier settings. It is more direct and punching.”


Liv also told us about how she thinks the band has a more established sound, on Symphonies. (Jason's review is here.)

“This album also requires more of Alex' growls, moreover, we don't have that many guest vocalists (except from my sister, Carmen, from Midnattsol) this time,” she said. “I love the contrasting elements in music, especially in the vocals' set-up.”

As a singer in a metal band there is sometimes a tendency for female front women to try and fit the lyrical codology of medieval and mythical themes, but as we noted when we reviewed Symphonies of the Night, there is a definite celebration of female strength and equality.
“The lyrical themes on "Symphonies of the Night" turned out to involve female heroes from history books and sagas,” she told Belfastmetalheads. “This wasn't really planned, however, after having written the lyrics for the demo tracks for "Ophelia" and "Saint Cecelia" I realized this is the path to follow.”


For Liv this is an extension of her interests:  “I have always been inspired by women and female characters in history and literature, especially when it comes to witches, female warriors and women who suffered because of male power and religiously based views that lead to historical tragedies, murderer and mistreatment.
And for the Leaves Eyes singer some of her inspiration comes directly from Stratford-Upon-Avon. “One of the "ladies" who has inspired me artistically since I was a teen-ager studying Anglistics is Ophelia. She one of the main characters in "Hamlet". Shakespeare Hamlet. She is Polonius’s daughter, a beautiful young woman with whom Hamlet has been in love.


“Ophelia is a sweet and innocent young girl, who obeys her father and her brother, Laertes. Dependent on men to tell her how to behave, she gives in to Polonius’s schemes to spy on Hamlet. Even in her lapse into madness and death, she remains maidenly, singing songs about flowers and finally drowning in the river amid the flower garlands she had gathered.”
We wonder how many other bands across the US and UK have been as literate…very few, but there is then a challenge to take such a magisterial sound that supports and empathises with these powerful lyrics.


“Personally I would say that in a live situation the most important thing is that the sound is clear, defined, punching and warm in its character,” said Liv. “The orchestral parts and choirs are not in the foreground of our live sound, and it shouldn't be when there is no actual orchestra or choir on stage.
“If we would have an orchestra live on stage, our settings for the live sound would change, logically.”

The core of the band is, as ever a vital and vibrant team that has kept the band growing and developing. We wanted to know just why this has been central to Leaves Eyes continuing success.


“Alex, Tosso and myself are a real dream-composing-team,” she told Belfastmetalheads. “For every Leaves' Eyes production we've just "started somewhere", going with the creative flow.
“Our teamwork is based on honesty and trust. This is of such a vital importance in a band. Moreover, all my musicians are first-class and highly talented artists, eager to develop and maximize our skills.


“To be honest, we've let any influence into our music as we felt like it; no external pressure, no "musts". I've always been quite immune towards external pressure. I listen to my artistic heart and focus on my own skills.”
Finally, having been bowled over by Symphonies of the Night it is clear that female singers and players are more and more a vital part of the metal scene. While in the past the flag-bearers were the likes of Girlschool and Doro, Liv is clear that this is a natural growth and she also name-checks some bands that readers could do well to check out.

“Luckily things started changing already in the late nineties,” said Liv. “I know that Doro has worked extremely hard to get where she is today, and she is still going strong! Personally, Doro is one of the finest and loveliest persons and artists I have ever met - we all owe her great respect and thanks.

“I still think back on all this and feel that it's kind of fantastic what happened back then when I was still a teen-ager and a huge metal fan, as I grew up with Ozzy/Black Sabbath. I have been composing and singing for as long as I can remember, but neither studied music nor music theory.


“We just wanted to be creative and innovative, being dedicated to doom and what was from then on called "gothic metal". Our first real concert war in Germany in December in the mid nineties, in front of 800 people, supporting Atrocity! You bet I have gathered a lot of experience since then!
“Experience and living for details and contrasts in music has made me become the artist I am today, steadily evolving and aiming at new goals.

Liv concluded the interview with an assessment of her path so far:


“In 2003, after Theatre of Tragedy split with me for a new female singer, I founded Leaves' Eyes with my husband and producer, Alexander Krull.
“Creativity and love towards music is the force behind my artistic work, as well as thankfulness towards my audience and fans all over the world.


“The adventure will go on for many years, I can promise you that! All of this is my life! There is only one thing being more important to me than music and my own artistic development: my family.”
Posted by Jonny at 11:55 am