THIS is not a side project of Shagrath, this is not death metallers blowing off steam - this is Chrome Division laying waste to preconceptions as they unleash hard partying, heaving slabs of rock and metal on their latest release, Infernal Rock Eternal.

As the band readily admit this is the bastard son of Motorhead, Black Label Society, AC/DC, and the harder US west coast 80s rockers.

For those of you not familiar with Chrome Division, they are made up of an assorted crew of Norwegian reprobates. Shagrath on rhythm guitar is better known to UK audiences as lead anarchic for symphonic death metal act Dimmu Borgir.

The other members are: Shady Blue (from Susperia) on vovals; Kjell Aage Karlsen (from Gromth) on lead guitar; Age Troite (from Shot At Dawn) on bass; and, Tony White (from Old Man's Child).

This is the third album from Chrome Division and by far the most rounded of the releases yet, with more depth to the playing, arrangements and lyrics.

Whereas the début Doomsday Rock 'n' Roll seemed a bit of fun and the second release Booze, Broads and Beelzebub was a little 'sameish', then Infernal Rock Eternal is a smack in your rockin' face. 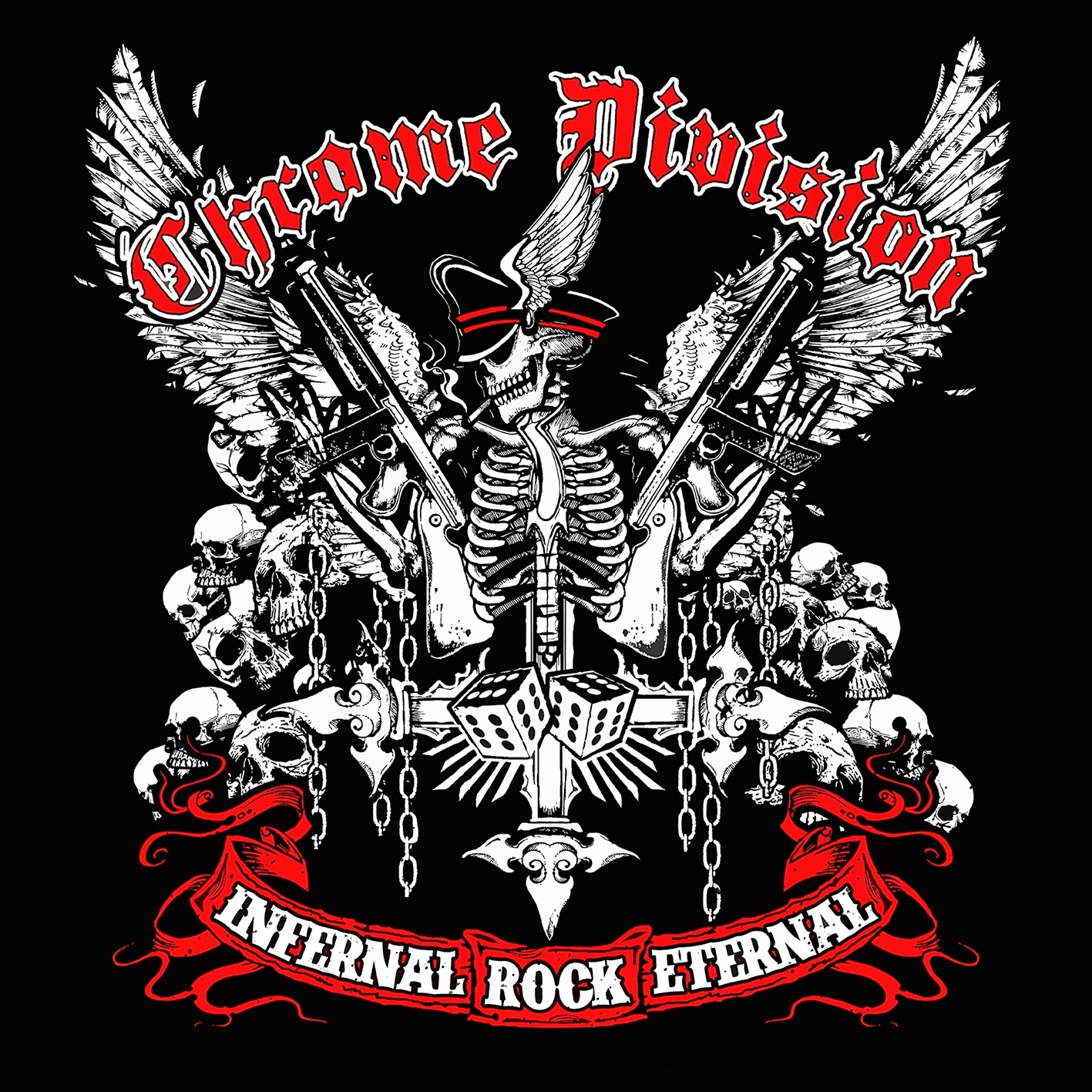 There maybe an instrumental to open and the BLS flavoured Endless Nights as the second track from there in this is a tremendously fun album, which sees the band in toto amalgamate what seems to be their formative rock and metal influences in a complete package.

While (She's) Hot Tonight and Mistress of Madness conform to the rock 'n' roll stereotypes thereafter there are is a diversity in the tracks from the touching Lady of Perpetual Sorrow through to the 12-bar homage on No Bet For Free's warning about the dangers and evils of Vegas.

The down south Cajun flavour of On The Run Again's opening transmogrifies into a track Cinderella would have killed for when they were at their peak in '87.

Depth in songwriting is revealed on You're Dead Now, a five-minute ode to the recently deceased.

Closing with the punk/hardcore romp of Ol this is a rounded album from a collective that have found their sound developing; a collective that remembers that Chrome Division are a lot of fun, but you really can only enjoy the musical fun when there is a real intent to the music.

Infernal Rock Eternal will unfortunately be overlooked by many in the UK, but they are missing a real rock 'n' roll heavy metal treat - this is already set to be an overlooked contender for album of the year....

Infernal Rock Eternal is out now on Nuclear Blast. We suggest that you buy/pay for a download of it, give it three listens and succumb to its delights.

(PS - the cover art is pretty tasty and may be the basis for many tattooists freehand work in the future!)
Posted by Jonny at 12:44 pm