Damon Johnson has announced a Pledge Campaign for his forthcoming new solo album 'Memoirs Of An Uprising'. The album will receive a full release later in 2018.

The forthcoming album features ten brand new songs from Damon – and he is currently finishing the mixing, mastering and packaging around the album.

The album will be available on both CD and vinyl and the Pledge site features a whole host of very special options including signed CDs, merch, mystery bundles, guitar lessons, signed guitars, acoustic house performances and even a round of golf with Damon amongst others..

Damon said, “The fact that I’m getting to make this album at all is purely down to the support and love you all have shown for my music over the past three decades. 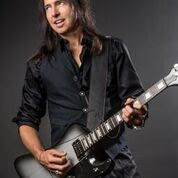 "And, as I discussed this fact with PledgeMusic, they have encouraged me to “un-earth” and make available one-of-a-kind items during this campaign…things like bundles of exclusive photos and memorabilia from all my various band endeavors; my small Peavy practice amp that I’ve written songs on ever since Brother Cane’s ‘Seeds’ album; a “still-in-the-shrink-wrap” copy of my long time out-of-print ‘Dust’ CD; even autographed guitars…and much more.

"Again, this is the first time for me to work with PledgeMusic as a solo artist. And the catalyst is absolutely this new music I’ve created. The songs are inspired and my band (Tony, Jarred & Tony) played and sound amazing as always. And I feel these songs deserve as much exposure as possible, even in this day and age where the business of making and distributing music has change dramatically.

"I’m asking for your help. I need your help! I’m at LEAST asking you to check it out what we’re offering through this PledgeMusic campaign.”

The album will then receive a full UK release later in 2018.

Damon will be conclude his UK and Europe tour in 2018 with band mate Ricky Warwick at Belfast's Limelight2 in October 15th.

The two will be playing acoustic numbers throughout their two illustrious careers as well as speaking about their experiences in music.