TAGS, genres, sub-genres, pigeon holes and definitions matter not a bit
when a band stretches themselves beyond these. Such is the case with Khemmis as their third album, 'Desolation' comes roaring like a slow moving articulated truck.

The Denver four-piece have produced a six-track masterpiece that merges classic metal, doom and smatterings of prog-metal to defy anyone trying to classify them.

Six-tracks that are given breath to live and explore the themes - the shortest track and lead single 'Isolation' clocks in just shy of five minutes and the closer 'From Ruin' is nine and a half minutes of wonderous gloom. 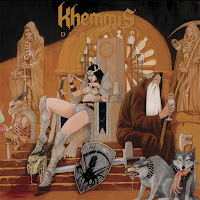 Dark melodies of misery ooze from every chord and refrain; with every terror explored the human soul is exposed to its worst fears.

While the first four tracks would stand proud in any collection of songs, 'Maw of Time' and 'From Ruin' raise the bar to heights that few could seek to achieve.

While their first two albums promised much 'Desolation' feels as if they have managed to fully capture their vision - melancholic and majestic, with arrangements that serve the song rather than be an end of themselves.

What they do in a clever way is not be constrained - 'Isolation' almost veers into NWOBHM territory briefly in its intro riffs, before settling down into familiar Khemmis' soundscapes. Opener 'Bloodletting' never allows clichés to exist in its prowess.

Phil and Ben - the Pendegrast brothers nail each riff throughout, while Daniel Beirs (bass) and Zach Coleman (drums) have a rhythm foundation for each movement in the songs.

This is an album to wallow in, to seek each miserable message out as metal catharsis for the jaded interior we all hold inside. And, after listening to it you emerged cleansed...but wanting to listen to it again.


Desolation is released by Nuclear Blast on June 22nd 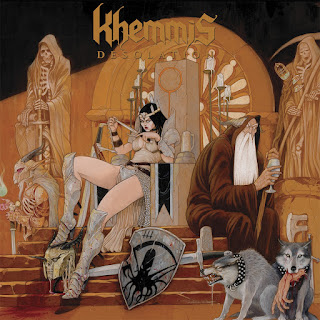