ALBUM REVIEW: Madball maul on For The Cause

"You want the truth, start a revolution." This is the declaration from Madball on 'Rev Up', the second track on their latest album 'For The Cause'.

And, this is a band that has emerged in 2018, furious, angry and as vital as they have ever been: in fact it may be in the course of time seen as one of their best.

For the past quarter of a century the NYC hardcore crew have challenged the easy path, railed against mediocrity and the perceived wisdom polluting music, politics and society. 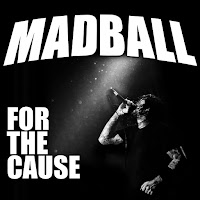 'For The Cause' is their ninth studio album and from the off it mauls the listener aurally with a set of lyrics that may raise a single finger, but is at the same time is life-affirming. The anger is harnessed and used in a sense that there is a positivity.

Sure, the sentiments are inevitably going to be a little bit of preaching to the converted, but if that spreads.

Freddy's voice is as always dripping with intent such as on 'Old-Fashioned' but the precise intonations and inflections make the message clear. "Too many of you living on your knees" -  time to get up.

Matt Henderson is back on guitar for the first time in 18 years and his riffing merges seamlessly with Freddy, Hoya and Mike.

Ice-T's contribution on Evil Ways turns it into a righteous declaration against murder. It like 'Damaged Goods' take the classic Madball Template and give it another kick in the arse.

Rancid's Tim  Armstrong stepped in behind the production desk, and seems to have managed to add a wee bit extra in the right places.

Their commitment to being good people for their families and Madball is exemplified in the brooding anthem 'For You'. This is a track that blasts with such upbeat defiance that it will be an essential live track.

On many albums guest appearances can be a distraction, but not on 'For The Cause'. The aforementioned Ice-T joins Tim Armstrong and The Business' Steve Whale on 'The Fog', and Psycho Realm's Sick Jacken on 'Rev Up'. It feels natural.

The full-on title track is tempered with a little dub to temper the fire before 'Confessions' rounds the album up in fine fettle.

In a world of 24-hour rolling news to scare the populace, when the music 'industry' demands quick returns from a succession of insipid clones, where politicians rule by soundbites and misinformation we need the words of Madball, "Get an education" Freddy declares, and you could do no worse than starting your education with 'For The Cause'.


For The Cause is out now on Nuclear Blast 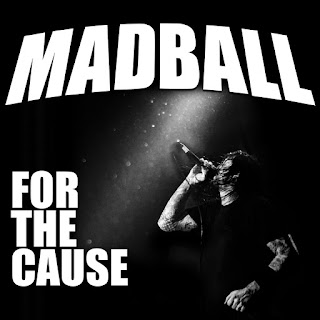