RAMBLIN Man Fair has today confirmed three new acts for the Maidstone festival including a set by Fish, who will be playing material from 'Clutching At Straws'.

Also added are Mostly Autumn and the Von Hertzen Brothers.

Fish will also be playing songs from his impressive solo recordings.

Mostly Autumn have been described as Genesis meets Pink Floyd with Celtic themes and added rock. 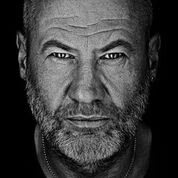 For those who saw Vob Hertzen Brothers at HRH in November all can pay testament to the strength of this band. 'War Is Over' was a tour de force of an album and live they add more textures and strength.