BY now you would expect veterans like Magnum to be calling in their albums, dialled straight in, with all the formula expected. Not for the Brummie rockers. Nope, this is a band that have a distinctive sound, but always stretch themselves.

And, on their 20th album, Lost On The Road To Eternity' they once again push what is expected of them to produce an album that is lush, filled with textures and touches that demand repeated listens to appreciate the depth within,

Opener 'Peaches and Cream' may have an innocuous title, but there is more than enough mid-tempo menace to intrigue and demand attention. 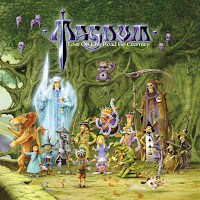 The theme is repeated throughout, and the tracks are allowed the time to breathe with the time and arrangements. Only the opener is less than five minutes (only by a second).

The eight-minute 'Welcome To The Cosmic Cabaret' is sumptuously wonderful, and deceptively edgy. Don't let the ease of the opening deceive you.

Title track 'Lost On The Road To Eternity' features a guest appearance from Tobias Sammet of Edguy/Avantasia fame. Given Bob Catley has contributed on Sammet's releases this may seem just as a favour returned, but it this is so much more. The atmosphere is added to with the Wolf Kerschek Orchestra adding that bit extra.

While Tony Clarikin and Catley remain the core of Magnum the addition of Lee Morris (taking over from Harry James (Thunder) and Rick Benton filling the shoes of Mark Stanaway, plus the 16-years serving bassist Al Barrow has given Magnum some deft touches.

It could be argued that the additions give the band overall a new breath, a new eagerness to stretch themselves creatively. Certainly some of the new rhythms and touches of other musical cultures beam through.

The growth of the band over the past 20 years has been exceptional. While some still demand the hits on the live circuit it is remiss of any Magnum fan to overlook recent releases, and especially this album.

Sure, 'Without Love' will stand out in any live set, the likes of the extraordinary closer, 'King of the World' and 'Ya Wanna Be Someone' deserve to be heard on stage. Indeed the latter becomes better with each listen.

With a tour already lines up to support 'Lost On The Road To Eternity' this is an album that every Magnum fan needs to grab hold of as soon as it is released. 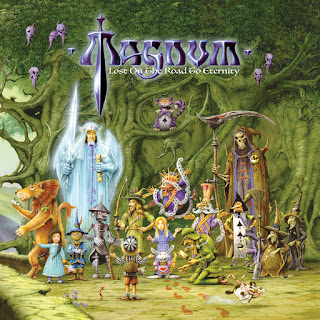