ON a cold Friday night in Belfast in the intimate venue of Voodoo, two sets of rock legends strode onto stage and gave everyone a night to remember. Local heavy rock stalwarts, Stormzone, and the heavy metal godfathers that are Diamond Head.

Stormzone filled the stage with their full on hard and heavy rock with a perfectly placed first song, ‘Where we belong’.

And that said it all…

A tour de force of pure enthusiastic energy they stormed on through ‘Another rainy night’, the anthemic ‘Three Kings’ and on into ‘The Pass Loning’. 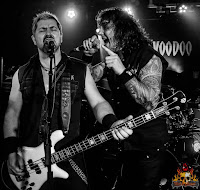 Each song was a perfect delivery of the band’s heavy style of thrumming, chugging riffage tied together by Harv’s fearless vocals. All the while the floor bounced to the wrathful beat of the drums,
delivered expertly by Jonathan Millar of Maverick.

The set continued with ‘You’re not the same’ and into ‘Deathdealer’.

It came to a close with probably the most perfect song for the night with ‘The Legend Carries On’. It certainly does. Even with a heavy cold and a sore throat Harv delivered on the vocals.

Then stepped on stage the mighty Diamond Head. From the very get go it was plain to see something was wrong. Ras, the compelling lead singer, was in difficulties.

While Harv had the dreaded lurgy, Ras had full on flu and his throat was in a bad way. Diamond Head could have easily cancelled the gig or even after the first song Ras could have rightfully called it quits.

But no, he kept going through the whole set, much to the delight and utter respect of the crowd. Many a modern pop band should take note.

With complete disregard to his throat, Ras, along with Brian Tatler and the band blasted off with ‘Play It Loud’ before going on into ‘Borrowed Time’, ‘Bones’ and the fast and furious ‘Lightning to the Nations’.

The Voodoo did not know what hit it.

Brain exhibited his absolute mastery of his guitar, delivering heavy metal as it should be. It was powerful raw energy that flowed out from the stage. Nobody could stand still, these were hefty melody laden tunes that were emotionally and physically rousing.

The crowd was pumped and Ras expertly deployed ‘interactive audience mode’ encouraging the now passionately reactive crowd to sing along. Really he didn’t need to, as everyone was singing along anyway. But his connecting with the metallers there did not go unnoticed and that placed him in high esteem from everyone there.

On into ‘The Prince’, Heat of the Night’ and the hypnotic ‘Sucking my love’. ‘Shoot Out The Lights’, ‘Sweet and Innocent’ and ‘Diamonds’ continued the masterwork of this legendary band.

It was a thing of beauty to behold, seeing this band deliver metal in its purest, rawest form.

‘It's Electric’ and ‘Helpless’ continued the heavy metal headbanging heaven that the night had turned into.

And of course, Diamond Head finished off the set with the iconic ‘Am I Evil?’. That could well have been it, but Ras valiantly pushed on through the encore song ‘Streets of Gold’, much to the delight of everyone.

All in all, it was a fantastic night of heavy metal and rock as it should be, experienced up close and personal. Literally inches away from the bands.

It emphasised that in the right place at the right time with the right bands, you will have almost a spiritual experience of euphoric proportions. This gig was one of those times. 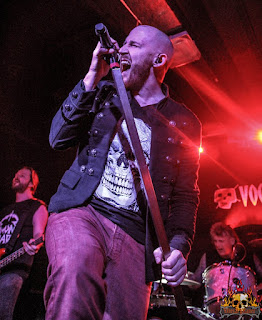 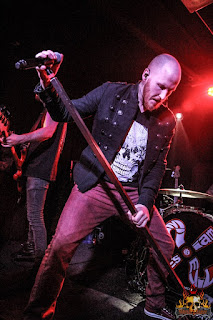 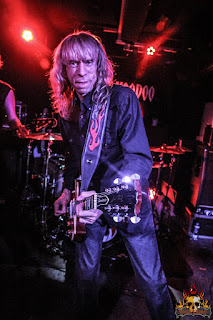 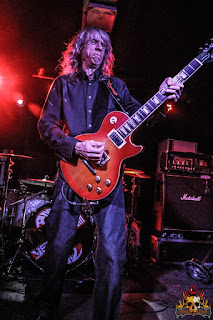 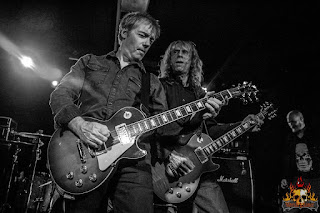