WITH the polished, snazzed up rock acts of the 21st Century busy preening themselves for photoshoots and recording their latest video for YouTube Rose Tattoo are a reminder that hard rockin' music challenged sanitisation and the norm.

As the Aussie rock act prepare for their 2018 album release and tour the release of 'Tatts - Live in Burnswick 1982' is a stark reminder of the power and the glory that pure rock 'n' fucking roll has. No frills, no fucking about, music to sear your soul and raise every instinct to primal and lift your values to another plain. 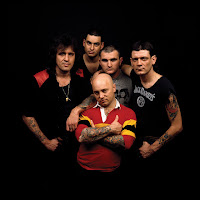 They rose to prominence at the same time as AC/DC, and like the incarnations of DC there was an edge to Rose Tattoo - blue collar bastards ready to fight.

Sure Angry Anderson went on to star in 'Mad Max: Thunderdome' and even feckin' Neighbour, but when he cries out "There's a law for the rich, a law for the poor, and I'm just a working man" on the fighting defiance of 'Assault and Battery' your hackles rise and you want to get in the ring with the Tatts.

This is raw, unadulterated rock - no pretentious shit. Expletives, honesty and life experiences.

Raised in the mean slums around Sydney Rose Tattoo have always been the real deal - just take in the narrative of the 'Butcher and Fast Eddie'...and then realise that this really is a true, well documented gang story.

If you expect your smooth, over-produced 'Rolling Stone Mobile' live production and added over-dubs this is not go you. This is raw. This is a band pouring every ounce of energy. This is what live albums should sound like.

And, there is glory in it; the glory of dirty, unadulterated and unabashed blues-based rock. Every new band trying to hook into the wave of blues rock popularity needs to listen to 'Live In Brunswick'. The Tatts were doing it better decades ago. 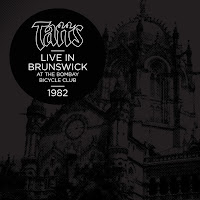 Every song reverberates with passion and the imperfection that the best live shows capture. Yep - 'Rock 'n' Roll Is King'.

Slide guitars, rollicking  riffs, snarls and cynicism are packed within. Fuck your safe rock - even listening to this evokes a sense of danger.

Rose Tattoo are the 'Rock 'n' Roll Outlaw' band and this reminded us all that yes we are 'Scarred For Life'.

Right you Aussie rockin' bastards, we know you've been through a lot since this was recorded in 1982 - but we want your arses back on tour in the UK and back on a Belfast stage.

Simply put - they don't "take shit from anyone" and while reminiscing about their past glory we for one look forward to the Aussie bastards kicking the shit out of the doubters in the new year. 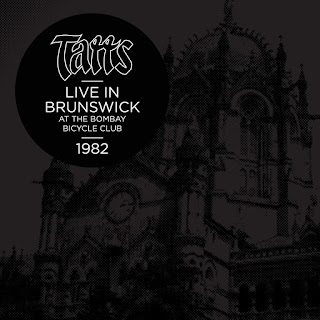