ORANGE Goblin frontman Ben Ward has launched a JustGiving campaign in the hope of raising £20,000 for the staff of music publisher, Team Rock. The campaign comes following the company’s liquidation and the announcement that over 70 members of staff are to be laid off with no severance pay six days before Christmas.

Ward said: "Today (Monday), 73 members of the Team Rock staff were told that the company is going into liquidation and that they are being made redundant with immediate effect with ZERO pay. 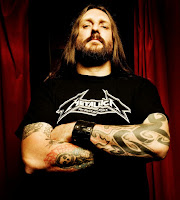 "These are good, hard-working, committed people that through Metal Hammer, Classic Rock, Prog Rock, TeamRock Radio and more, have supported the rock and heavy metal scene in this country for decades and now we, the rock community, need to pull together to help give something back."

People can donate to the campaign here:

73 people were laid off following the company’s collapse. Administrators were called in after the firm got into financial difficulties, and 27 members of staff in Scotland and a further 46 in London have been made redundant. Seven staff members will be retained "in the short term" to assist the administrators.

Administrators at FRP Advisory are now seeking buyers for the business's magazine titles and other assets. Joint administrator Tom MacLennan said Team Rock had traded at a loss "for a significant period of time". Adding: "The company explored every option to secure the long-term future of the business, however the constraints on the cash position of the business were such that administration was the only viable option. The administration presents an excellent opportunity to acquire high profile rock music titles, products and brands that have a substantial global following. "

Team Rock was founded in 2012, and bought the Classic Rock, Classic Rock Presents Prog and Metal Hammer magazines from Future Publishing in 2013. FRP have stated the company's website attracted more than three million hits per month, and the company owns an extensive archive of video, radio, images and magazines.
Posted by Jonny at 11:00 am