LIVE REVIEW: Last In Line rousing rembrance and look to the future with Toseland...plus three others

WHEN there are two shows across two venues at closely similar times it is inevitable that one will suffer in terms of attendance, but that doesn't mean that any performance suffered.

To put this in in some sort of context in Belfast't Limelight2 The Distortion Project presented the Cross Eyed Mary EP launch with Safire and Rosco's Riot in support. A couple of yards away in Limelight1 Last In Line were concluding their autumn tour with Toseland backing them.

The Limelight2 gig first act were on at 6:30, with doors in Limelight1 opening at 7pm, and Toseland on shortly afterwards.

Trying to catch all the songs from all the acts was therefore impossible (apart from Last In Line, of course) but getting a flavour of the performances, a sense of the reception they would receive was important. 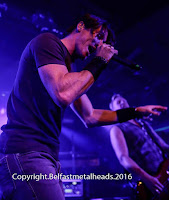 With Katy's buzzing and the queue forming at Limelight1 Rosco's Riot took to the stage to a sparsely populated venue. However, that didn't slow them down as they eeked out a muscular 30 minute set, filled with groove and taut rhythms.

As Safire took to the stage Toseland were making their return to a Northern Ireland stage to a deservedly warm welcome.

Their brand of radio-friendly hard rock has a ready audience from the off as they took to the stage with 'Living in the Moment'. Being paired with the classic metal of Last In Line may have seemed strange to the average under 40 gig goer of 2016. However, when Dio was playing Antrim Forum and Metallica played there and Belfast, it was virtually the same audiences that went to those gigs and the likes of Def Leppard. Genre boundaries? There shouldn't be any as long as the music is good.

Harkening back to the 80s in Limelight2 Safire provide a modern take on that era with poise and passion. Led by Saffron's strong vocal delivery, as per their previous show the week before opening for Raveneye the band have the songs and style to enable them to go much further. Catching half the set was enough to confirm they will continue to rise.

With Last In Line about to come on stage there was a chance to catch a few tunes from Cross Eyed Mary as they officially launched their EP 'Nil By Mouth'.

Although many of the tracks had been heard at the band's recent appearance at Hard Rock Hell X but what is impressive now is that 'Mary have most recently been able to balance their three guitar attack through solid arrangements and delivery.

The previous appearance of Last In Line in Belfast was very much as a band celebrating the first three Dio albums. Even then the sense was that this wasn't just some re-tread of classic songs to get a crowd singing.

Since then a lot has changed. When they sat down to record the album 'Heavy Crown' in 2015 Jimmy Bain was very much at the heart of the songwriting. With Bain's passing in January there may have been a question mark over LiL's future, but the band were determined to press on to honour the bassist's legacy.

Re-grouped and with other touring commitments out of the way Last In Line have been on the road for several weeks, and as well as playing like consummate professionals have made sure Bain's music still is aired for live audiences.

It was fitting that the third song of Saturday's set was 'Devil In Me' from 'Heavy Crown'. Sure 'Stand Up And Shout' and Straight Through The Heart' had the crowd well warmed up, but there was a sincerity about this track that rang true.

Bringing in Phil Soussan on bass duties is a more than qualified replacement with his experience and prowess, and after the run of shows he fits in well as does Erik Norlander on keys.

But the star in Belfast is the homecoming man, Vivian Campbell. To say he is idolised by the majority there is an under-statement. True Andrew Freeman is at the front, leading with an impressive set of pipes, but it is Campbell that draws the most cheers - closely followed by Vinny Appice.

The show was a rampage through songs that drew all back into their formative years, or for those two young calling forth a time they wished to have been born in time for.

'Don't Talk To Strangers', Holy Diver, 'Last In Line', 'Rainbow In The Dark' - all so familiar the audience could have carried the band along...and they did. A welcome and adulation.

'Starmaker' 'Revolution' and, of course, 'We Rock' closed the evening all too early.

Last In Line have continued the legacy of those first three Dio albums, but it is not a tribute show, nor is it just some side project on down time between other bands. This is a band with heritage and a future.

We can just think of the past, but we can't live in the past - nor should we. Campbell and co show that just because they wrote and played on some of the most iconic tracks in metal history and now look set to continue as if the intervening years were but a blink. 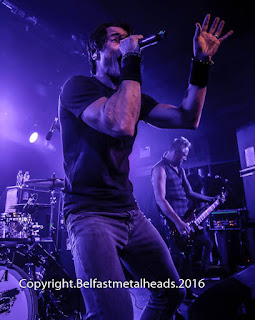 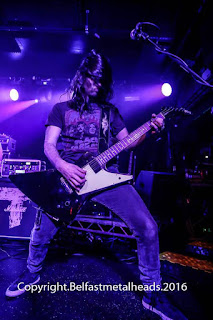 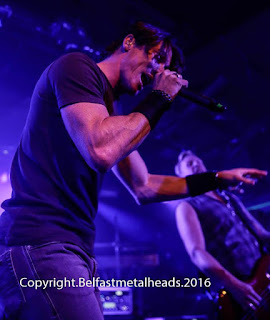 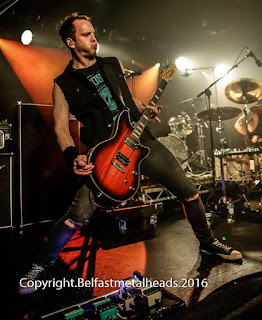 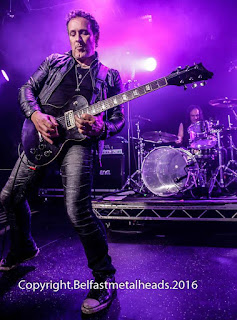 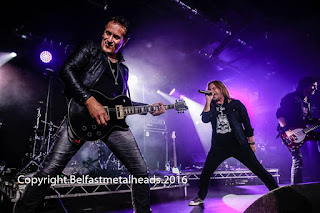