THE much anticipated new Conjuring Fate album was unleashed in the Limelight2 on Saturday (10th December)...and what an event it turned out to be: celebratory, raucous, joyous and wondrous.

It was the last show of the year presented by The Distortion Project and a significant crowd of fans and local stars were there ready to be sated with their fill of Fate.

The vagaries of a public transport this close to Christmas meant there was no chance to catch A Little Bitter, who by all accounts wowed those seeing these talented rockers for the first time. With writing underway for their next release more 'Bitter shows will be forthcoming soon.

With confidence and composure Selene brought their symphonic metal with style and substance. Singer Shonagh has a tremendous range, and works the stage with stadium like grace. 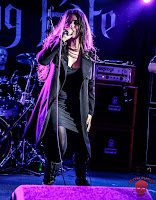 What Selene have done so well on this Saturday is balance their set as they emerge as an ever stronger act. Their ability to switch tempos and still remain faithful to the symphonic roots is impressive.

John's guitar antics add a progressive flourish at times, but whether it is runs along the fret board or solid riffing he keeps the songs moving along. Equally Thomas (bass) and Cameron (drums) remain solid when needed but add delicate touches as exemplified on songs such as 'Memories'.

As Selene concluded their set there were still punters coming through the doors for Conjuring Fate - and when Tommy and co hit the stage none were disappointed.

There is an engaging quality with Conjuring Fate. The music and the way they conduct themselves on and off stage is always professional, but once they ascend the steps on to the stage they take on an almost otherworldly presence.

Panache and power combine as they weave musical patterns that beguile and leave all beaming from front to back of Limelight2. 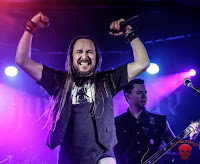 The new album is revealed in all of its finery - and each tune, even the new ones unveiled is greeted with an almost rapturous welcome.

The strength of each song is further enhanced by the entire band enjoying themselves on stage. Each time they take to the stage Conjuring Fate elevate themselves, but on Saturday evening each and every member seems to be immensely proud of what they have achieved with 'Valley of Shadows'.

Karl and Phil joust on guitars, exchanging solos and mock rivalry as songs such as the first single from the album 'Dr Frankenstein' are played with precision.

Tommy, Steve (bass), Phil and Karl play all the metal tropes, that in lesser hands would be clichéd, but such is the enthusiasm and energy it is a celebration of every taut note, every meaty metal note is a joy to listen to and watch.

Nailing each beat Bogdan batters himself and the audience into submission as the band raise themselves to quite incredible heights. Tunes like 'Trust No One' are roared out by all and all enjoy each line, intonation and piece of stagecraft as 'Mirror, Mirror', Backwoods Witch and many more were aired.

Whether it was Phil roaming the venue, Tommy pushing the microphone into audience member's gobs to allow them to join in on choruses, or the rest of the band switching places on stage the energy was contagious.

Conjuring Fate have always been consummate performers, but on the event of this launch they took it to what - to coin a phrase - was another level. 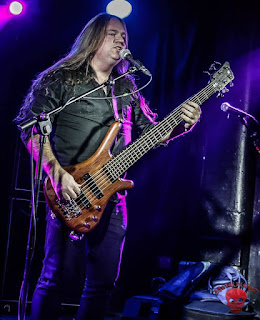 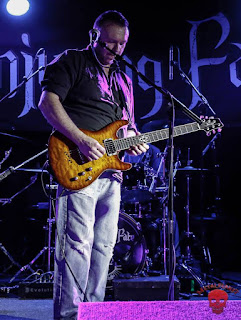 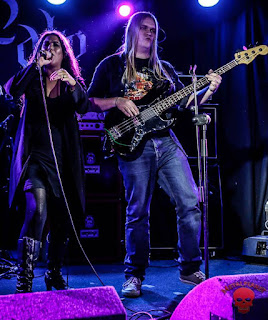 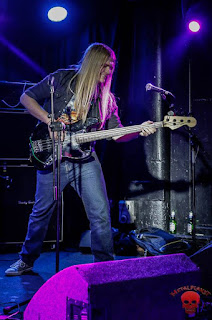 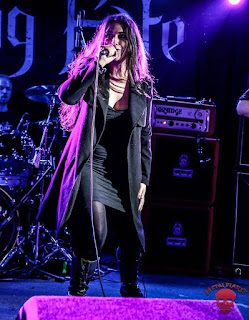 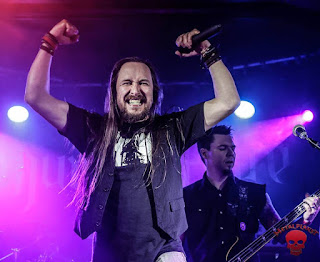 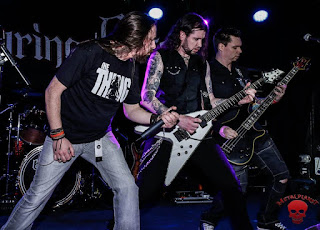 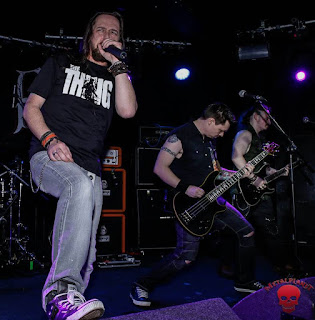