FINNISH power metallers Battle Beast have been creating a stir across the continent, without much of a breakthrough to the nether regions of the UK - but 'Unholy Savior' has the potential to make more people sit up and take notice.

After the 2013 release of the self-titled album this is a step forward without losing the essence of the band, as the stomp of opener 'Lionheart' echoes previous power metal with Euro flavourings and consistent riffing and a tasty brief solo.

Noora Louhimo's vocals are strong throughout, but are also deep and soulful on the likes of 'Sea of Dreams' and 'Angel Cry'.

There is a certain grandiose splendour from Janne Björkroth's keyboards. Unlike many of their ilk the keys are not dropped out of the mix after a song's intro. Having said that 'Touch In The Night' sees them perhaps too dominant. 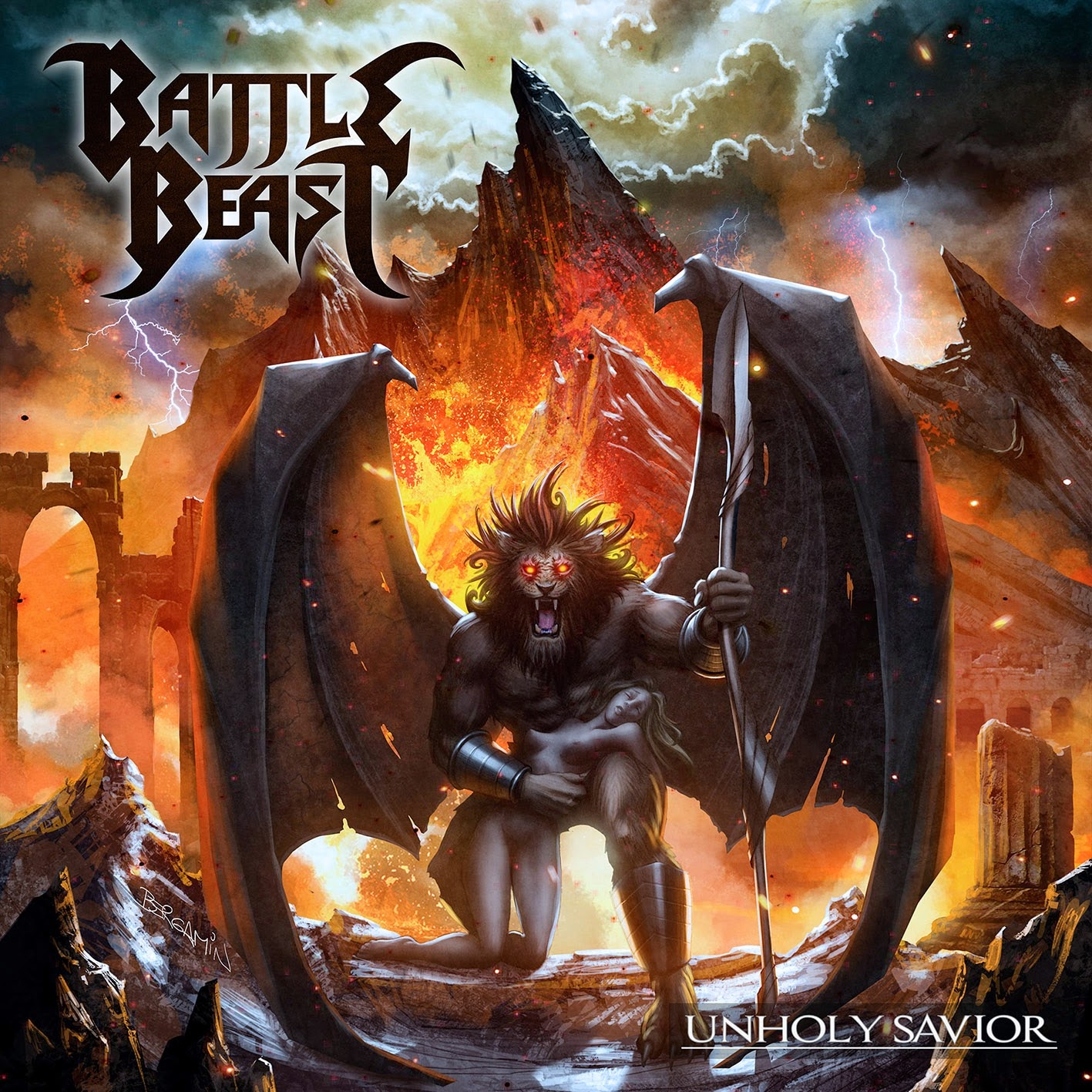 But the work of Anton Kabanen and Juuso Soinio on the axes redeems any thought this is a waffly piece of rock. The solos on the title track and on 'Speed and Danger' are nicely balanced between technical flare and solid structuring.

While attention will always be on Noora Louhimo's vocal dexterity that is to ignore the arrangements each track. 'I Want The World - and Everything In It' is perhaps one of the stand-out track as Anton underlays Noora's singing - which on this track has echoes of Doro.

All is underpinned by thoughtful rhythm guitar playing and Eero Sipilä bass work and Pyry Vikki's drumming which sits as a solid foundation each song; just throwing in enough fills to add tone and solidity.

While an immensely enjoyable listen, there will always be question marks on this type of Euro metal. This is by no means a perfect example of the power metal, it has enough quality and intriguing songs to give it a higher ranking than many of Battle Beast's contemporaries.

To a certain extent that is because for all the dexterity there is an emotional core.

"I thirst to go further as a human being and the music on this album represents a part of the ongoing spiritual journey - that's what I tend to I call it - which is my road onward. Music-wise the songs have been expanded to a wider area as an effort to call out emotions close to those I myself had during the times of birth of these songs," said guitarist & vocalist Anton Kabanen about the album.

'Unholy Saviour' seems to have has been influenced by everything the band has been facing during the past months and as the that main composer Anton was going through at the time: Questioning his whole existence step by step, wondering if his dream had betrayed him. 'Unholy Savior' reeks of death, agony, pain, hate, confusion, fear and insecurity, but it speaks of deep gratitude, longing, consolation and love. Those aren't my words - they're from the blurb and for once the PR spin is spot on.

"The album had to be done this way - through emotional hell. Having transferred these "things" and emotions into songs I feel that I'm ready to move on. But like always, I wrote songs about the series "Berserk", as well, and the reason behind writing songs about that particular series is that I can strongly relate to that, especially to certain characters and to their way of thinking and feeling," said Anton.

Even without knowing that back story the likes of 'Sea of Dreams' lyrics and the title track reveal much. Indeed despite some of the dafter lyrics there is a song core of emotion and song writing to reflect that means Battle Beast are able to rise; this isn't the all-too slick Power Metal, which too often has no 'heart'.

Instead Battle Beast have exorcised internal demons and produced an album that has real emotion: by no means perfect but a solid, entertaining and cathartic listen. Definitely stuck on one of our playlists.