Summer of metal rolls on - gear up for Soulfly....and much more

RIGHT, buckle on your bullet belts, pick out an appropriate t-shirt and get set for the next stage of the Summer of Metal.

On Thursday Max Cavalera - the man with more side projects than hours in the day - lands with his merry band of metal mayhem men in Belfast's Limelight2 for a Thursday night of grooves, fury and rhythms from across the globe.

There can be no doubt that Cavelara has produced more extreme metal, from his Sepultura days, right up to this years Killer Be Killed and the recent release of Soulfy's Savages.

Backed by his son Zylon on drums, and Marc Rizzo (lead guitar) and Tony Campos (bass) Soufly's music encompassed a range of visions, a range of topics, and a clear rage against the dystopian 21st Century earth. All of which makes this return to Belfast something special. 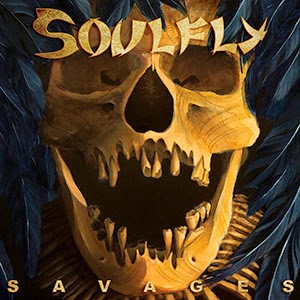 And, then we have a Public Holiday on Monday and Tuesday (14th and 15th July), which of course means more metal...

Monday sees Onslaught, Artillery and Donum Dei blast a path to Limelight2. If y'all are still standing Inquisition, Malthusian and Zion are in the Voodoo.

Shine, the Limelight1, Limelight2, Voodoo, The Distortion Project, Diamond Rock Club are offering you a smorgasbord, a horn of plenty, a cornucopia of hard rock and heavy metal.

And, that's without even mentioning the plethora of local bands who will be at RockD on a Saturday, at the Voodoo, The Diamond Rock Club et al.

Anyone who complains about not enough shows, or nothing to do, should just take a moment of their precious and check out the local listings...you'll shit yourself when you see all that's on offer.

See y'all at Soulfly.