WOW! If you want your guitars weaving wondrous technical patterns and intricacies within and throughout songs you could do worse than check out a chunk of Allegaeon's 'Elements of the Infinite'.

This, the band's second album, showcases an act determined to throw everything into the melting pot, but with the skill of a masterchef, dicing and slicing all the ingredients into a heady cocktail of virtuosity and extreme songs.

Out now on Metal Blade Elements of the Infinite should propel this Colorado five-piece to the fore, given the airplay garnered and tours undertaken behind their previous releases Fragments of Form and Function and Formshifter. 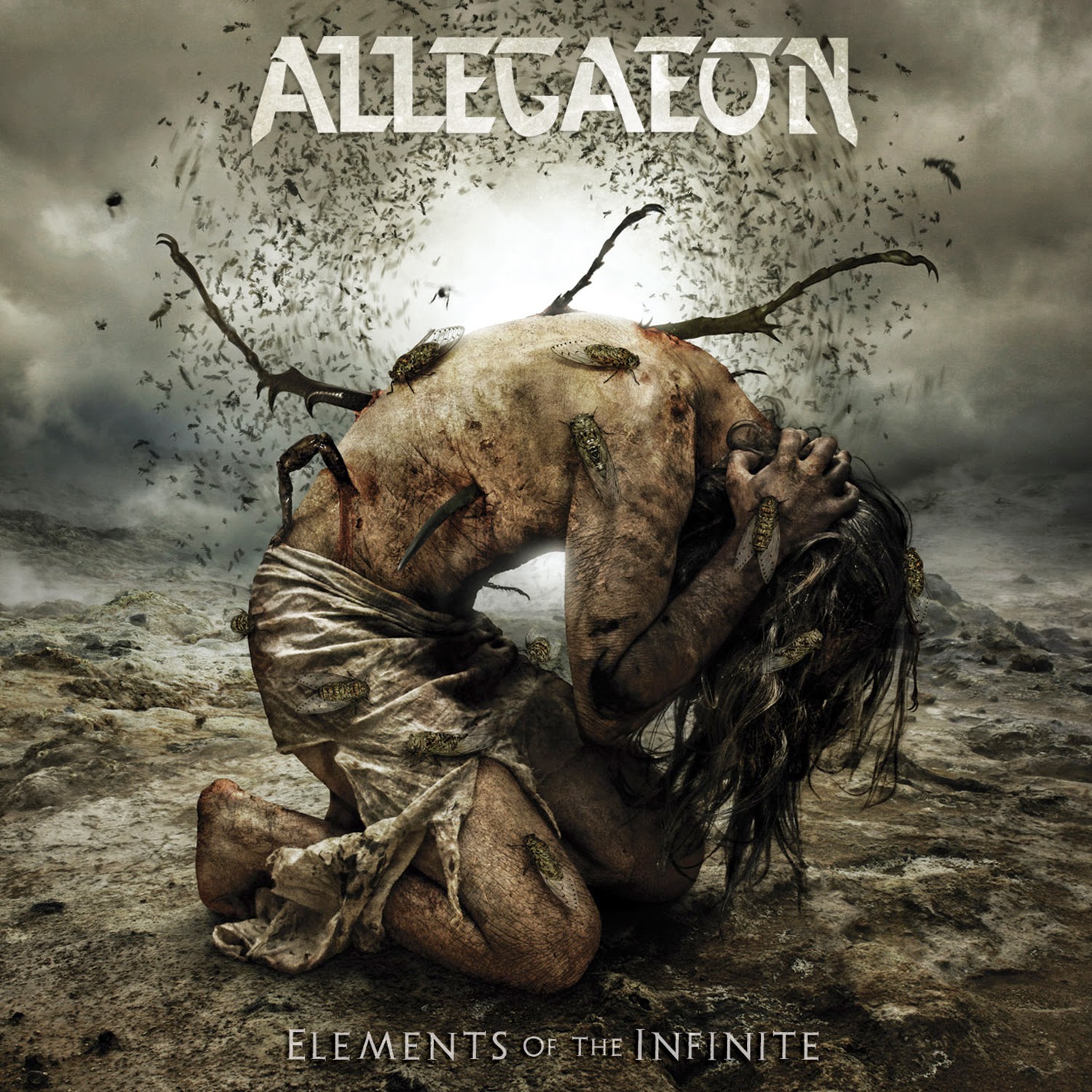 Since then they have added two new members, and we can honestly say that given the sparse exposure we have had to Allegaeon that this is head and shoulders above anything we have heard from them before, or indeed the pretenders to the twin guitar technical throne.

In Douglas Adams' book series the 'Hitchhiker's Guide to the Galaxy' drinking a 'Pan-Galactic Gargle Blaster' is described as being hit in the head by a lemon...that is wrapped around a gold brick. And that's as close as you'll get to a description of the elegant fury of Allegaeon.

Ezra Haynes throaty growls tell tales of the future such as Gravimetric Time Dilation, The Dyson Sphere and Biomech II: high concept science fiction with a basis in some current cosmological theorems.

Brandon Park (drums) and Corey Archuleta (bass) race to keep up with the dynamic riffing and furious melodic soloing.

But the extreme metal core is never lost: 1.618 an exemplar for many a band seeking to emulate the best of the genre. However, to put a genre title on Allegaeon's Elements of the infinite is a futile exercise. You end up with something along the lines of 'extreme, science fiction, technical, death, speed, deathcore, mathcore metal'. Or as we prefer after multiple listens: "damn fine extreme metal".

For those who have not come across Allegaeon before, think of Rings of Saturn only heavier and with vocals...

The reinvigoration of Allegaeon is something the band are clear about: "I can honestly say that Allegaeon is revamped," said Haynes. "With the addition on Brandon Park and Michael Stancel we have created the most aggressive album in Allegaeon history.

"It's faster, darker and carries more depth than anything we've done before. This is the most excited I've been about releasing an album. I really do think the listeners will be pleased and we are eager to get out there on the road and present it to the world."

If you want to sample some of the fury we suggest heading to iTunes and downloading 1.618 and the 12-minute epic album close Genocide for Praise: Vals for the Virtuvian Man
You'll soon click on that button on iTunes that says 'complete the album'. Better still buy the physical album, and marvel....

"Elements of the Infinite" is out now on Metal Blade Records
Review by Jonny
Posted by Jonny at 5:11 pm