TRIGGERMAN. For those who are in the know the name conjures up a hellish, groove laden, preacher metal, with more swing than a hundred playgrounds.

After the simply wonderful Hail to the River Gods album in 2012 it was with some trepidation that news of an EP release perhaps would be a placeholder, a rehash, a holding statement from the band.

Sounding like Clutch on steroids, and Hawkwind if they stopped the drugs and drank whiskey. It is three tracks that you can hum along to the riffs and bang your  heads, and down a pint with a Jack Daniels chaser.

Origins of Man kicks the fun off with a cosmic tale of where our species comes from. Bap sounds like an evangelist but mocking the story of Genesis, Darwin's evolution the sound builds to the conclusion that we were placed here by "an alien race".

Rory (drums) and Dixie (bass) keep the swing going throughout each track, while Bap and Niall roll out the riffs, with a style that is both grungy and sharp. 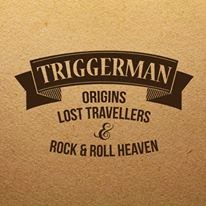 On The Lazarushian the groove hits a high point, with hints of the aforementioned Hawkwind amidst a dirty, biker style.

Anyone who has seen Triggerman live should know their statement of intent that is Valhalla. Humourous, heavy, and simply rolling with riffs and Bap's declaration of what lies ahead in the afterlife - a jam session with the greats, whiskey, rock 'n' roll, and plenty of wine, from a guy who can change water into alcoholic grape juice.

However, what a few listens reveal is that there is a real sense of a band who are careful with the noise, harnessing a style all of their own, and a our-piece that knows where they can arrange each change of tone and temperament.

Few bands could match the ability of Triggerman in allowing space in their arrangements; the light and shade makes the heaviness all the more enjoyable.

It is not often we commend readers to purchase a release - you can pick on the strength of  the words - but this is a release that you should shell out the £3 to get this simply wonderful EP.

All hail the riff! 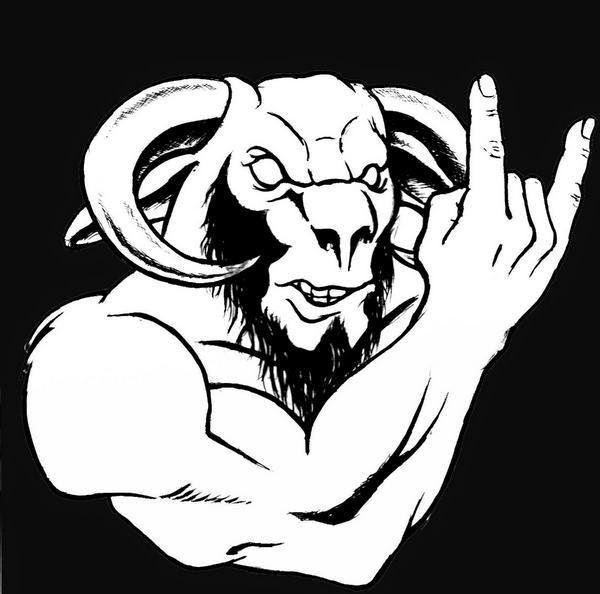